On February 6, 2021, at the Ministry of Foreign Affairs of Turkmenistan, a meeting was held between the leadership of the Turkmen Foreign Ministry and the delegation of the Political Office of the Taliban Movement, led by the head of this office, Molla Abdul Ghani Baradar.

During constructive negotiations, the sides stressed the importance of establishing and maintaining peace and stability in Afghanistan.

In this regard, it was especially noted that Turkmenistan has been providing significant support to the Afghan people for many years, contributing to the development of the Afghan economy, primarily in such strategically important areas as energy, transport, communications and connectivity.

The delegation of the Political Office of the Taliban Movement expressed its full support for the implementation of the above infrastructure projects aimed at ensuring the well-being and prosperity of the Afghan people.

At the end of the talks, representatives of the Afghan delegation made an appeal to the press and answered questions from journalists. 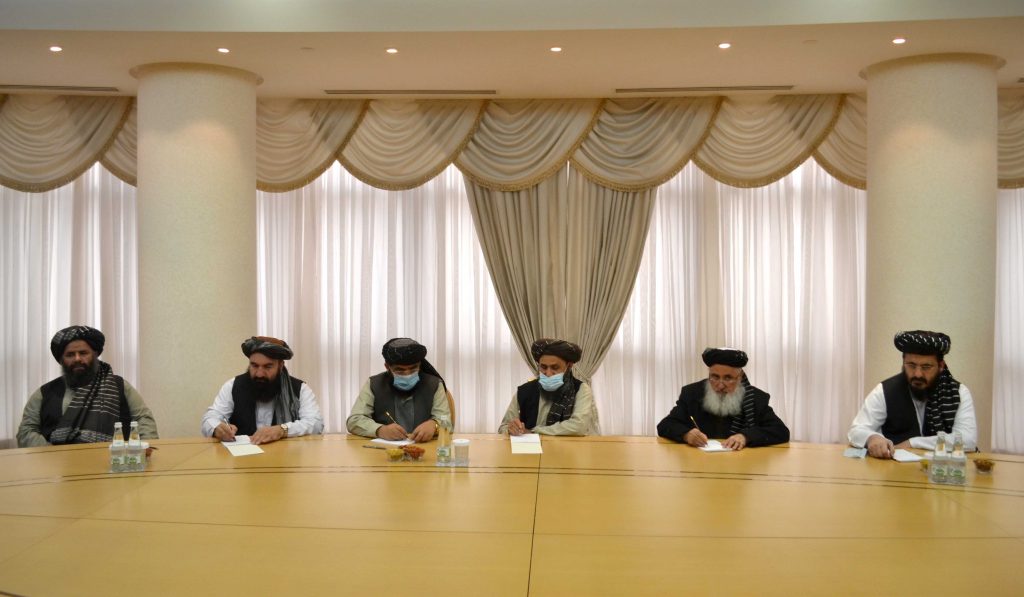 Further, the full text of the appeal is published to the press by the Taliban Political Office representatives:

“Dear representatives of the media!

First of all, let me welcome you to today’s press conference and introduce myself. My name is Mohammad Suhail Shahin and I am a representative of the Political Office and Taliban Negotiation Team.

First, on behalf of the political office of the movement, I would like to express my gratitude to the Turkmen side for the invitation to visit Turkmenistan and the hospitality provided.

Yesterday, as part of our visit, we visited two mosques and got acquainted with the ancient religious sights and cultural traditions of the Turkmen people.

Today, here, at the Ministry of Foreign Affairs of Turkmenistan, we had negotiations with the Deputy Chairman of the Cabinet of Ministers, Minister of Foreign Affairs of Turkmenistan, Mr. Rashid Meredov and his delegation, which took place in an open and friendly atmosphere. During the meeting, we gave a positive assessment to the policy of neutral Turkmenistan towards Afghanistan and the many years of political and economic support to Afghanistan that has been, is and will be provided by neighboring Turkmenistan.

Turkmenistan, as a Muslim, neighboring, neutral state, has been taking initiatives for a number of years aimed at establishing peace and development in Afghanistan.

The implementation of infrastructure projects in Afghanistan initiated by Turkmenistan deserves special attention and assessment. There is no doubt that the early start of construction of projects such as TAPI, TAP and railways from Turkmenistan to Afghanistan will contribute to the achievement of peace and economic development in Afghanistan. At a time when, on the one hand, there is a struggle for the independence of our country, we, in turn, ensuring the protection of all national projects implemented in our country, are trying to make the necessary contribution to the well-being of our people and the development of the state.

In this regard, as the Islamic Emirate of Afghanistan, we declare our full support for the implementation and security of the TAPI project and other infrastructure projects in our country.

I thank you for your attention! “