You are here: Home / Articles And Reports / Presentation of Japanese language edition of the book of President Berdimuhamedov

The presentation of the Japanese language edition of the book of President Berdimuhamedov – Traditions of Turkmen Statehood – took place at the Oguzkhan Engineering and Technological University in Ashgabat on 19 November 2020.

Here is the text of the speech of Ambassador Hiroyuki Yamamoto:

First of all, let me express my sincere gratitude for the honor shown to be invited to the presentation of the book of the distinguished President of Turkmenistan Gurbanguly Berdimuhamedov “The Spiritual World of Turkmenistan”, which was translated from the Turkmen language into Japanese. I arrived in Turkmenistan on October 24 this year, and after being in quarantine, since last week I began my work in Turkmenistan as the newly appointed Ambassador Extraordinary and Plenipotentiary of Japan to Turkmenistan. It is a great honor for me to have the opportunity to participate in such a significant event for the Turkmen people, despite the fact that the ceremony of presenting my credentials has not yet taken place. 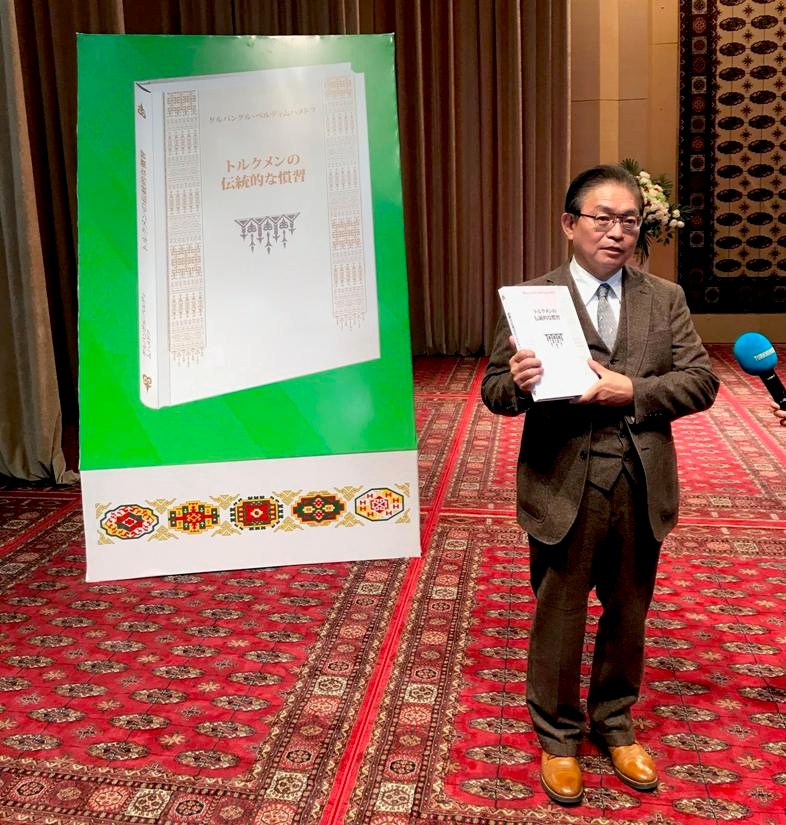 To date, the distinguished President of Turkmenistan has written many books on various topics, including a book about tea and the art of tea drinking, and it has been translated into Japanese. I am immensely glad that this time too the new book of the distinguished President was translated into Japanese. In this regard, let me express my gratitude for the fact that the Dear President of Turkmenistan and the Government of Turkmenistan pay great attention to the development of bilateral relations, as exemplified by today’s event. I would also like to express my deep respect to all those people who have made an effort to translate this book.

Historically, Japan and Turkmenistan are linked by the Great Silk Road, and our countries have much in common in the field of culture. For example, hospitality, respect for elders and a culture of enjoying tea, etc. In October 2015, when the former Prime Minister of Japan Shinzo ABE visited Turkmenistan, the distinguished President of Turkmenistan organized a tea ceremony in a traditional tent – a yurt, treating him with fragrant Turkmen tea. This traditional-style event left a lasting impression on us, who also have a tea ceremony tradition.

The Japanese and Turkmen languages ​​belong to the classification of the Altai language, therefore, our languages ​​have a lot in common, including grammar, in which a verb follows the addition, and there is no declension and use of a suffix. Therefore, we can say that both languages ​​are agglutinative languages. The teaching of the Japanese language has been dynamically activated in Turkmenistan recently. After the visit of former Prime Minister Shinzo Abe in October 2015, Japanese language teaching was introduced in 7 universities and 12 high schools, and the number of students studying Japanese increased from 50 to 7,000. 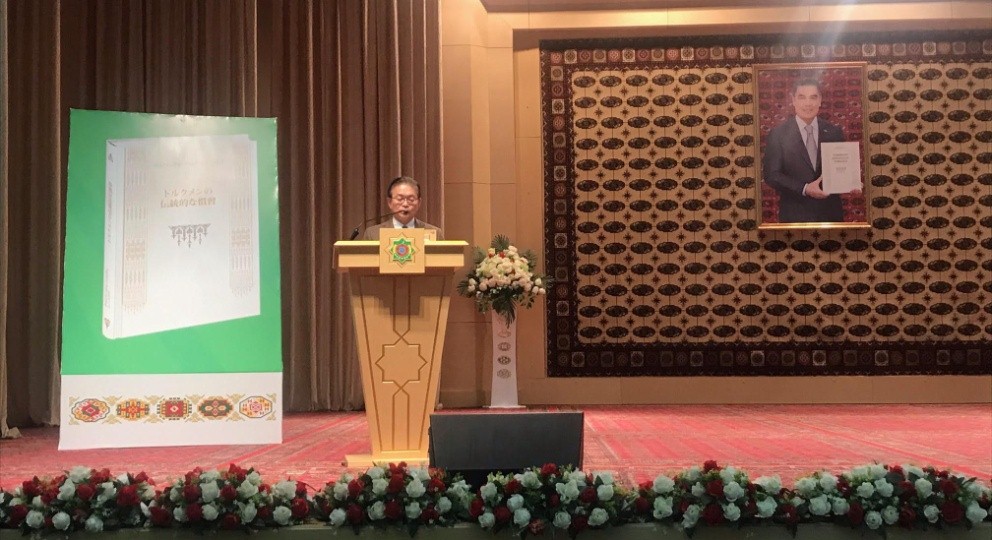 The Oguzkhan Engineering and Technological University of Turkmenistan, which was opened in September 2016 on the basis of an agreement between the heads of our states, is a unique university in the Central Asian region, taking into account that the Japanese educational system in the field of technology was introduced here with the help of the Japanese University of Tsukuba. Until now, 7 teachers and professors in the field of technology and the Japanese language have been sent from the University of Tsukuba to Turkmenistan. At that time, about 30 students from the Oguzkhan University of Engineering and Technology were studying in Japan. I hope that in the future, Japanese language learning will also develop.

At the moment, Japan is implementing many projects using the natural gas of Turkmenistan, as a result of which the economic cooperation between our countries has become at a high level. In the future, we would like to deepen mutual understanding between our peoples by continuing economic cooperation and expanding cultural and humanitarian ties. To this end, we are making efforts to ensure that many Turkmen students study in Japan through strengthening cooperation between Japanese and Turkmen universities such as Oguz Khan University.

In conclusion, let me once again express my gratitude for this opportunity and wish mutual understanding between the peoples of our friendly countries will be further strengthened through the translation of this book into Japanese.

Thank you for attention. /// nCa, 20 November 2020 (in cooperation with embassy of Japan in Turkmenistan)