You are here: Home / Articles And Reports / Trade between Afghanistan and Uzbekistan is growing despite the pandemic-caused global downturn

Despite the negative impact of the coronavirus pandemic on international trade, the bilateral trade between Uzbekistan and Afghanistan increased by 24 % year-on-year in the H1 of 2020.

The positive dynamics of growth in neighbors’ trade was announced during a videoconference between the government delegations of Afghanistan and Uzbekistan, held on 8 August 2020. 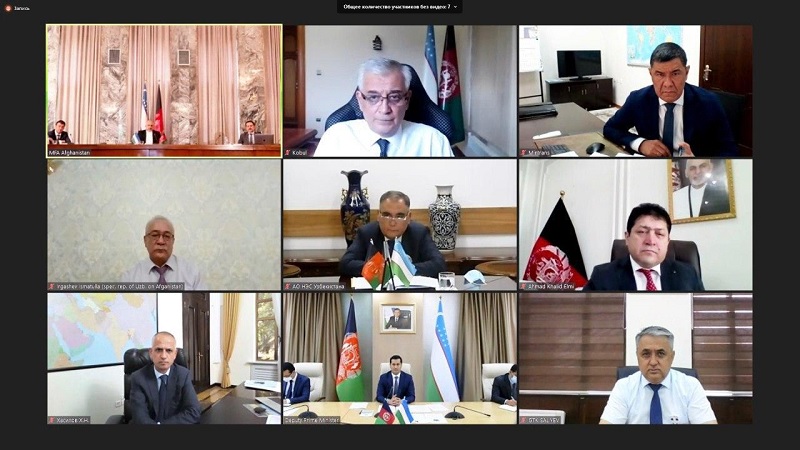 According to the Uzbek news Agency “Dunyo”, the negotiations were co-chaired by the Deputy Prime Minister of the Republic of Uzbekistan, minister of investment and foreign trade Sardor Umurzakov, acting foreign minister of Afghanistan Mohammad Hanif Atmar. The talks were also attended by the heads of the foreign ministries, ministries for transport, energy, as well as other relevant departments and companies of the two countries.

The talks discussed topical issues of cooperation in the fields of trade, energy, transport communications and logistics, as well as the implementation of a number of important investment projects of regional significance.

In particular, the parties agreed to speed up Surkhan-PuliKhumri power transmission line project and to continue cooperation on organizing electricity supplies from Uzbekistan to Afghanistan.

Another focal point of discussion was the upgrade of transport communications in the region and strengthening the connectivity between Uzbekistan and Afghanistan by developing transport corridors and using the transit potential of the two countries under the links “Central Asia – South Asia”, “Afghanistan – China, CIS and Europe”.

The sides also agreed to enhance trade relations, including by making better use of the potential of cross-border trade and exploring the possibility of concluding a preferential trade agreement.

It was stressed that the progress in bilateral relations and the proposals developed to forge the partnership will contribute to stability, sustainable development and economic cooperation in the entire Central Asian region and will actively engage Afghanistan in this process. /// nCa, 11 August 2020