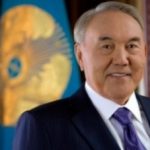 A trilateral summit between the presidents of Turkmenistan, Afghanistan, and Azerbaijan took place on Thursday in the video format. It was held at the request of the president of Afghanistan. The dominant theme was the streamlined activation of the Lapis Lazuli Corridor and the institutionalization of assets and resources to give it a panoramic viability […]