You are here: Home / Articles And Reports / President of Turkmenistan in aerial and ground inspection of Ahal province

President Berdimuhamedov carried aerial and ground inspection of Ahal province on Monday (22 June 2020). This was the last leg of the phased tour of all five provinces to encourage the Basic Self Reliance.

Flying by helicopter, the president looked closely at two textile factories being built in Babadaikhan and Kaahka districts, and the new administrative centre of Ahal that is being built in the western part of the province.

In the second part of the tour, the president drove to a grain processing facility. 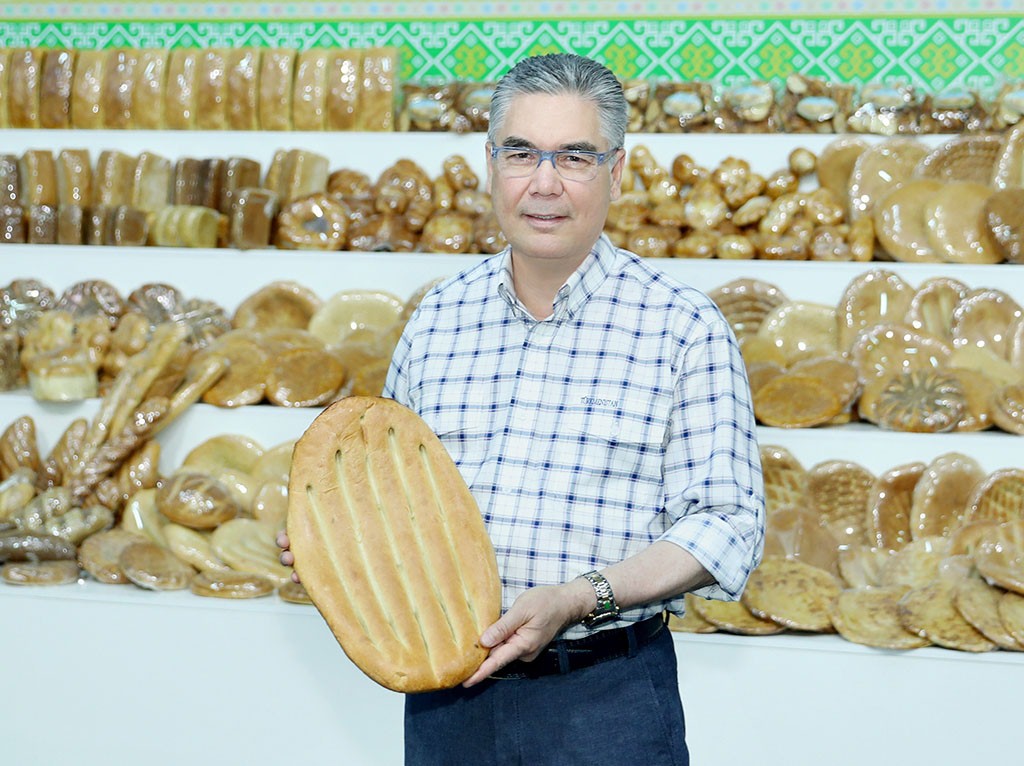 One of the textile units he observed when flying is coming up in Babadaikhan district. It will have annual capacity of 3500 tons of compact yarn. The facility will produce 20 million square meters of high quality fabric including 18 million square meters of dyed fabric and 3.5 million pieces of finished products. The construction work started in May 2018 and the facility will be commissioned in 2021.

The other textile facility inspected in the aerial tour is being built in the Kaahka district of Ahal province. It will produce 3650 tons of compact yarn annually, leading to 12 million square meters of high quality fabric including 10 million square meters dyed cloth and 1.2 million pieces of finished products. Construction work started in March 2018 and it will be ready for commissioning in 2021.

Babadaikhan and Kaahka districts are in the eastern part of the Ahal province. After looking at the under-construction textile factories, the presidential helicopter turned west and circled the area where the new administrative centre of the province is being built near Gokdepe district.

A complete city is being built right from scratch to shift the provincial administration which is currently based in the Annau district. 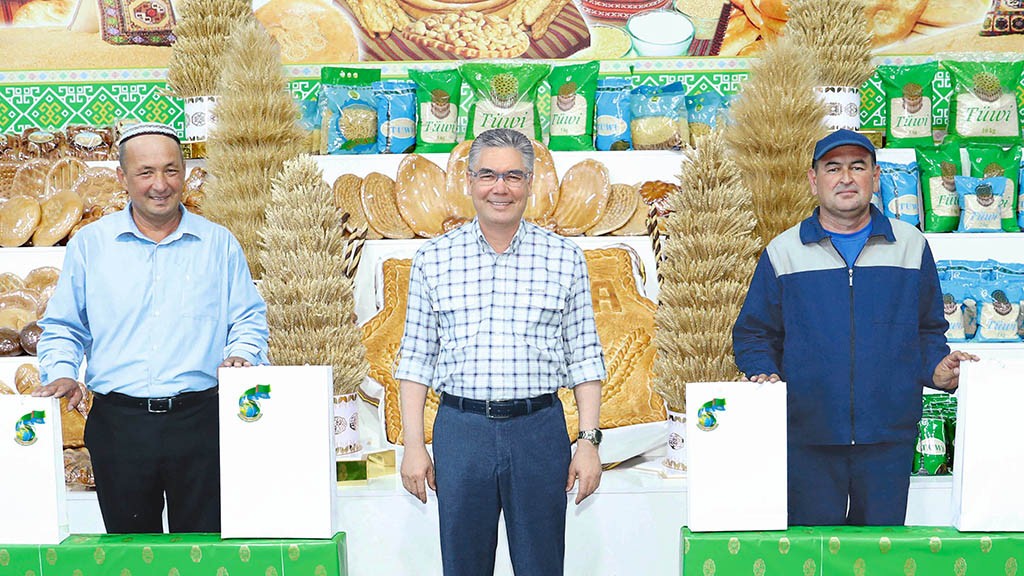 On completion of the aerial tour, the president drove by car to the Ahalgallaönümleri [Ahal Grain Products) Center. It is a wheat grain storage and processing complex. At one end it receives wheat grain from the farmers and at the other end it provides the market with wheat flour, bread, pasta, and bakery products.

The president spoke to a farmer whose wheat grain had just been brought to the facility. He also looked at how the grain goes through various stages of processing and spoke to the specialists. He took particular interest in the grading and fortification of the wheat grain.

On completion of inspection of the grain facility the president spoke to his cabinet members and other top officials. He shared his impression of the working visits to all the five provinces of Turkmenistan.

He underlined the importance of continued and comprehensive support to the farming community to ensure self sufficiency in agriculture and food products.

Speaking of the 75th anniversary of the Victory in the Great Patriotic War (WWII), the president said that he has written a poem in praise of the Turkmen soldiers who participated courageously in the war. The poem is titled Durnalar.

There is the clarity of mind. — Turkmenistan understands that no country in the world can avoid the disruptive impact of Covid-19, no matter whether it is affected directly by it or not.

We will learn to live with it with the help of some kind of vaccine, ultimately some genetic engineering, and certainly with some necessary adjustments in our lifestyle and habits.

The Monday’s tour of President Berdimuhamedov to Ahal province completes his working trips to all the five provinces of Turkmenistan. The purpose was to encourage the people who are engaged in the attainment and maintenance of Basic Self Reliance, something that is paramount for survival in the world under the shadow of Covid-19.

Agriculture is primarily about food, without which we cannot stay alive.

As was underlined by the aerial inspection of the under-construction textile factories, agriculture is also the source of raw material for our clothing. This is both an essential need and a reliable source of income.

The pursuit of the Basic Self Reliance is a composite package. It requires careful planning and integrated effort. The president of Turkmenistan encouraged it by speaking to everyone involved in the chain including the grain farmers, the drivers of agriculture machinery and transport trucks, the specialists in the processing facility, and the women who are the backbone of the society.

By a small but powerful gesture, the president highlighted the importance of avoiding the wastage at every step. He saw that some grains of wheat were lying a bit away from the pile. He took a broom and swept them into the pile.

A few grains of wheat cannot make a difference either way but it sends the message to the nation that prevention of wastage is a joint responsibility in the pursuit of Basic Self Reliance. /// nCa, 23 June 2020