You are here: Home / Articles And Reports / Over the year, Kazakhstan demonstrated its own model of evolutionary succession of power

2019 was a period of a new historical stage for Kazakhstan. For the first time in domestic political practice, a transition of power was carried out – a key and responsible issue on the national agenda. The final moment was the presidential election, following which Kassym-Zhomart Tokayev won the mandate of public trust. Thus, he became not just a legitimate Head of State, but also received electoral popular recognition. 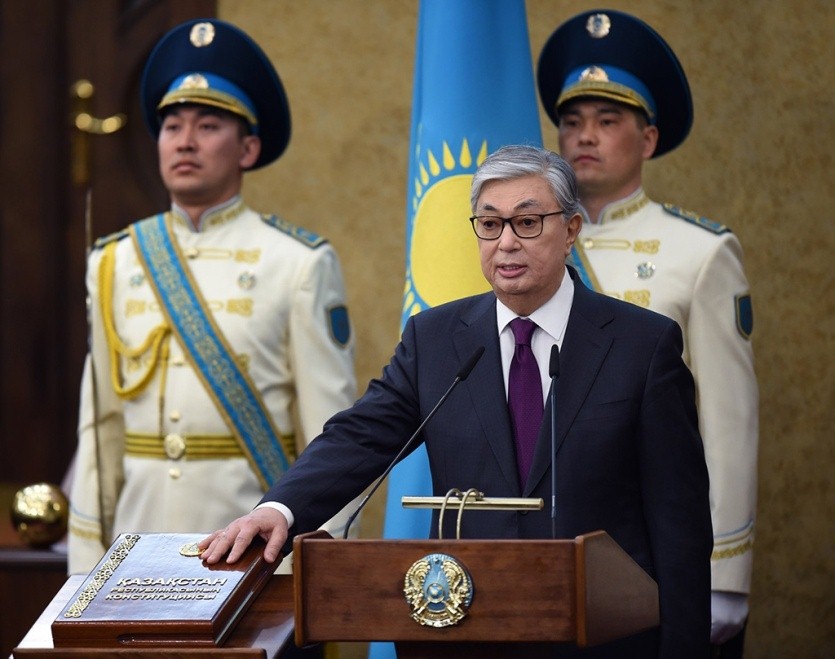 The country has entered a new historical stage, full of new hopes and expectations.

At the same time, the first experience in the shift of the supreme power strengthens personal attention to the activities of President K. Tokayev. And this is natural, since the country is on an important segment of history when the trajectory of subsequent development is laid. In addition, the international attention to the processes within Kazakhstan and its actions on the world stage has increased significantly. 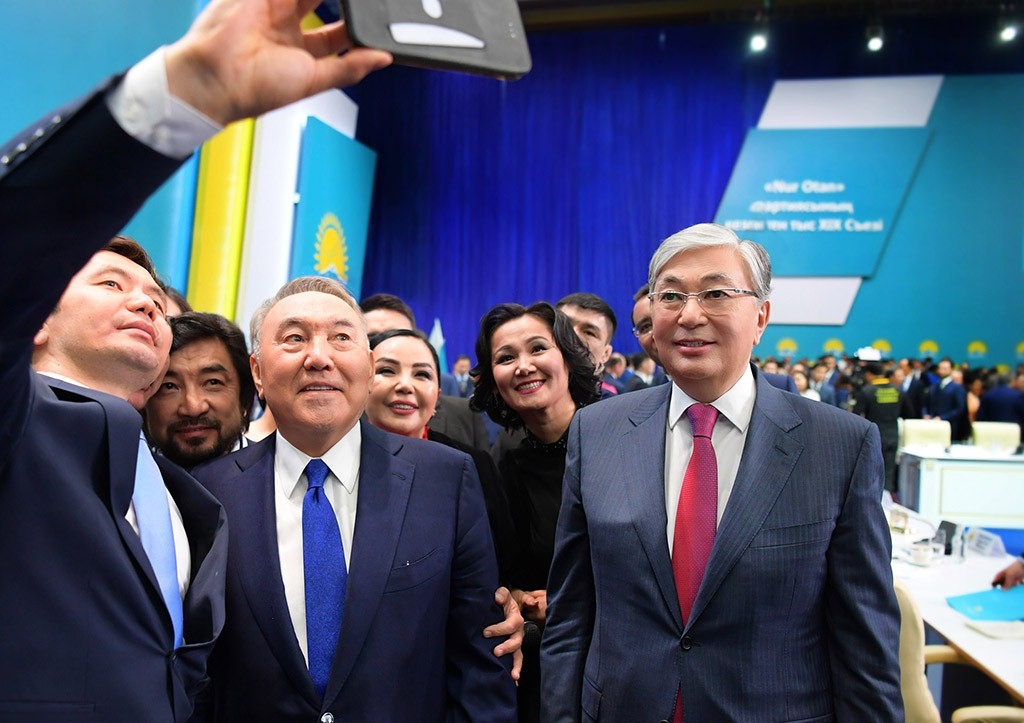 On June 12, 2019, Kassym-Zhomart Tokayev officially assumed the post of Head of State and, without “swinging,” he determined the main areas of activity and set priorities for the work of the state apparatus. An experienced manager immediately built a clear line of state policy, confirmed the continuity of the foreign policy and, even during the inauguration, announced that he would continue to implement the strategic programs of the First President of Kazakhstan, Elbasy Nursultan Nazarbayev. And all new initiatives will be focused on specificity and effectiveness.

During this year, President K. Tokaev ensured a soft and stable transfer of power, which is a key condition for the transition of power. On the one hand, he continues to implement the current state course. On the other hand, it brought a new impetus, ensuring evolutionary development. Nursultan Nazarbayev, as a national leader, comprehensively supports President K. Tokayev. Ensuring the continuity of power, the second Kazakhstani leader lays a new vector for state development based on dialogue with society, pluralism of opinions and diversity of views.

The time of political transit in Kazakhstan coincided with the period of global changes and transformations, which also left its mark on the actions of the new Kazakhstani leader. Kazakhstan also faced the task of not only following its own path, but also, in view of the country’s international obligations, to demonstrate the immutability of all agreements with partners, stability in the current development and striving for new growth horizons. 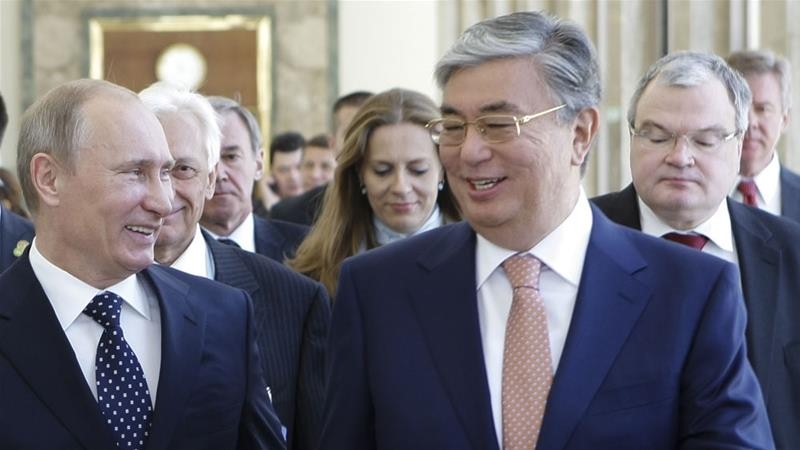 In the changing realities, K. Tokaev had to look for new forms of work when it was necessary to maintain the general strategy of state development of the Republic of Kazakhstan.

So, in 2019 continued the global protest trend, which was the result of global trends and the expression of de-synchronization of political and economic processes. In a certain sense, Kazakhstan had come to a fork, because the further course of development depended on the actions of the authorities. President K. Tokaev refused a simple response model – “tightening the screws”- relying on a rational dialogue.

New internal political paradigms have been proclaimed: “a hearing state,” “different opinions – a single nation” and “successful economic reforms are impossible without modernization of the country’s socio-political life”, “Strong President – an influential Parliament – an accountable Government”.

According to the new time, new mechanisms have been introduced into political culture. The state abandoned the practice of blocking the Internet, violently dispersing protesters, and authorized rallies were held in the country’s cities. Intelligent power, based on a full-fledged dialogue and patient communication, is becoming a new trend in the country’s political space.

The world does not stand still; today the field of communications is becoming one of the most significant in the dialogue between the authorities and society. Being an active user of social networks, K. Tokaev quickly and personally gives an assessment of one or another actual events taking place in the country. In addition, he speaks openly on all resonant matters, giving a direct signal to citizens that he controls all issues of concern to the public. Thanks to this, the authority of the leader is growing.

Despite the trend of dialogue and liberalization, President K. Tokaev maintained the controllability of the state apparatus and its executive discipline. The country is gradually changing the format of official events, which are becoming more public. All these are very important steps from the point of view of political culture, which set new standards for the behavioral model of the managerial establishment and raise the bar for the ruling elite. 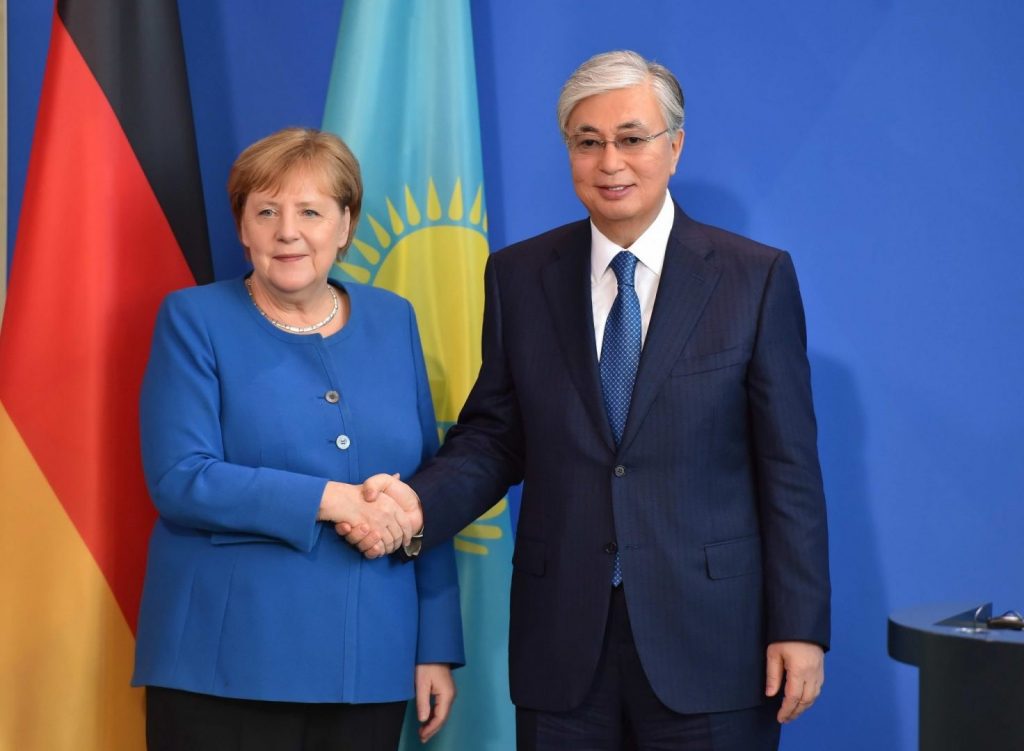 The principle of a “hearing state” was proclaimed in the country, bureaucratic delays were removed as much as possible, and citizens have the opportunity to directly ask questions to authorized bodies and quickly receive answers to all aspects of their concerns.

An important direction in the activities of President K. Tokayev was to increase confidence in the state and the effectiveness of public administration. To overcome these problems, President Tokaev proclaimed the concept of a “hearing state,” which has become the main philosophy of public administration. So, on the basis of the presidential website, a virtual reception room has been opened for the Head of State, a unit for working with the population’s appeals, headed by an assistant to the Head of State, has been created in the structure of the Presidential Administration. Leaders of all levels went to social networks, thereby the indices of openness and accessibility of the state apparatus increased significantly.

One of the key points of K. Tokayev’s presidential agenda was the creation and work of the National Council of Public Confidence, which included well-known politicians, public figures, economists and intellectuals. The work of the National Council is carried out in political, social and economic areas, the most urgent and acute issues of state development are put on the agenda.

Thus, the Kazakhstani leader demonstrates a real attitude towards dialogue with society and the joint development of decisions that will determine the development of the state. Based on the results of several meetings with the participation of the President of the country, a package of important political reforms was developed and adopted, affecting the laws on peaceful assemblies, the election law, the law “On Political Parties” and enshrining in practice the principles of political pluralism. 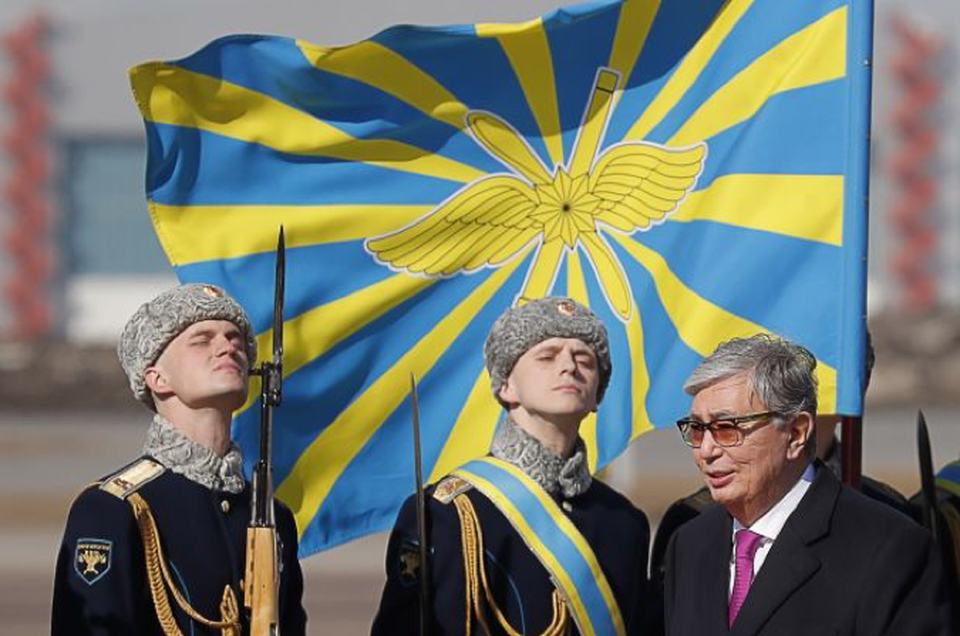 During the year, President K. Tokaev carried out a set of measures aimed at improving the social well-being of both individual segments of the population and society as a whole. A credit amnesty was held in the country for mothers of many children, families with children with disabilities, orphans, families who have lost the bread-winner, in all – more than 500 thousand people. Thus, citizens who find themselves in difficult life situations are once released from debt. A system of social support for the population is developing. Since the current year, student scholarships and salaries of public sector employees — educators, employees of civil protection bodies and the law enforcement bloc — have increased.

One of the principles of K. Tokaev: not only stability is important, it is necessary to ensure that every citizen of the country feels safe. In order to strengthen the system of protecting human rights and public safety in 2019, in his message to the people of the country, the Kazakh leader demanded toughening criminal penalties for drug trafficking, for rape, for human trafficking, for poaching, etc.

At the request of the President of the country, the Mazhilis [Parliament] adopted a number of important legislative amendments in these areas. These crimes are classified as especially serious and will be severely punished. Illicit manufacture and sale of drugs is punishable by deprivation of liberty for up to 15 years. For rape, the term has been increased from 8 to 20 years or for life; for trafficking, from 7 to 12 years. All these measures significantly strengthen the foundation of popular support for the course of K. Tokayev.

The first months after the transit were a time of great discussion, emotions and expectations for the future. In addition to political transit, which affects all processes in the state, an additional test during the year was a series of crisis situations in the country, which seemed to specifically test Kazakhstani statehood for strength. All these incidents only tempered Kazakhstan.

This is an incident in the city of Arys in June 2019 with a population of more than 75 thousand people, where old military depots exploded, which actually destroyed the urban infrastructure. K. Tokaev personally supervised the construction of a new city, thanks to which the city of Arys was rebuilt anew in 3 months.

There was a major flood in May 2020 in the Turkestan region of the republic, where more than 31 thousand people were evacuated from 14 settlements. The situation was quickly taken under control, and support was provided to the local population, and operational restoration of local infrastructure was begun.

There is the powerful pandemic of the new coronavirus COVID-19, which literally surrounded Kazakhstan due to the outbreak of the epidemic in neighboring countries. K. Tokaev confidently led Kazakhstanis through the first state of Kazakhstan introduced a state of emergency and full quarantine, which lasted 2 months. Today, the country is emerging from the pandemic with minimal losses and is gradually recovering.

From the first days of the presidency, K. Tokaev set the Government of Kazakhstan to develop a set of measures to stimulate economic growth, improve fiscal and monetary policies, develop entrepreneurship, and support domestic producers. The President’s attention was focused on the socio-economic development of the country, the formation of the revenue side of the state budget, and the reduction of the dependence of the Kazakh economy on energy exports.

The coronavirus pandemic in 2020 and the decline in global demand for raw materials have led to a sharp slowdown in economic activity in all countries of the world. These factors influence the economy of Kazakhstan, the number of jobs and the welfare of the people. Despite the global negative trend, which has an impact on Kazakhstan, the country has sufficient fiscal capabilities and foreign exchange reserves to support business and domestic demand.

The government of the country keeps the situation under tight control, and has all the necessary resources to ensure socio-economic stability in the country. Thus, Kazakhstan’s international reserves in foreign currency today amount to more than 30 billion US dollars, and the assets of the National Fund of the Republic of Kazakhstan exceed 58 billion dollars.

In response to external challenges, President K. Tokayev is promoting a package of measures to stimulate the economy, thanks to which the current crisis can create conditions for economic diversification from excessive dependence on the oil and gas sector. The EBRD expects a decline in Kazakhstan’s GDP in 2020 to 3%, while as a result of the package of economic measures adopted in Kazakhstan, international economists forecast a resumption of economic growth in 2021 at 5.5%.

The victory in the presidential election by K. Tokayev ensured international legitimacy to the transition of power. All the key geopolitical centers recognized Tokaev’s victory, demonstrating interest in the country’s stable and sustainable development. Upon taking office, President Tokayev reaffirmed the country’s foreign policy. The head of state met with the leaders of key geopolitical centers and strategic partners of the country – Russia, China, the USA, EU countries, Central Asia and the Islamic world.

Much attention in the new concept is paid to strengthening the economic component of foreign policy.

It is about creating external conditions for realizing the economic potential of Kazakhstan and finding profitable transit corridors to world markets under the conditions of sanctions, unpredictability of world markets, trade wars and protectionism. In the new global geo-economic realities, Kazakhstan is optimistic in the search for new economic niches and sources of income.

This was the first and energetic year of the presidency, which laid the dynamics for the coming period. President Kassym-Zhomart Tokayev constantly speaks about the continuity of the course of the First President of Kazakhstan Nursultan Nazarbayev. Over the past year, the state continues to follow the previous practice in both foreign and domestic policies. /// nCa, 3 June 2020