You are here: Home / Articles And Reports / Spiritual bonds of the Great Silk Road 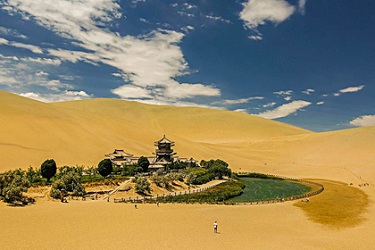 In Dushanbe, the capital of the Republic of Tajikistan, a robot guide meets the visitors at the cultural Tajik-Chinese exchange center. Slowly, but with knowledge of the matter, in one of the three languages (Tajik, Chinese and Russian), he narrates on the “Sogdian Ancient Letters”, copies of which have been displayed there at the central stand. The original Sogdian scripts have been found by the famous traveler sir Aurel Stein in 1907 in the ruined watchtower of the Chinese wall. In the days of the Great silk road it headquartered a garrison guarding the land route between Dunhuang and Loulan. As he recalled, the scripts  – totally 16 letters – for centuries were kept in the bag of an unknown “postman” untouched by time, each letter was neatly folded, and the sender’s name and the addressee were written on the outside. The well preserved scripts have survived to the present day, prove that “silk mail”, existed  in the early IV century ad (scientists date the scripts 312-313) worked reliably. 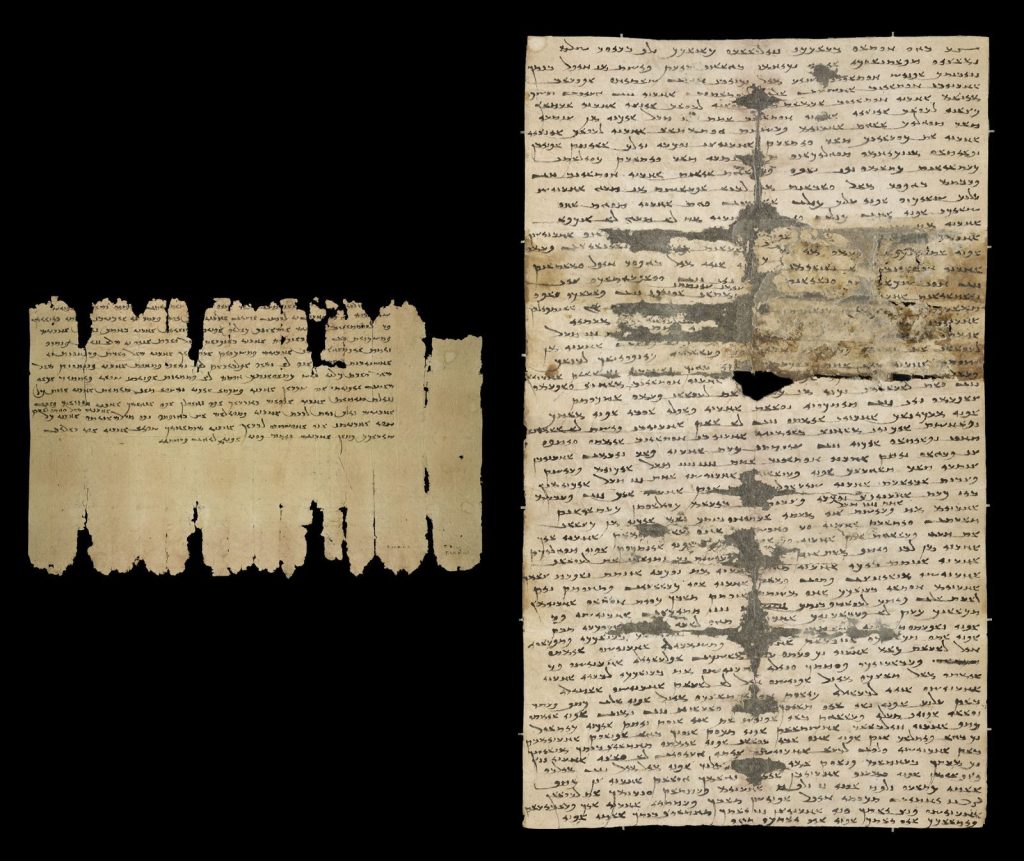 Until the XI century, the Sogdian language was widely spoken on the territory of present Uzbekistan and Tajikistan, and during the Great Silk Road epoch it served as the lingua franca of the vast Central Asian region. “Ancient letters” are not only the earliest handwritten texts in the Sogdian language. The main thing is that Sogdian letters and other written documents in the Sogdian language, the originals of which are stored in the British library in London, as “living witnesses” of ancient times, remind us of the close ties between the peoples of China and Central Asia. 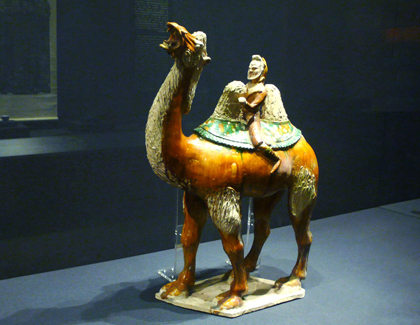 As known, in many Chinese cities during the great silk road, Sogdiana’s trade offices played a very important role in establishing and strengthening trade relations between China and distant countries in the West. Dunhuang took one of the key locations among them, as this “glittering Outpost” served as a kind of “gateway to China” for trade caravans.

Chinese President Xi Jinping called Dunhuang a bright pearl in the long river of world civilization, where the “spirit” of the great silk road was formed. “The culture of Dunhuang belongs to China, but the research of Dunhuang belongs to the whole world,” he rightly stressed during he remarks at the Dunhuang Academy on 19 Aug 2019 . Praising the work of scientists from Great Britain and France, Russia and Germany, the United States and Japan, and Central and South Asia, the Chinese President invited researchers from all over the world to continue studying the rich culture of Dunhuang, a UNESCO World Cultural Heritage site. It is important to take advantage of the invitation of the head of the PRC to jointly study the heritage of the Dunhuang culture, which absorbed the diversity of cultures of all the peoples of the world who were involved in the formation of the Great Silk Road.

In Dunhuang, in particular, Buddhist culture was widely spread. Among the first spreaders of Buddhism in China were merchants from Central Asian countries who actively traded along the routes of the Great Silk Road. One of the “silent keepers of secrets” of those times is the world’s largest clay sculpture of the Buddha, found in 1966 in the south of Tajikistan among the ruins of a Buddhist monastery of the IV-VII centuries. In March 2021, it will be twenty years since the “Buddha in Nirvana”, a giant statue thirteen meters long and 2.07 meters high, appeared before the world public in all its grandeur and continues to delight all visitors of the national Museum of antiquities of Tajikistan. 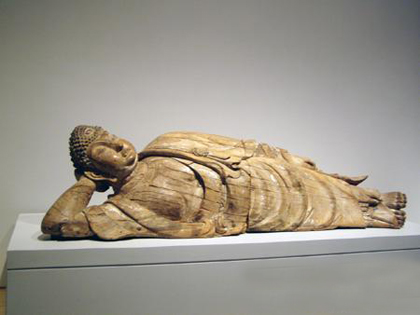 Sogdian Ancient letters, “Buddha in Nirvana”, and other numerous cultural monuments of the period of origin and flourishing of the Great Silk Road in Central Asia are unique messages from the past to the present, spiritual bonds of neighboring peoples that do not yield to the influence of time. The governments and academic circles of Central Asia and China are expanding their cooperation year after year in order to open new pages in the history of the Great Silk Road, preserve and enhance its rich cultural heritage. UNESCO has submitted documents for inclusion in the Representative List of a number of corridors and Central Asian cities located along the Great Silk Road. Some of them are already included in the UNESCO World Cultural Heritage List.  These steps are expected to forge cultural heritage policies, promote sustainable development and intercultural dialogue, mutual respect and understanding among peoples, and enable current and future generations to learn more about the history and culture of the peoples of Central Asia and their historical ties with China. The joint promotion of the Belt and Road Initiative is also a powerful incentive.

The preservation and enhancement of the rich cultural and natural heritage is one of the priority tasks of the governments of the Central Asian nations. Over the past 20 years, a great work has been done with UNESCO in the interests of current and future generations. 53 cultural heritage sites have been entered in the World Heritage List. Most of them are directly related to the history of the Great Silk Road. The world famous crossroad of world cultures, the city of Samarkand (Uzbekistan) takes a special place among them.

Central Asia is one of the centers of human civilization. It is obvious that the 53 sites included in the World Heritage List cannot fully reflect the contribution of the peoples of the region to the development of the material and spiritual culture of mankind. The national commissions of UNESCO in Central Asia carry out a lot of painstaking work on studying and documenting potential sites for inclusion in the List and filling in their underrepresentation. Documents for 75 new sites have already been submitted to UNESCO for consideration: (from Kazakhstan – 15, from Kyrgyzstan-3, from Tajikistan-17, from Turkmenistan-9, from Uzbekistan-31). Each of them is intended to be the missing fragment that will complement the impressive picture of the common historical heritage of the peoples of Central Asia and the contribution of each of them to the development of world civilization.

In 2010, Sarazm, the oldest settlement of the settled peoples of Central Asia, was included in the list of UNESCO World Heritage Sites. In accordance with the decision of the UNESCO General conference, in September 2020, the ancient Tajik city of Panjikent will host events dedicated to the 5500th anniversary of Sarazm as a center for the formation of the ancient agricultural culture of the Tajik people. According to archaeologists, the great Lapis Lazuli Road passed through Sarazm, which then laid the basis for one of the reliable routes of the Silk Road from Europe to China and India.

It is important to note that each object included by the countries of Central Asia in the UNESCO World Cultural Heritage List is featured by effective management and thoughtful protection, which ensure its preservation from possible climate changes, seismic risks, uncontrolled construction works and tourist visits.

Since the birth and discovery of the Great Silk Road, neither high mountains and fast rivers, nor endless steppes and lifeless deserts have been an obstacle to communication between the peoples of Central Asia and China. The strengthening of these ties had been driven both by the mutual interest to develop trade and economic relations, and by the mutual desire of the two ancient centers of culture to know and enrich each other. The traditions of dialogue between cultures and civilizations that were established at the dawn of our era continue today. The “spiritual bonds” of the Great Silk Road have demonstrated their reliability through the centuries. And for centuries. ///Originally published in People’s Daily (Russian version), 25 Feb