You are here: Home / Articles And Reports / Men başararyn – I think I can: Classics of inspiration literature in the Turkmen language

The US Embassy in Ashgabat has translated into Turkmen and produced a hugely popular children’s story “The Little engine that could”, which is considered a classics of children’s reading in the American literature. 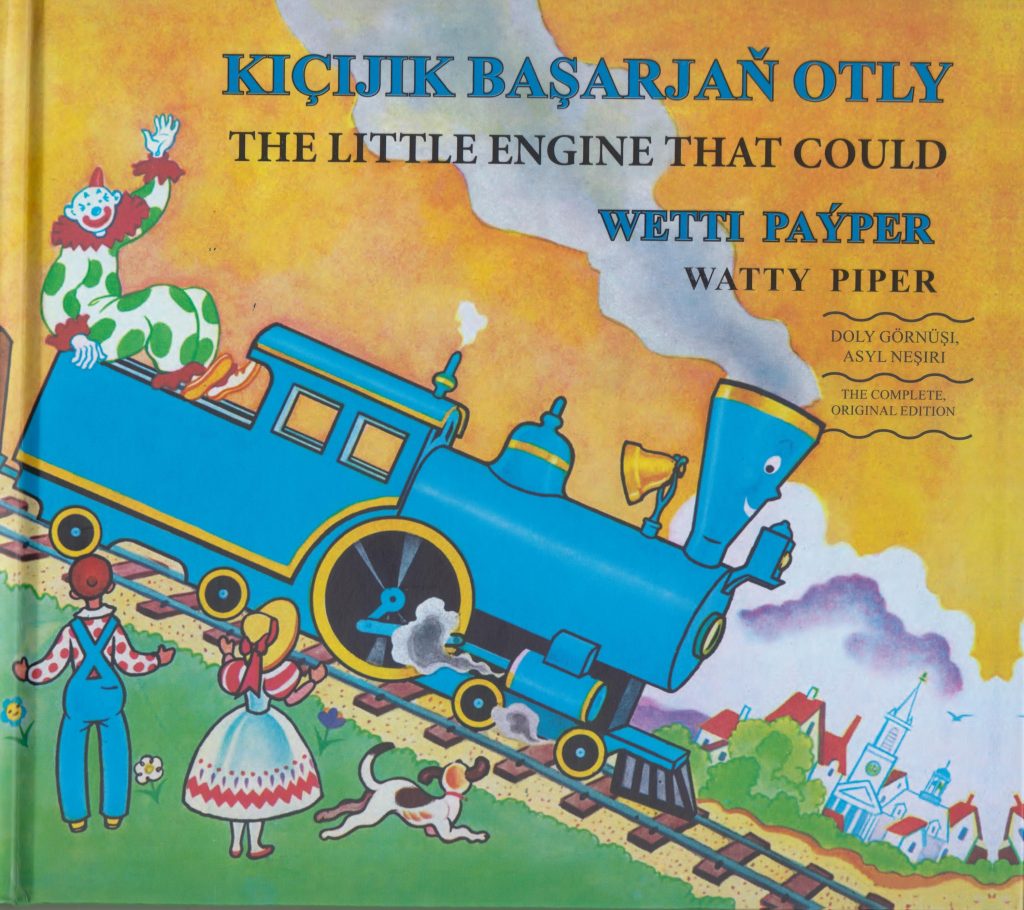 This story was first published in 1906 under the title “Thinking One Can” in the Wellsprings for Young People, a Sunday school publication. Then it was rewritten and republished by various publishers and authors.

The origins of the story about a brave little engine that managed to do the impossible can be traced from the early 20th century, a period rapid economic and industrial progress in the history of the United States of America. During that time the United States absorbed an unprecedented influx of immigrants from Europe and Russia, who, according to some historians, greatly contributed to the emergence of the concept of the American dream – the hope for a better life, full of material prosperity and success. 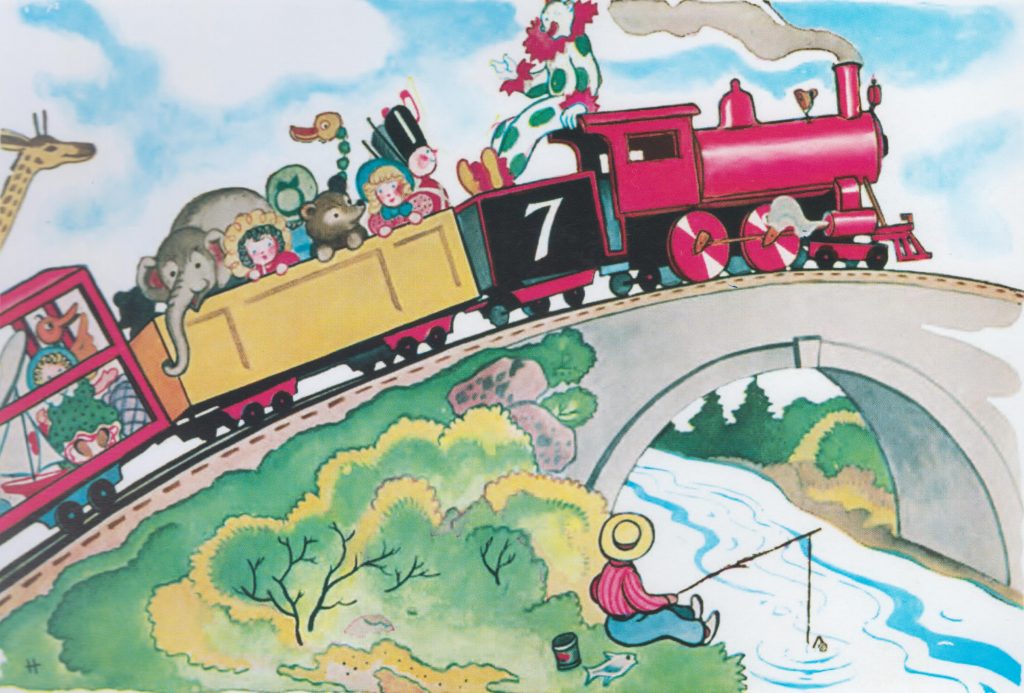 The author of the most popular version of the tale about the blue engine, Arnold Munk, known under the pen name of Watty Piper, was one of those immigrants. He was born in Hungary and as a child migrated to the USA with his family, settling in Chicago. He later moved to New York.

Arnold Munk was the owner of the publishing firm Platt & Munk, which in 1930 published a retelling of an early version of the story under the title “Pony Engine” with illustrations by Lois Lenski Covey.

In 1954, Platt & Munk published another slightly edited version called “The Little Engine That Could”, which was illustrated by George and Doris Hauman. This version is widely known in the reader’s circles as the original, complete edition and was translated into the Turkmen language by the US Embassy.

The fairytale “The Little Engine That Could” belongs to the genre of inspiration literature. The narrative begins with a description of the train, the cars of which are loaded with numerous toys – dolls, clowns, soft toys, cars, airplanes, books, as well as various goodies and sweets, destined for girls and boys.

However, the train has got into trouble. The locomotive that was carrying the train broke down, and there was a mountain to overcome in order to deliver all the valuable cargo to the children by morning. 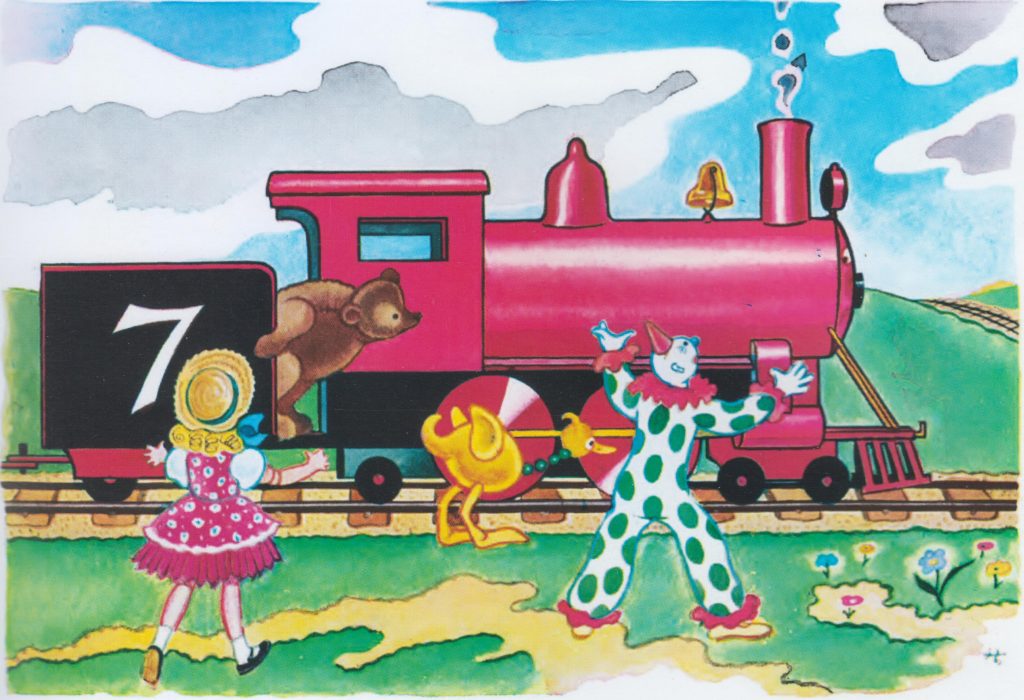 The train’s toy passengers – jolly clowns, curly dolls, and Teddy bears – turned to a Shiny New Engine that was passing by. 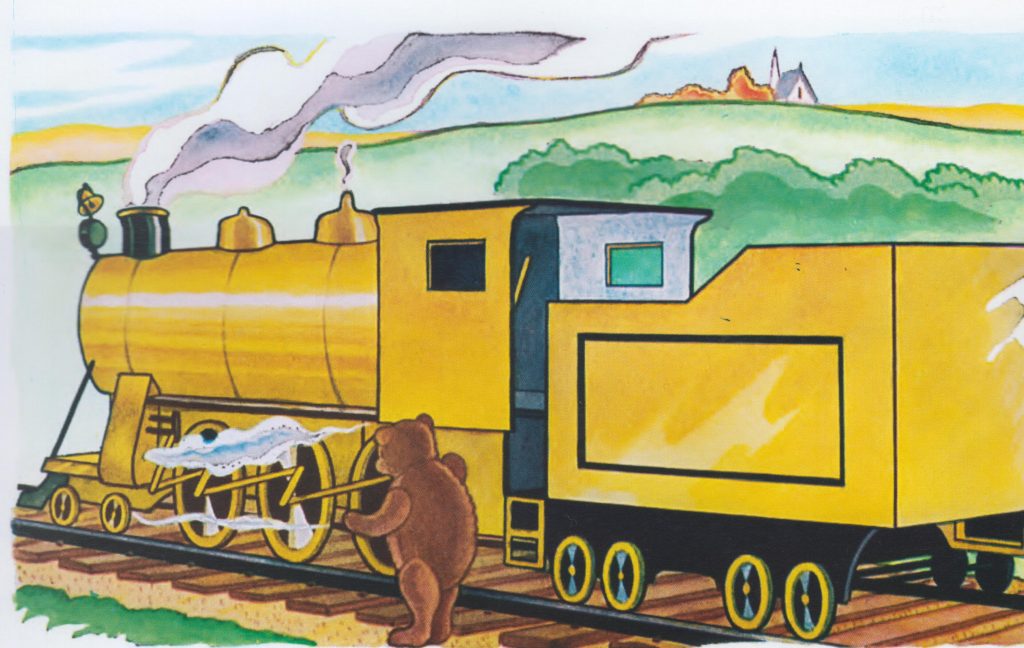 However, he refused to condescend to a small train, since she only carries large passenger trains. 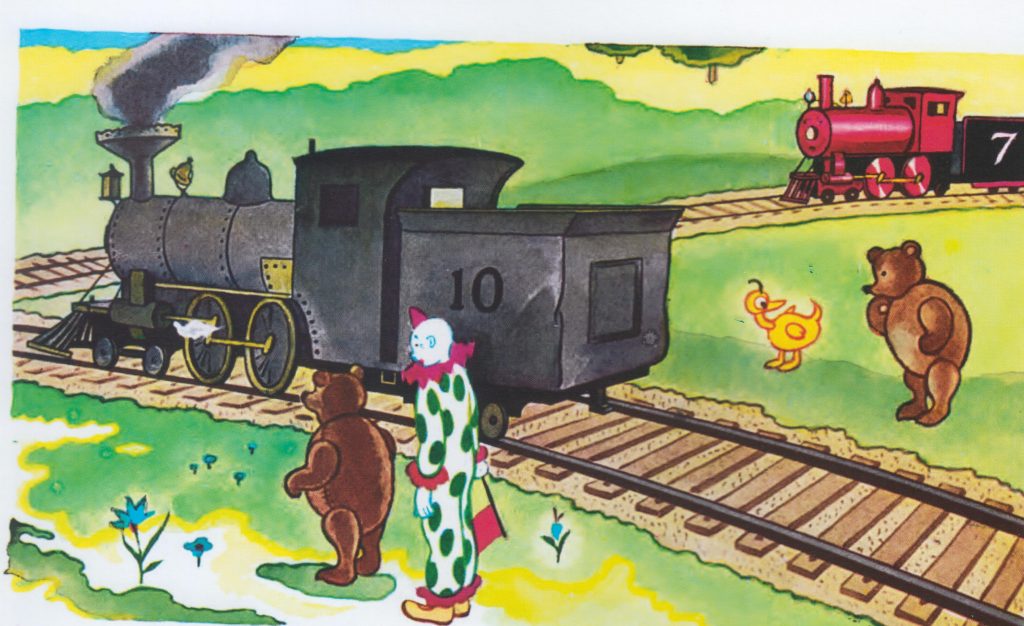 The next Big Engine didn’t help as well, because he deals only with freight trains, and even Rusty Old Engine denied to pull the small train over the mountain saying that he was “so tired”.

The very little blue engine appeared on the horizon, which couldn’t stay indifferent to the poor crowd of dolls, plush giraffes and elephants. And it does not matter that she is so little and is used for switching trains in the yard.

The awareness that there are children on the other side of the mountains, who are eagerly waiting for the toys to play and good food, prevailed over all the fears and diffidence. 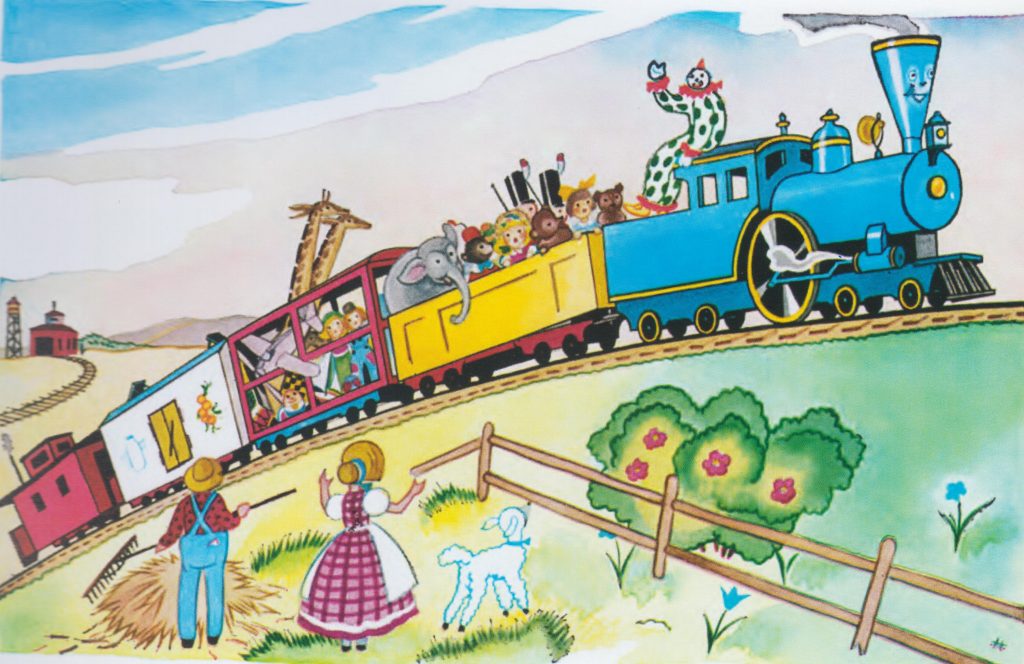 Perhaps, in the final seconds of reading the story, each of us, regardless of age, will remember such life moments when we had to pull our incredibly heavy burden, conquer new “mountains” inch by inch and balance on the brink of failure.

Obviously, the fairytale “The Little Engine That Could” knows no borders. Such stories, simple, in understandable language, but deep in meaning, can be ranked among the motivating bestsellers. After all, it teaches us optimism, meticulousness, hard work, and love for others and this means that everyone can benefit from reading and rethinking the story of the little blue engine. /// nCa, 25 February 2020