You are here: Home / Articles And Reports / US Strategy for Central Asia – A cart without horse 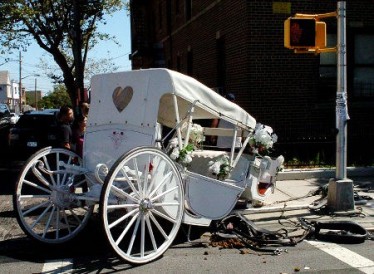 They are trying to bring in a cart and they hope to use someone else’s horse. — This is the simple, short, and correct description of the newly unveiled US Strategy for Central Asia for the period 2019-2025.

This reminds us of a short fable of Mulla Nasrudin, the great Central Asian wit, whose biting sarcasm is legendary:

While Nasrudin was staying in another town, a local man asked him what three times two was.

“Actually,” explained Nasrudin, “I am not wrong. We use different type of math where I am from.”

This ‘strategy!!!’ is actually a very interesting creature, drawn from a different kind of math. It is a non-starter because of its insincere construct and will fizzle out in its own shell. It is DOA (Dead on Arrival).

There are three kinds of defects, packed tightly into this comparatively short document: 1. Malignant omissions; 2. Baseless assumptions; and 3. Barefaced attempt to interfere in the internal affairs of the region.

Before we start dissecting the ‘strategy,’ here are the links to three separate but totally related texts:

Joint Statement on the Ministerial Meeting in the C5+1 Format

The most poisonous part of the strategy is its malignant omissions.

For example, there is no mention of the TAPI Corridor – a combination of gas pipeline, fiber optics link, electricity transmission network, and eventually road and rail connections between Turkmenistan and South Asia.

There is no mention of TAP500, the power transmission network from Turkmenistan to Afghanistan and Pakistan, for which Turkmenistan has spent billions of dollars in infrastructure development; contract for the construction of power grid in Afghanistan has been awarded to Chalyk Energy, and framework agreement is available already.

There is no mention of Central Asia-Middle East Corridor, connecting Uzbekistan, Turkmenistan, and Iran with the countries of the Middle East.

There is no mention of the Central Asia-China gas pipeline, of which three lines are in operation and the fourth line is under construction.

There is no mention of the Kazakhstan-Turkmenistan-Iran railway line.

There is no mention of the successful transportation of cargo from China to Iran and Europe through the railway lines, creating the prototype for the total transformation of how we move the goods across the Eurasian landmass.

There is no mention of the model highway that Turkmenistan is building from the border of Uzbekistan to the Caspian shore, which will be a game changer a few years down the line.

There is no mention of the Turkmenistan-Afghanistan-Tajikistan railway line (TAT Rail).

Only one regional initiative has been mentioned in this so-called strategy – Lapis Lazuli Corridor.

However, the way this corridor has been mentioned in the discussion at the Heritage Foundation, tells a lot, quite a lot.

Heritage Foundation which has lately become an echo-chamber of Trump rather than a genuine think tank is where the masks came off. The forum at Heritage Foundation dedicated to the so-called strategy tells the true story. It was a gathering of the authors of the strategy and their cheerleaders. Click on the link given earlier in this analysis to see the full transcript of the discussion at the Heritage Foundation.

A geographical fallacy has been attached to the so-called strategy under the assumption that people have a short memory.

Consider this – after the breakup of the Soviet Union, the USA treated Central Asia as part of Eastern Europe. After some years, it wanted everyone to believe that there was a region called Greater Central Asia, and the Central Asia proper was part of it. Now, the people explaining the ‘strategy’ at the Heritage Foundation forum say with a straight face that Afghanistan is a part of Central Asia and that is it.

The ‘strategy,’ when mentioning the Lapis Lazuli Corridor, also tries to rob Afghanistan of its true potential as a transit territory between regions. It treats Afghanistan as a dead end of the corridor, as if Afghanistan doesn’t have common borders with South Asia and China.

As a matter of fact, Afghanistan is, and has always been, at the doorsteps of tremendous prosperity. All anyone has to do is to develop the infrastructure inside Afghanistan for use in transit of cargo in all directions. The so-called ‘strategy’ attempts to deprive Afghanistan of this opportunity.

The so-called strategy wants everyone to believe that Russia and China have malevolent intentions toward Central Asia.

One speaker at the Heritage Foundation forum said with satisfaction that two consecutive summits of heads of state of Central Asia have take place without the participation of any foreign leader. The speaker mentioned it as an example of the region taking charge of its own affairs.

This is a brilliant case of shortsightedness.

If the absence of a Chinese or Russian leader from a Central Asian forum is the sign of independent policy, the absence of any American leader in any such forum should also be ensured for the continuation of the same policy.

If we buy this line of argument, then any C5+someone format is redundant for the sake of independent policy.

What the American policymakers don’t see, perhaps don’t have the ability to see, is that Russia and China have relations with Central Asia going back to the dawn of the written history. They are strategic partners of the region.

The so-called strategy also wants everyone to believe that Central Asia is populated by naïve people, led by naïve leaders, and they don’t have the gumption to see as to what is good for them.

Attempts to interfere in the region

The entire so-called strategy is a huge though clumsy attempt to interfere in the Central Asian region.

One example is the desire to impose the Blue Dot Network on the regional and national projects of Central Asia.

The very idea is the product of remarkable impudence.

It assumes that the people in Central Asia should design their own projects, find funding from somewhere, arrange the means of implementation from somewhere, and then bring the project to USA for their Blue Dot certification, which they have the audacity to call as a kind of Michelin Star.

This is, very clearly, the attempt to stigmatize the projects of Central Asia.

Another example of interference in the region is the unilateral re-interpretation of CASA-1000, a power transmission project form Kyrgyzstan and Tajikistan to Afghanistan and Pakistan.

In the entire discussion at the Heritage Foundation, every speaker gave the impression that CASA-1000 will terminate in Afghanistan and go no further.

If this was the decision of Kyrgyzstan and Tajikistan, they had the right to to make this announcement.

Another example of interference is the failure to mention any role of the United Nations from the entire text of the strategy and the lengthy discussion at the Heritage Foundation.

For the observers familiar with the region, it is a known fact that any bilateral or multilateral interaction acknowledges the role of the United Nations and its specialized organs, particularly the UNRCCA (UN Regional Centre for Preventive Diplomacy in Central Asia).

Ignoring or bypassing the United Nations is the attempt to interfere with the mechanisms for bilateral and multilateral interaction in Central Asia.

The only marginally redeeming factor in the entire discussion at the Heritage Foundation was the praise expressed by speakers about the peaceful transition of power in Uzbekistan and Kazakhstan.

It was a tacit acknowledgement that democracy comes in different shapes and sizes and not every democratic model is an exact replica of the western democracy.

At least this is the area where the American policymakers seem to give Central Asia the right to determine its own path.

Please accept our sincere condolence at the stillbirth of this strategy.