You are here: Home / Articles And Reports / Revolutionizing Fruit and Vegetable Sector of Turkmenistan – Part 6 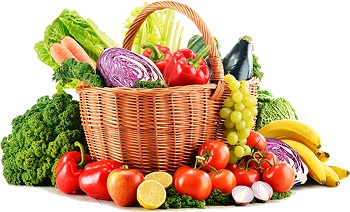 Dovlet is from the younger generation that is revolutionizing the fruit and vegetable sector of Turkmenistan. There are many more. What is common among them is that most of them have received at least some part of their education from abroad and have had the chance to observe the best practices in the world.

In fact, there are several other factors common among them.

While they are trendily dressed and speak at least one foreign language fluently, they are all firmly rooted in their own tradition and society.

In conversation with some of them I noticed that they listen respectfully, and when they want to dissent they phrase it in such a way that it sounds like another version of your opinion rather than an opposing argument.

The government is supporting them in a systematic way.

Under the recently updated policy, the land plots are available to suitable applicants for lease of up to 99 years. This is, practically, the ownership of the land for at least three generations.

Some of the farmers have got up to 5000 hectares under this scheme.

However, it is not a matter of simple transaction.

The authorities just don’t hand the land and walk away.

There is a system to keep an eye on the land owners whether they are implementing the business plan they submitted with their land allotment application.

There are two reasons for doing so: 1. Only the people who can actually put the land to good use should be given the possession; and 2. There should be no holes in the system for the appearance of a class of absentee-landlords.

The fruit and vegetable sector in Turkmenistan, particularly the green house farming, has seen tremendous growth during the past few years.

There are close to 400 greenhouse farmhouses of various sizes in Turkmenistan and more are being planned by the public and private sector.

The markets saw the results of the greenhouse revolution last year.

The cucumbers were more succulent and there were several new varieties of cucumber in the market.

There was abundance of cabbage and cauliflower and the heads were larger and better looking.

The tomatoes during late autumn were available at literally throw away prices.

The main among them is the need for balance between demand and supply, and profitable disposal of the surplus produce.

The prices of fresh fruit and vegetables fluctuate throughout the year in every country. However, it is possible with the forecasting methods including the use of software such as the one developed by Ter Onum to advise the farmers about the likely demand next year so that they can plan their cultivation accordingly.

For this, there should be close coordination between the farming communities and the research institutions, the farmers and the government, and within the farming associations. The Union of Industrialists and Entrepreneurs provides this service to some extent but perhaps there is the need for a semi-autonomous fruit and vegetable planning centre.

Another challenge is that the related industries must develop in synch to take care of the surplus produce in a profitable manner.

This requires an overlap between the farmers, particularly the greenhouse farmers, and the packaging and processing industry, the transportation companies, and the banking and insurance institutions. There is also the need for joint marketing companies to find new foreign markets for the raw and processed fruit and vegetables from Turkmenistan.

Another area is the inventions and innovations that are being made by the entrepreneurs and scientists. The patent registration and intellectual property protection should be reinforced and there should be a strict system to pay royalties to the owners of the patent rights.

2019 was the first year when the markets saw the impact of greenhouse revolution. The lessons learned should be applied in the future planning and this should be a continuous process.

The unity of planning should always be guided by three factors: 1. Perimeters defined by the food security strategy of Turkmenistan; 2. Current and expected demand in the local market; and 3. Ability to find foreign markets. /// nCa, 7 February 2020