Home » A new city in Senegal will run on cryptocurrency. This is interesting experiment for Central Asia. 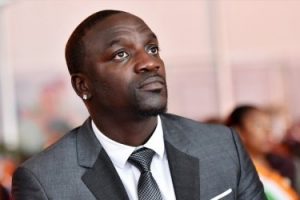 The Senegalese-American singer Akon has signed an agreement with the government of Senegal to build a new city.

The city will be called Akon City and its economy will be based entirely on cryptocurrency named Akoin.

Akon has already made preparations for the launch of his cryptocurrency, Akoin.

The details of the city are not available but it is believed that the Akon City will be built on an area of three square miles near Dakar, the capital of Senegal. The land was gifted by the president of Senegal.

It is supposed to be within five minutes’ drive from the Blaise Diagne International Airport.

The Akon City will be the first city in the world where every transaction will be in the crypto-based currency.

Akon believes that the blockchain and crypto can be the future of Africa. He says that cryptocurrency and blockchain, the building block for crypto currency, will bring the power back to the people.

Akoin, the cryptocurrency launched by Akon, will eventually be available in all the 54 countries of Africa. The currency website says that it will unite and empower Africa.

The ecosystem of Akoin will go beyond the basic concept of cryptocurrency. It will also be a way to establish credit, borrow money, and access the government services and lot more.

The digital wallet of Akoin should go live in February this year. /// nCa, 20 January 2020

Akoin is currently not available but one can apply here for beta test: