You are here: Home / Articles And Reports / Jennet is the face of creative Turkmenistan – Part 1

If anyone is to blame, it is this duo – Elena and Hugh.

As if Elena was not enough, Hugh appeared out of the blue and started stirring the pot even more vigorously. Totally a nightmare.

What is more, it will get even worse.

Last year it was just the Christmas Bazaar and this year we are already looking at the whole question of creative economy. Where would it go next?

Elena (Elena Panova, UN Resident Coordinator in Turkmenistan) and Hugh (Ambassador Hugh Philpott of the Great Britain), in partnership with Gulya (Gulya Chorekliyeva, head of the NGO Yenme) organized the Christmas Bazaar at the UN Building on Saturday (7 December 2019).

It is a tradition started last year by Elena and Thorda (Thorda Abbott-Watt, the previous British ambassador in Turkmenistan) and it provides a platform in festive atmosphere for the people with disabilities to showcase and sell their handcrafted gift items. Though the focus is on the people with disabilities, the other individual entrepreneurs with creative talent are also welcome to participate.

The Christmas Bazaar is both a standalone event and a part of the growing awareness of the importance of the creative economy.

Of course, when we talk of Elena and Hugh, we talk of the entire UN Team and the Diplomatic Corps in Turkmenistan. Nothing can be accomplished without the full and wholehearted supported from each of them. The credit justifiably belongs to the local members of these teams as well, whose role is so crucial at every state from inspiration to accomplishment.

We shall attempt to discuss later the concept of the creative economy and how it can be dovetailed with the ongoing march toward the digital economy in Turkmenistan. For now, it is vital to point out that Jennet has appeared as the attractive face of the creative Turkmenistan.

The British Council, in collaboration with the ministry of culture of Uzbekistan hosted on 22-23 November the third annual conference ‘Creative Central Asia.’ It is an ongoing regional dialogue for the promotion of cultural and creative economy.

This was the first time that a team of creative entrepreneurs from Turkmenistan joined the event. Jennet (Jennet Artykova) was in the group that traveled to Tashkent for the Creative Central Asia conference. 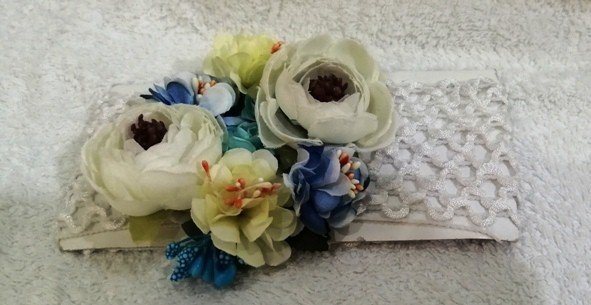 Hugh hosted on Friday (6 December 2019) a reception at his residence to encourage the Turkmen team that went to Tashkent, and to introduce them to the media.

Jennet is wheelchair-bound and that restricts her mobility options. However, she is a compact bundle of energy. She creates handmade jewelry and accessories. The designs are intricate and the prices are unbelievably low. She has a small shop in Turkmenabat, a city close to the border with Uzbekistan. She visits Ashgabat for different events several times a year.

She is just an individual but she represents the will of every young citizen of Turkmenistan to succeed against all odds. She is the face of Creative Turkmenistan.

When talking of the people with disabilities and the opportunities for them to thrive in life, the conversation must inevitably include Gulya. 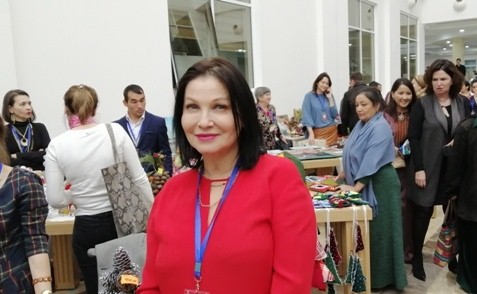 In her own words: “In my medical practice, I often treated people with disabilities. The problems of these people concern me, particularly their social adaptation and integration into society. Hence, the idea to open a public organization was born, which together with our associates we called “Yenme” (“The overcoming”) with values contribute to creating an accessible environment for all people.”

One of her projects is a training centre in cooperation with the embassy of China, where the young people with disabilities are learning computer, clothes designing and stitching, and other useful skills that would ensure steady income for them

Yenme has recently started producing unbleached calico bags with beautiful embroidery as a smart replacement for the plastic bags that are putting a huge strain on the environment.

The Christmas Bazaar on Saturday brought together some two dozen entrepreneurs, most of them with disabilities. The variety and designing of the items on sale was better than last year.

In the short time we spent at the bazaar, we saw Ambassador Matthew S. Klimow of USA, Ambassador Neithart Höfer-Wissing of Germany, Ambassador Diego Ungaro of Italy, Ambassador Natalya Drozd of OSCE, Lubomir Frebort, the head of EU delegation in Turkmenistan, and other diplomats shopping around.

In a separate room there were dance sessions and art workshop for the children. /// nCa, 9 December 2019

On the next several pages, some pictures from the Christmas Bazaaar: 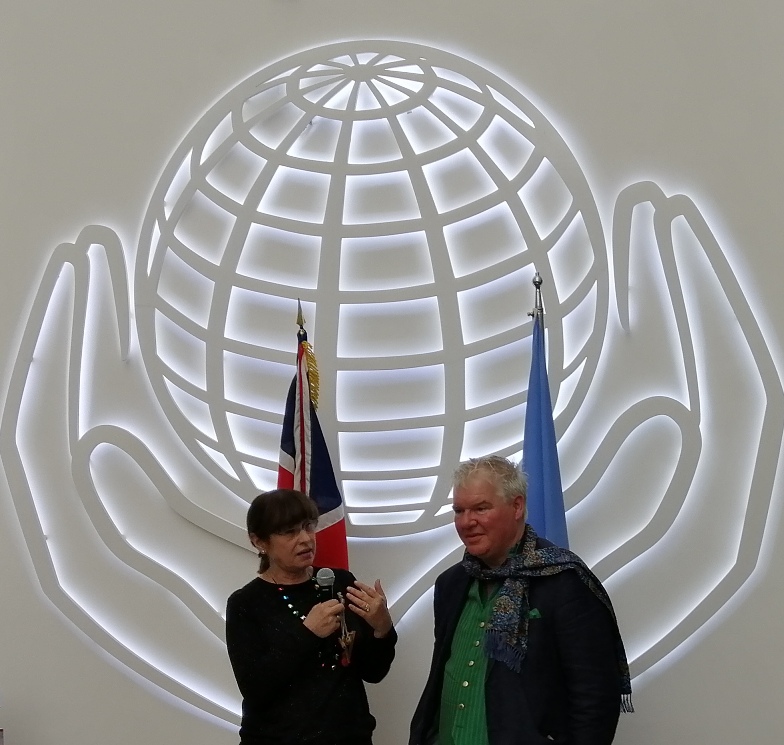 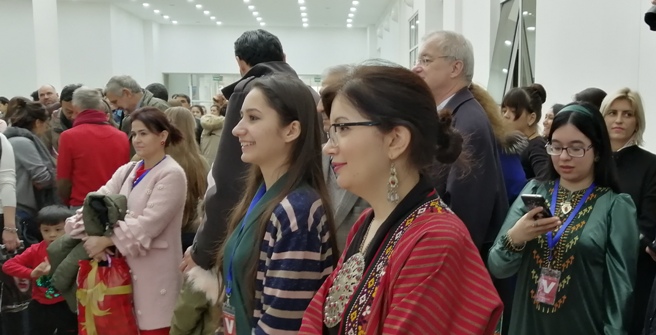 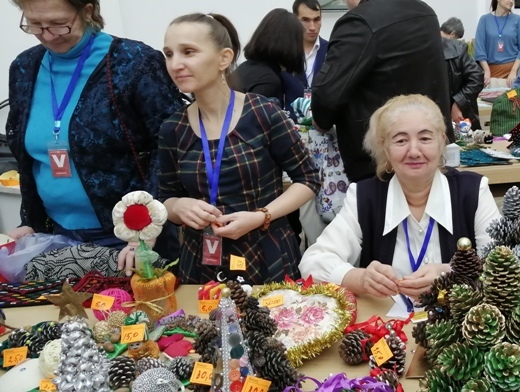 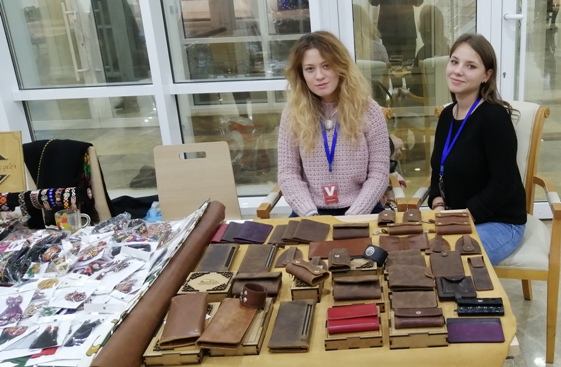 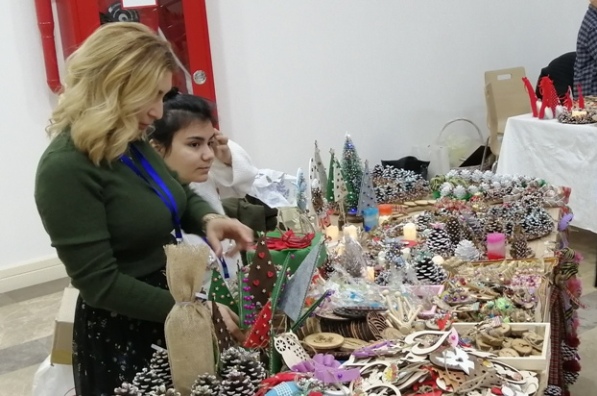 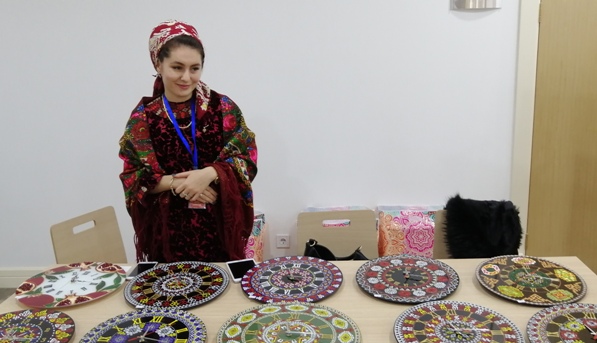 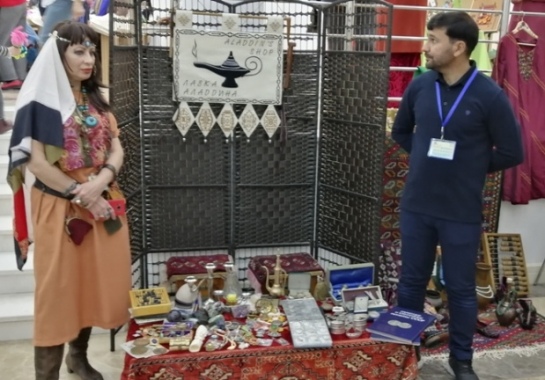 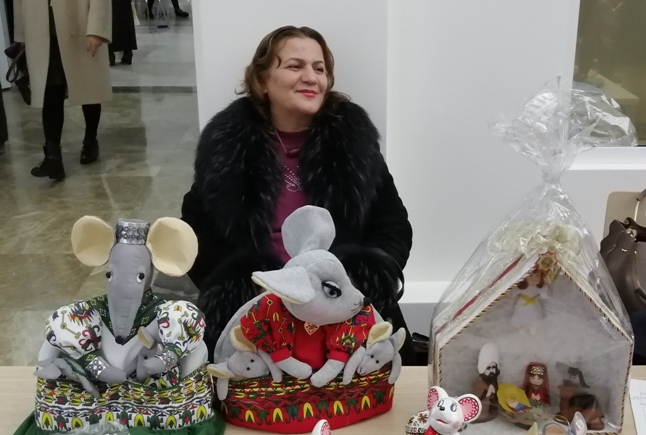 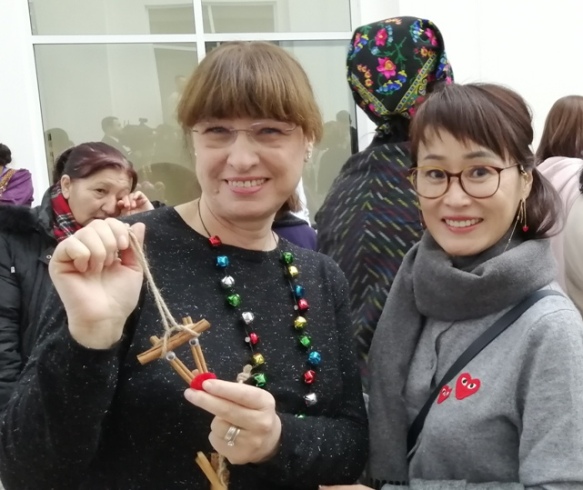 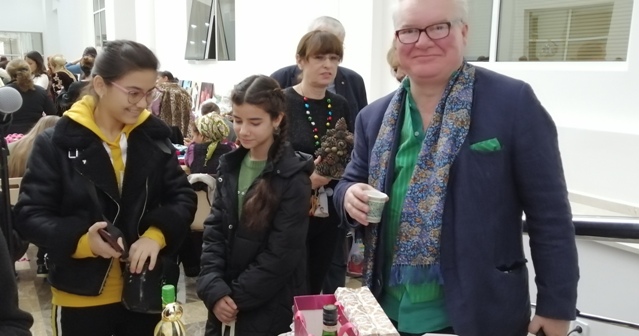 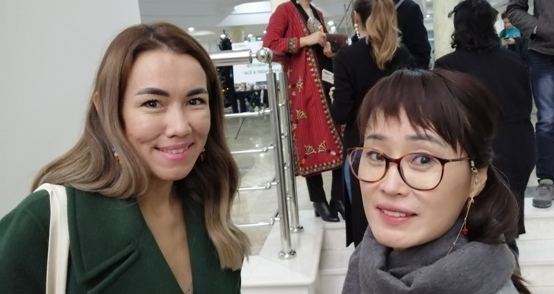 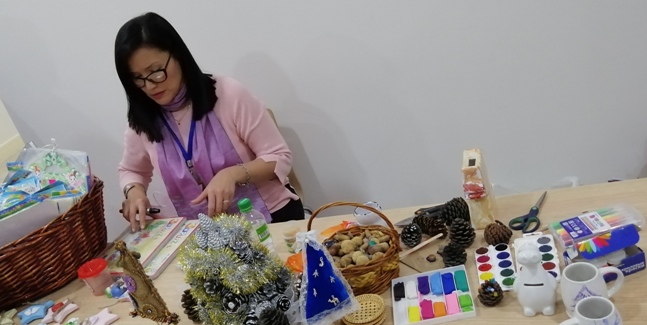 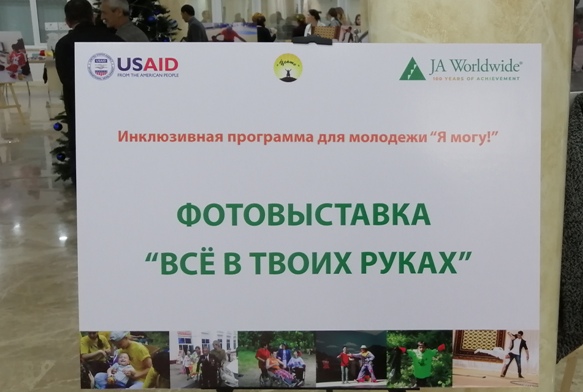 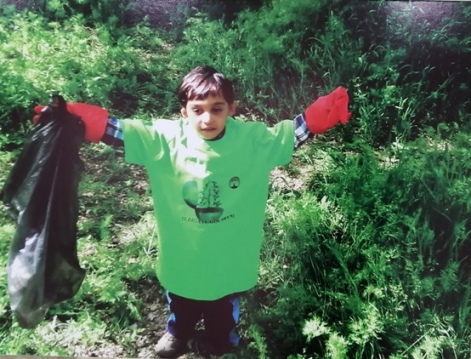 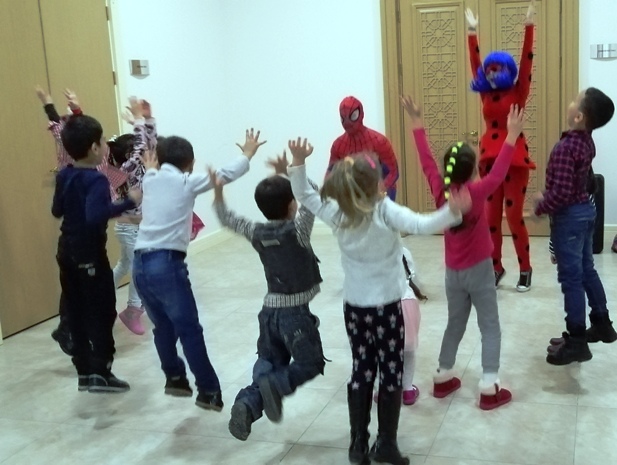 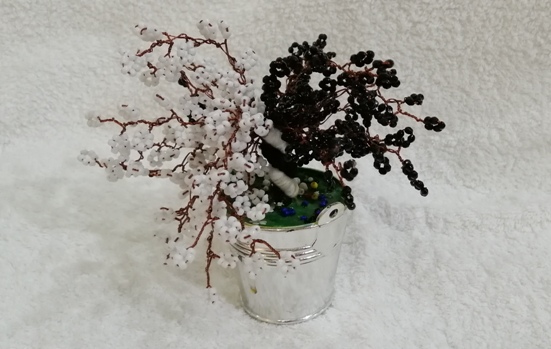