You are here: Home / Articles And Reports / International Day of Solidarity with the Palestinian People

The Ambassador of the State of Palestine, Dr. Hossein Ghannam hosted a reception on Thursday (5 December 2019) to mark the International Day of Solidarity with the Palestinian People.

Ms. Elena Panova, the UN Coordinator in Turkmenistan, read a message from the UN Secretary General.

For over seventy years, the Palestinian people have endured many tragedies and crises. Our people have suffered sacrifice, pain, displacement; they have been steadfast and struggled; and they have been martyred and imprisoned while defending their history, their homeland, and their holy sites. They remain undeterred in their struggle and journey and in their belief in their national aspirations and goals, in accordance with United Nations resolutions.

We have accepted international legislation and international law as the arbiter for resolving the conflict. We accepted the path of negotiations, dialogue, political engagement and peaceful popular resistance as the means to resolve all final status issues and to achieve a peace agreement that leads to independence, ends occupation and ends the conflict.

However, all the while, Israel, the occupying Power, has only pursued delaying tactics and bad faith actions since the conclusion of the Oslo agreements and to this very day. Moreover, the Israeli Prime Minister has expressed his rejection of the two-State solution and actively pursued annexation and settlement activities in our occupied land to undermine this solution. His government has persisted in the efforts to alter the identity and character of East Jerusalem, the capital of our State. It has promulgated discriminatory and racist laws. It has isolated, through its blockade, Gaza from the rest of our country and from the world. It has suffocated our economy and stolen our money and natural resources. It has violated all the political, economic and security agreements concluded with it.

Once again, we witness the US administration violating international law, proving it is unqualified to be an honest broker. Two weeks ago, the US Secretary of State declared that Israeli settlements in the occupied West Bank, including East Jerusalem, do not contravene international law. This position was rejected by us and by the international community at large. This statement is null and void, is illegitimate and without legal effect, and stands in complete contravention of international law and UN resolutions, including Security Council resolutions, foremost 2334 (2016). Such unlawful statements and decisions by the US only embolden the Israeli government in perpetuating its occupation and in accelerating its settlement activities and in further committing crimes as determined by the Rome Statute.

I seize this occasion to express our appreciation to all countries and all international organizations that have condemned and rejected this statement and settlement activities, which constitute a flagrant violation and a grave breach under UN resolutions and international law. The international community rejected this statement as it rejected before it the US attack against the international consensus and the terms of reference of the peace process, and as it opposed the US policy regarding Jerusalem and countered the assault on UNRWA by providing financial and political support to the Agency and by renewing its mandate, all in a clear, unequivocal message that the Palestinian people is entitled to freedom and justice and that all peoples in the region are entitled to just and lasting peace.

International law is the cornerstone of the multilateral order and it cannot bear double standards and misinterpretations. Treating Israel as a State above the law has only encouraged it to continue to act as an outlaw State. The international community needs to immediately assume its responsibilities to put an end to this Israeli aggression against our land, our existence and our future. It is time for concrete measures to provide protection to the Palestinian people and to fulfill their right to self-determination, freedom, and independence on the land occupied in 1967, and with East Jerusalem as its capital. It is time for the countries across the world which believe in the two-State solution and which have recognized Israel to also recognize the State of Palestine.

Hasn’t the time come yet to put an end to the longest military occupation in contemporary history? Don’t the Palestinian people have the right, like all nations, to their independent sovereign State? Don’t they have a right to see an end to the ordeal of the refugees who were forcibly uprooted from their homes in 1948?

We conveyour gratitude to the States that have reiterated their commitment to international law and UN resolutions and we call on the international community at large, in accordance with their obligations, not to recognize the illegal situation created by Israel’s illegal policies and practices in Occupied Palestine, including East Jerusalem, and not to render aid or assistance that would allow this situation to be maintained and entrenched. All States must distinguish between the territory of the occupying Power and the occupied territory and ensure accountability.

I reiterate that our hands remain extended for a just peace on the basis of United Nations resolutions and the two-State solution on 1967 borders. We have never refused to hold negotiations and have presented our peace initiative in February 2018 to the Security Council, where we called for the convening of an international peace conference and the establishment of an international multilateral mechanism to help the parties in the negotiations to resolve all final status issues and to provide guarantees to ensure implementation of that agreed upon, within a specific timeframe, towards achievement of just and lasting peace based on the internationally-endorsed parameters.

Despite decades of disappointment and setbacks, we remain committed to a multilateral order that respects and ensures respect for international law. The State of Palestine will continue engaging in efforts aimed to advance the rule of international law, including through the building of our national institutions, spreading the culture of peace and empowering our people, especially women and youth.

We will also continue our efforts to unify our land and people through the elections we called for and that we have been working to organize in the upcoming few months, so as to achieve one authority, one law and one legitimate force.

The Palestinian people will not vanish and will not surrender to oppression and injustice as our fate. Our people will continue to pursue their legitimate struggle against this colonial occupation of our land and our people and against the denial of our inalienable rights, including our right to self-determination. We will likewise not abandon the culture of peace and tolerance that is deeply rooted within us, and we will continue fighting terrorism in our region and in the world.

On this International Day of Solidarity with the Palestinian people, we renew our deepest gratitude and appreciation to all countries, governments, organizations and peoples that have expressed their solidarity with the Palestinian people, supported their struggle and strengthened the determination and steadfastness in their bleakest hours across history.

I take this opportunity to express greetings and respect to the government of Turkmenistan, as well as to His Excellency President GurbangulyBerdimuhamedov for the priority and firm positions in support of the Palestinian question, highly appreciating the positive vote of Turkmenistan in favor of Palestine, and for the many decisions of the third and fourth Committee of the UN General Assembly, held on November 19, 2019. (Draft resolution on the right to self-determination of the Palestinian people).

We are on the threshold of celebrating the Day of Permanent Neutrality of Turkmenistan, and I express sincere and warm congratulations to the Turkmen people and Government, to His Excellency GurbangulyBerdimuhamedov, wishing progress and prosperity of Turkmenistan

Resolving the Israeli-Palestinian conflict remains one of the most intractable challenges facing the international community.  Regrettably, over the past year, there have been no positive developments, and the situation on the ground continues to deteriorate.

The intensification of illegal settlements, demolitions of Palestinian homes and the pervasive suffering in Gaza must stop.  The establishment of settlements in the Occupied Palestinian Territory, including East Jerusalem, has no legal validity and constitutes a flagrant violation of international law, as stated in Security Council resolution 2334.  These actions threaten to undermine the viability of establishing a Palestinian state based on relevant United Nations resolutions.  At the same time, the indiscriminate launching of rockets and mortars towards Israeli civilian populations must cease.

I call on Israelis and Palestinians, and all their supporters, to take steps that will restore faith in the two-state solution. There is no viable alternative.  It is a dangerous illusion to think that the conflict can be managed or contained in perpetuity.  Only constructive negotiations between the parties, in good faith, with support from the international community and adhering to long-standing United Nations resolutions and long-agreed parameters, will bring about a just and durable solution, with Jerusalem as the capital of both states.  What is needed, first and foremost, are leadership and political will.  The efforts of civil society and those on all sides who seek to bridge the gap between Israelis and Palestinians also need to be supported. 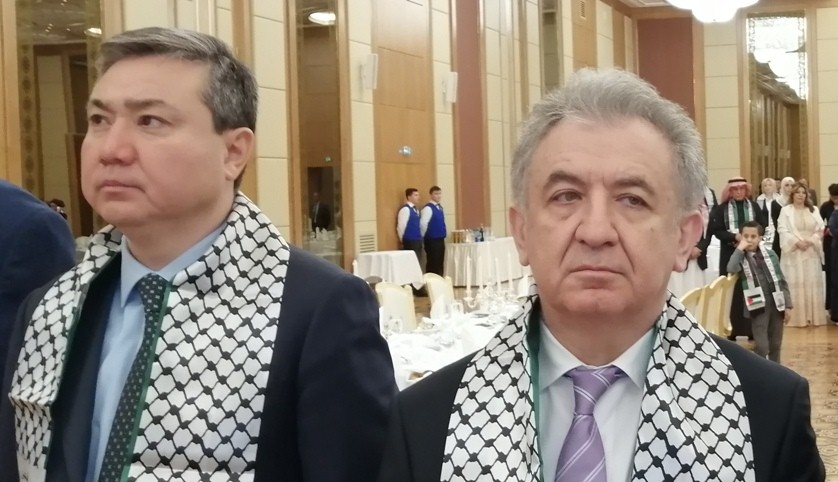 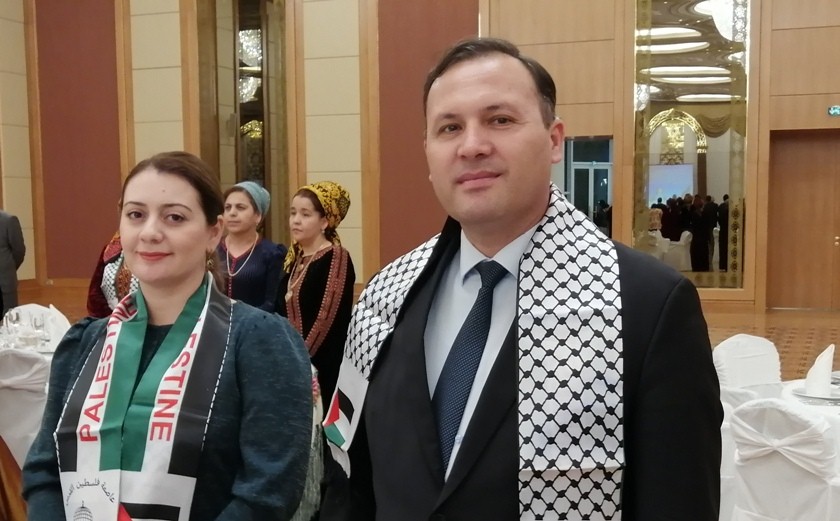 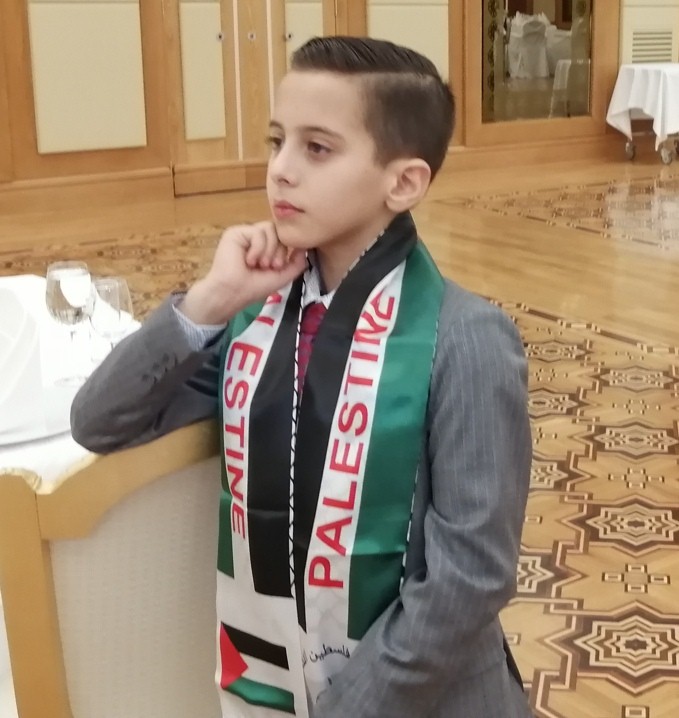