You are here: Home / Articles And Reports / National Day of UAE celebrated in Ashgabat

The embassy of the United Arab Emirates hosted a celebration on Monday (2 December 2019) to mark the 48th anniversary of the National Day of UAE.

Ambassador Hassan Abdullah Al-Adhab gave a short presentation and briefing on the history of the UAE, the progress made since the formation of the Emirates, and the EXPO-202 that would be hosted by UAE next year.

During the reception documentary was shown about the history, culture and development of the UAE.

Here is the text of the speech of Ambassador Hassan Abdullah Al-Adhab on the occasion:

This day in 1971 marked the beginning of the heyday and transformation of the country into one of the best in the world for its fiftieth birthday.

Our confident steps towards triumphal progress are taking place in all areas, embodying the UAE 2021 Concept. Under wise leadership, the country with unshakable determination continues its development and counts on the efforts of its youth in continuing to realize the great achievements.

Progress, development and prosperity are accompanied by a balanced foreign policy based on approaches of moderation and the values of truth, goodness, human conferral and tolerance. The UAE has become a symbol of generous humanitarian aid around the world, and the UAE diplomacy, thanks to the visionary and wise leadership, has built bridges of fraternal and friendly relations with the countries of the world.

The celebration of the 48th anniversary of UAE National Day coincides with the proclamation by the President of the United Arab Emirates of His Highness Sheikh Khalifa bin Zayed Al Nahyan – 2019, the Year of Tolerance. This draws on the approaches of former President Sheikh Zayed bin Sultan Al Nahyan to transform the United Arab Emirates into a global capital of tolerance and reaffirm the values of tolerance as a sustainable institutional work through a set of laws and policies aimed at deepening the values of tolerance and dialogue, mutual recognition and openness to different cultures, especially among new generations.

The World Conference of Human Brotherhood, organized by the Council of Muslim Elders in Abu Dhabi under the auspices of Crown Prince Abu Dhabi, Deputy Supreme Commander of the Armed Forces of the UAE, His Highness Sheikh Mohammed Ben Zayed Al Nahyan, adopted the Declaration “Human Brotherhood for Worldwide Community.” This document was signed in the presence of His Eminence Supreme Imam, Sheikh Al-Azhar Al-Sharif, Dr. Ahmed Al-Tayyib and His Holiness Pope Francis – Pope of the Catholic Church.

The Year of Tolerance reflects the approach taken by the United Arab Emirates since its inception, as a bridge for communication and rapprochement between peoples and cultures of the world in an open environment based on respect and rejection of extremism and mutual recognition.

The United Arab Emirates is an example of tolerance and harmony between people. Representatives of more than 200 nationalities live in the UAE, they live in harmony, and the laws of the country guarantee the residents the right to use services in the field of health, education and leisure on an equal footing with citizens and without any discrimination.

In ten months, the Expo 2020 Dubai exhibition will begin its work. It will be held under the motto “Connecting Minds. Creating the Future.”

This exhibition is one of the most important international exhibitions, and today, work is underway at an accelerated pace for the acceptance of all participants and demonstrations by all countries in their pavilions of their culture, economy, trade and history. More than 200 countries, including Turkmenistan, and more than 25 million visitors are expected to participate, which will strengthen cultural understanding between peoples and will change the idea of the region, as well as its role in establishing the status of our state as the cradle of new technologies and the incubator environment for projects, small and medium enterprises and entrepreneurs in the region.

The achievements of our country are not limited to economic success. On September 25, 2019, the first emirate astronaut, Hazzaa Ali Almansoori, went to the International Space Station, and the United Arab Emirates became the 19th country to arrive at the station to implement the most important points of its ambitious space program, which became a new stage in the development of the national space sector.

One of the most notable achievements of this year, achieved by the UAE diplomacy, is to strengthen the international position of the UAE passport. It occupies first position according to the Passport Index rating and received additional visa benefits. Now 177 countries allow UAE citizens to enter their territory without a visa.

The UAE Government attaches great importance to the development of relations with the friendly state of Turkmenistan in all areas. These relations between the two countries are based on mutual understanding and common interests and are constantly evolving.

We highly appreciate the historic visit of His Excellency the President of Turkmenistan, Mr. Gurbanguly Berdimuhamedov to the United Arab Emirates in March 2018, during which high-level meetings were held and a number of agreements were signed in the field of investment, economy, tourism and culture to achieve common interests of the two friendly countries and peoples.

I would like to pay tribute to the wise decision of His Excellency the President of Turkmenistan on the opening of the Consulate General of Turkmenistan in Dubai in November 2019. In his speech at this event, HE Sheikh Hamdan bin Rashid Al Maktoum praised the level of relations existing between the UAE and Turkmenistan, especially in the areas of investment, trade and tourism, and stressed the desire of the wise leadership of the UAE to strengthen ties of friendship and expand cooperation between the two countries and friendly peoples in order to ensure common interests.

We, in the United Arab Emirates, greatly appreciate Turkmenistan’s interest in opening a Consulate General in Dubai. We consider this step as a wise decision made by the Government of Turkmenistan. This event helps strengthen bilateral relations between fraternal countries. /// nCa, 3 December 2019 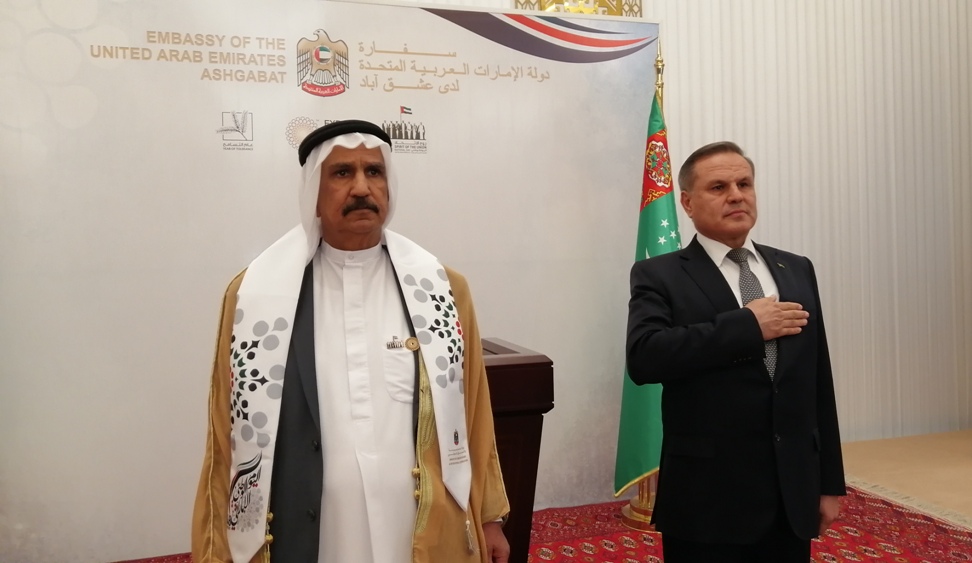 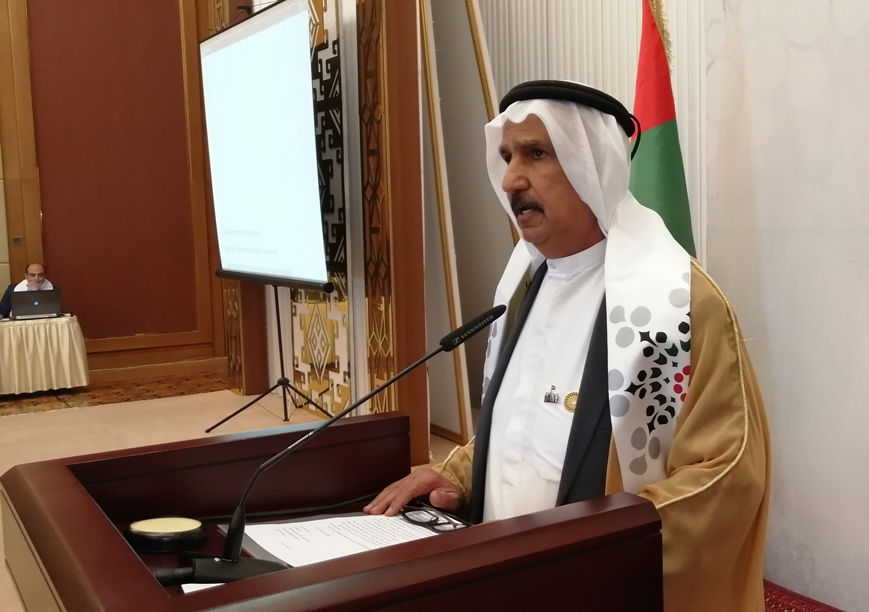