You are here: Home / Articles And Reports / Kyrgyz Yurt in Paris: UNESCO presents the nomad heritage of Central Asia

Kyrgyz yurt has been installed at the headquarters of UNESCO in Paris. 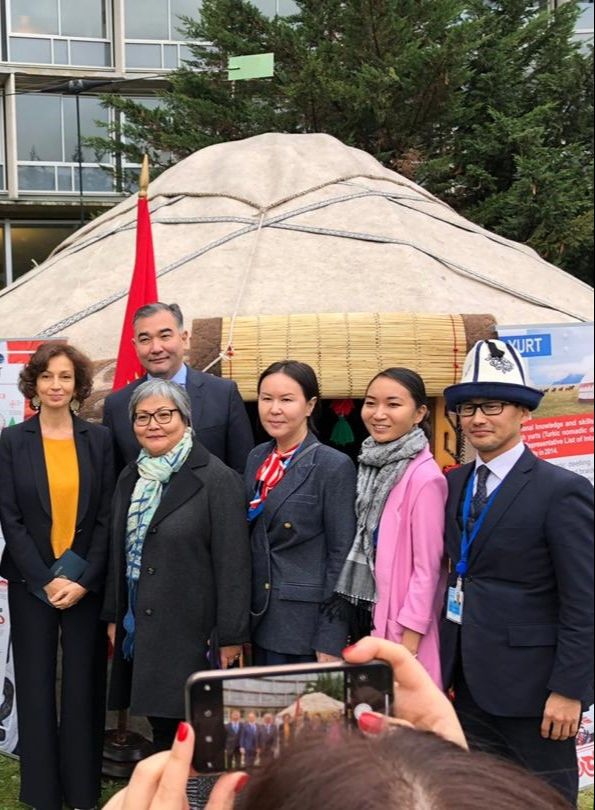 The presentation of the Yurt has been held on the sidelines of the 40th session of the UNESCO General conference, underway these days in the capital of France. Participants and guests of the event, including dozens of heads of delegations of Canada, China, Malaysia, Cambodia, Kuwait, Sweden, ambassadors and permanent representatives of member states to UNESCO, got acquainted with the decoration of the portable house of nomads of Central Asia.

In 2014, at the initiative of Kyrgyzstan and Kazakhstan, the yurt entered the Representative list of the intangible cultural heritage of mankind in the nomination “Traditional knowledge and skills in making Kyrgyz and Kazakh Yurt”.

The yurt remains a cultural and historical heritage of all nomadic and semi-nomadic Turkic peoples. Even the word “yurt” in translation from Turkic languages means “home”, “homeland”, “country”. The nomadic epoch of Central Asia has sunk into the past. However, to present day yurts, assembled according to the handicraft techniques handed down from generation to generation, comfortably coexist in villages with solid brick residential buildings, symbolizing family unity and hospitality. 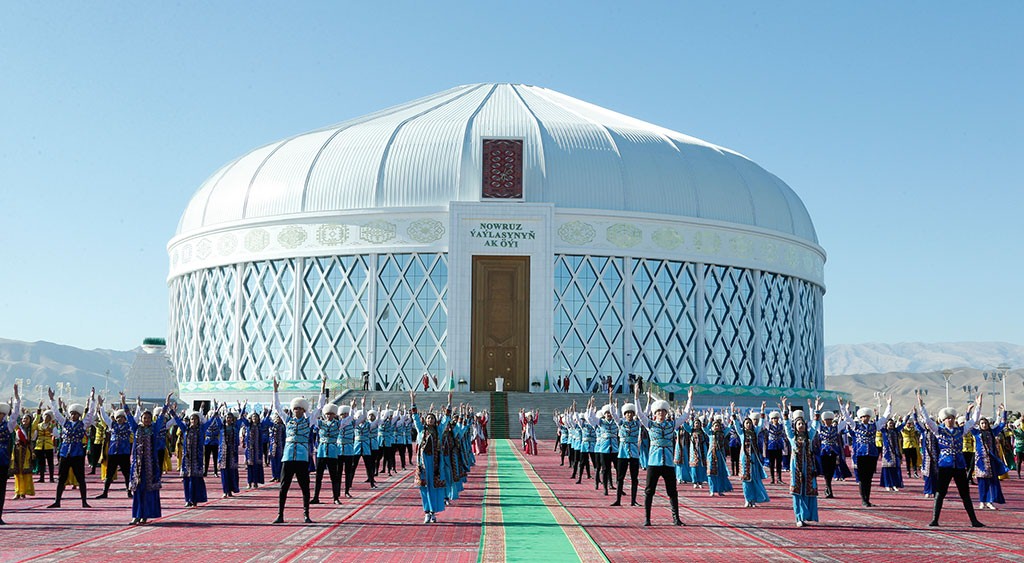 And in Turkmenistan, for example, the yurt has become a part of the modern architectural image of the country. A few years ago in the suburbs of Ashgabat and Mary giant white marble yurts “Türkmeniňaköýi” for 3000 seatswere built. Similar buildings for festive and cultural events are being built in other regional centers. /// nCa, 19 November 2019