You are here: Home / Articles And Reports / UAE embassy in Ashgabat presents at foreign office copy of document “human fraternity for world peace and living together”

Abdulaziz Abdulla Alhashemi, the Chargé d’affaires of the UAE Embassy in Turkmenistan, presented on Tuesday (12 November 2019) a copy of the Document on “Human fraternity for world peace and living together.” to Myatiev Berdyniyaz, the Deputy Minister of Foreign Affairs of Turkmenistan. 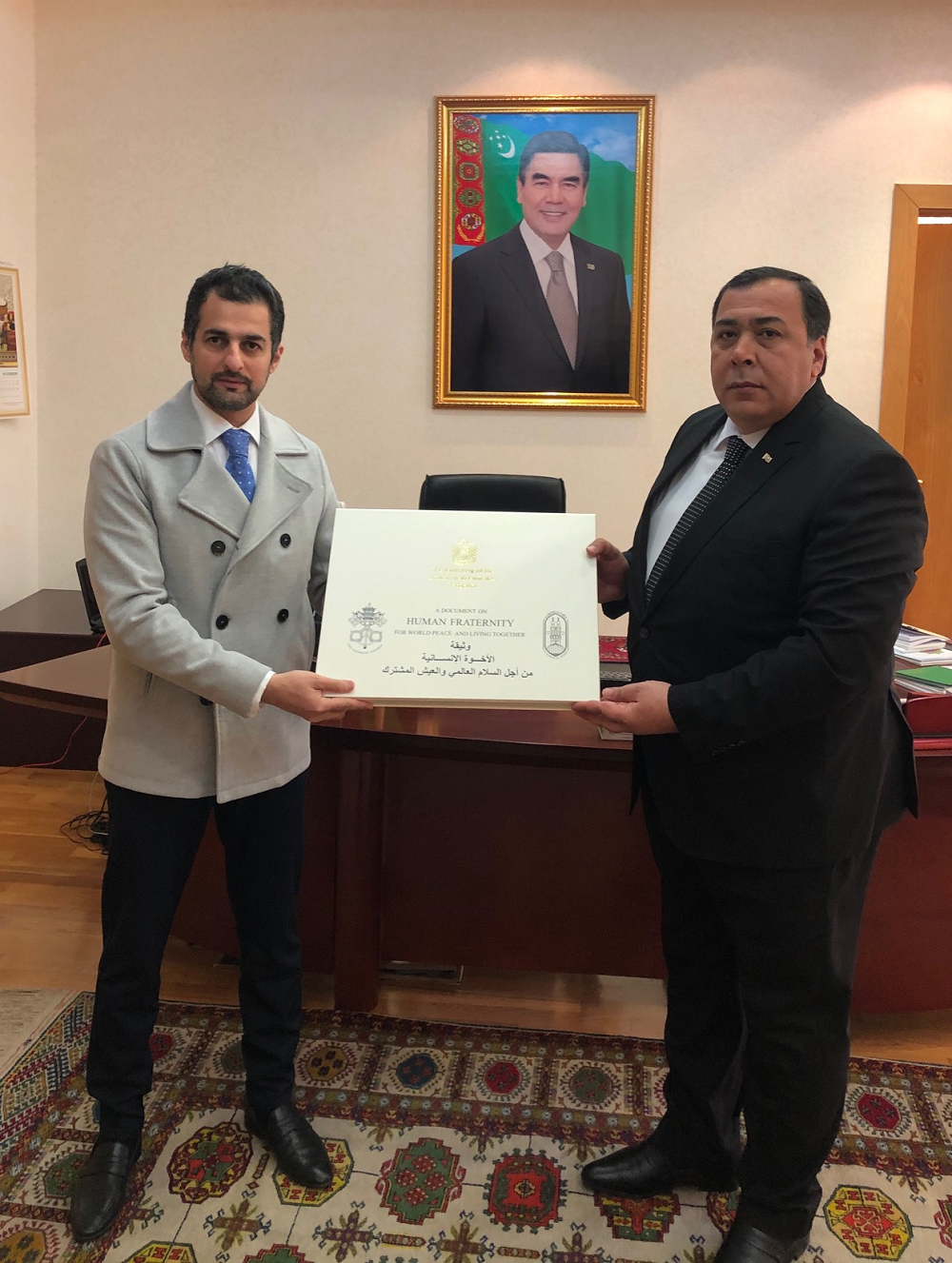 Alhashemi also discussed the Document with the Deputy Minister of Foreign Affairs of Turkmenistan, emphasizing the importance of this Document for global peace and coexistence, and its importance for the UAE, especially since various events are held in the UAE on the occasion of Announcement 2019 – the Year of Tolerance in the UAE.

The Document on “Human fraternity for world peace and living together” was signed at the Interfaith dialogue during Human Fraternity International Conference organized by the Council of Muslim Elders in Abu Dhabi under the patronage of His Highness Sheikh Mohammed Bin Zayed Al Nahyan – Crown Prince of Abu Dhabi, Deputy Supreme Commander of the UAE Armed Forces.

Human Fraternity Document for World Peace and Living Together

The document on human fraternity for world peace and living together was issued in the meeting and signed by Grand Imam of Al-Azhar Al-Sharif and the Head of the Catholic Church. The document upholds the following:

Al-Azhar and the Catholic Church ask that this document become the object of research and reflection in all schools, universities and educational institutes, thus helping to educate new generations to bring the good and peace to others, and to be defenders everywhere of the rights of the oppressed and of the least of our brothers and sisters. /// UAE Embassy Ashgabat, 13 November 2019