Home » 100th Anniversary of Independence of Afghanistan celebrated in Turkmenistan

Ambassador Meerwais Nab of Afghanistan hosted a reception on 19 August 2019 in Ashgabat to mark the 100th anniversary of the independence of Afghanistan.

Here is the speech of Ambassador Nab on the occasion:

In the Name of Allah

the Most Beneficent, the Most Merciful.

Your Excellency Mr. Chakiyev Mammethan Berdymyradovich Deputy Chairman of the Cabinet of Ministers of Turkmenistan, my brother Hajiyev Vepa Deputy Minister of Foreign Affairs, Dear Ambassadors and members of the diplomatic Corps, Compatriots, Ladies and Gentlemen! 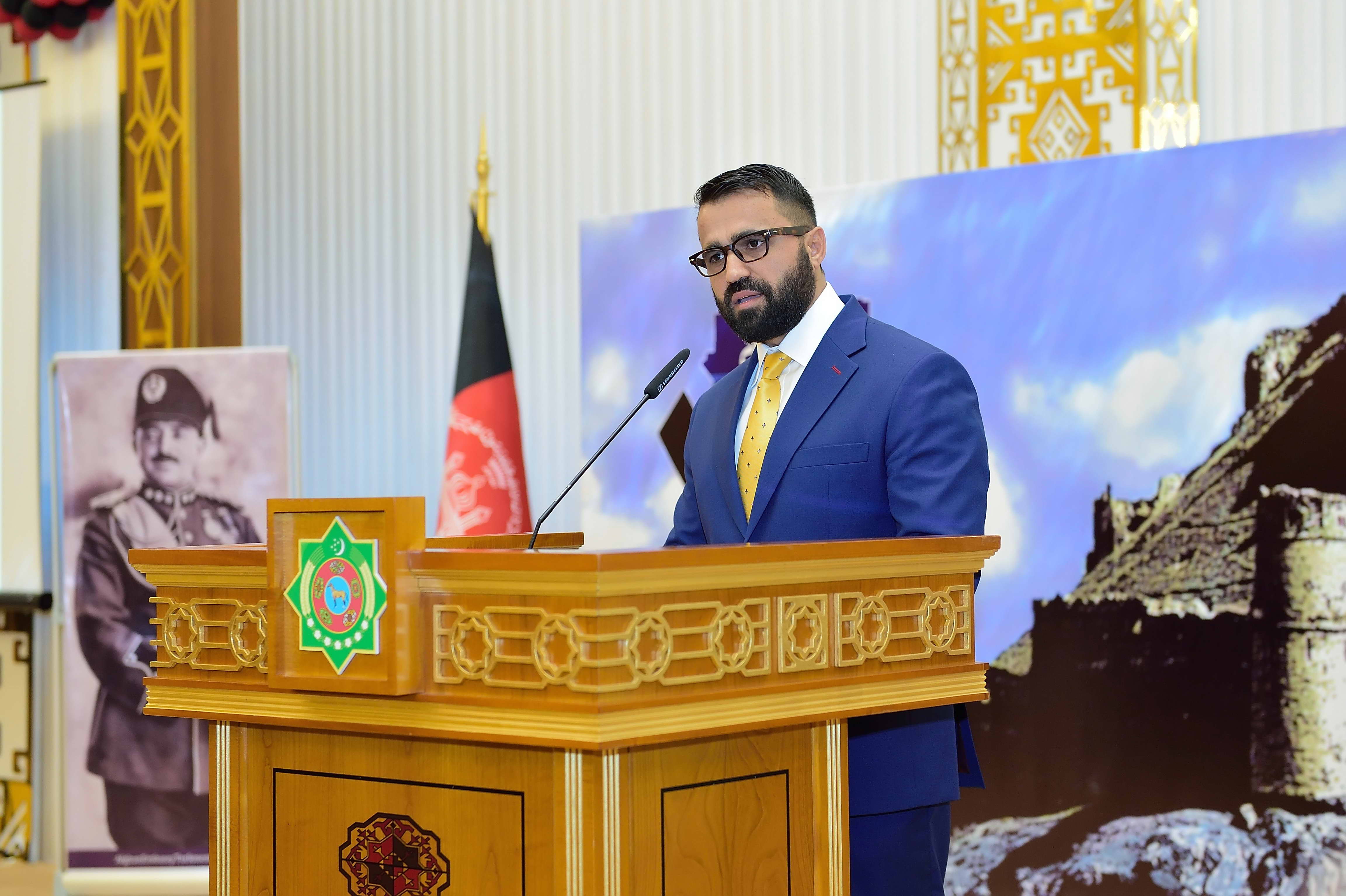 I welcome all of you to celebration of Afghanistan’s National Day and tribute to the victims of freedom and independence. 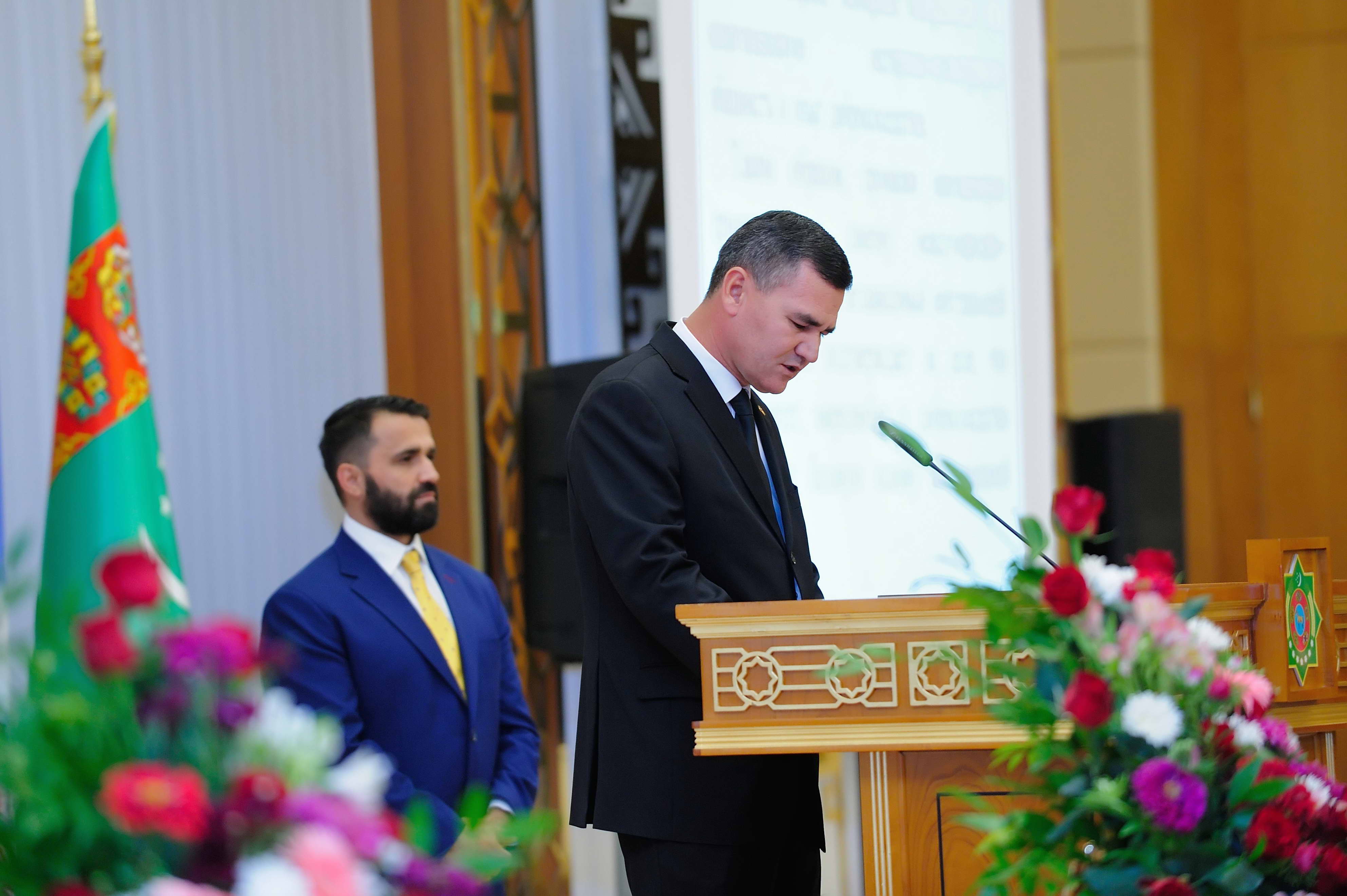 Allow me to congratulate the people of Afghanistan on the occasion of National Day and express my gratitude for your participation. 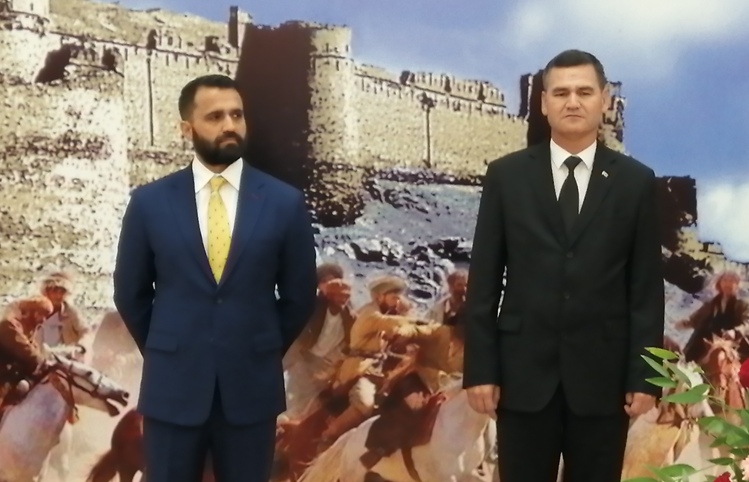 We are celebrating our National Day on the time when the day before yesterday the savage terrorists martyred and injured dozens of Afghan children, women and civilians, committing crimes against humanity.

Our message to the terrorists and their supporters is clear. They cannot defeat us by killing innocent, but each single attack of this dark force of history raises dozens of reasons in us to confront them.

Over the past hundred years, Afghanistan has witnessed bloody and devastating aggressions. But despite this, the Afghan people for last nineteen years were able to take concrete steps in creating a democratic society, achieving economic, scientific and cultural development. 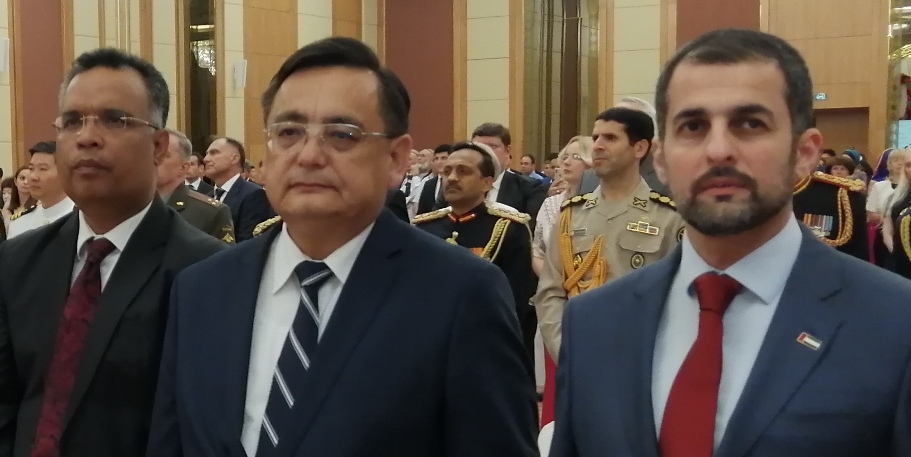 The development of friendly and strategic relations with the countries of the region and the world demonstrates the national and firm will of the Government of Afghanistan to progress. 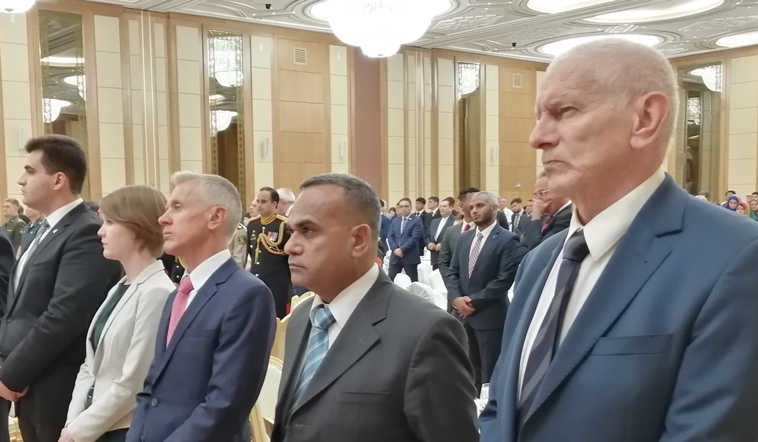 The security forces of Afghanistan, in cooperation with the international communities are fighting the terrorist and extremist groups of the countries in the region and beyond.

The fight against terrorism and extremism is not only the task of the Afghan people.

Expressing gratitude to the cooperation of International Communities, I would like to note the fact that Afghanistan is currently a security shield for the Central Asian and other neighboring countries in the fight against extremist and terrorist forces.

We must not forget that in the current situation, in addition to terrorist groups such as the Taliban, Haqani, Al-Qaida and ISIS are also a potential danger to Afghanistan, the region and the whole world. 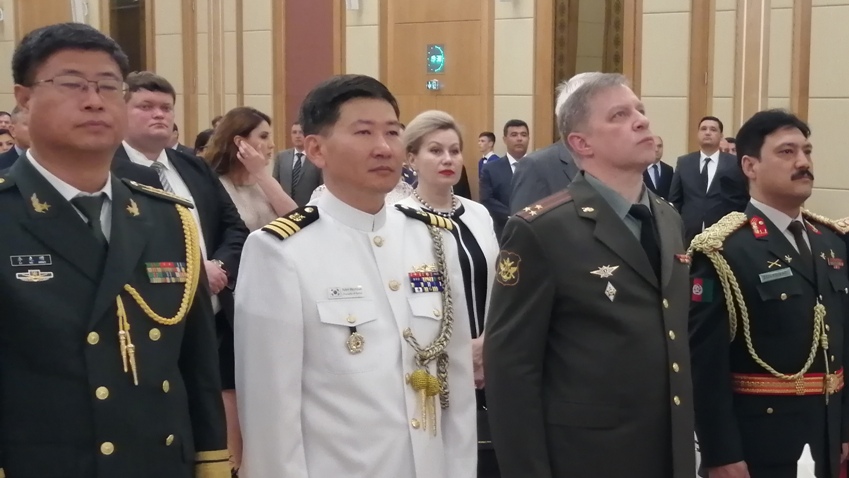 The presence of approximately twenty terrorist groups in Afghanistan, nine of which have also been recognized by the UN Security Council as International Terrorist Organizations is a testament to a greater threat for peace and stability in the region.

The main desire of the Afghan people is to ensure sustainable peace, strengthen justice, stability, and economic development of Afghanistan.

Therefore, the Government of the Islamic Republic of Afghanistan, with responsibility and perseverance, confronts the terrorist groups, and at the same time opens its doors to peace negotiations. 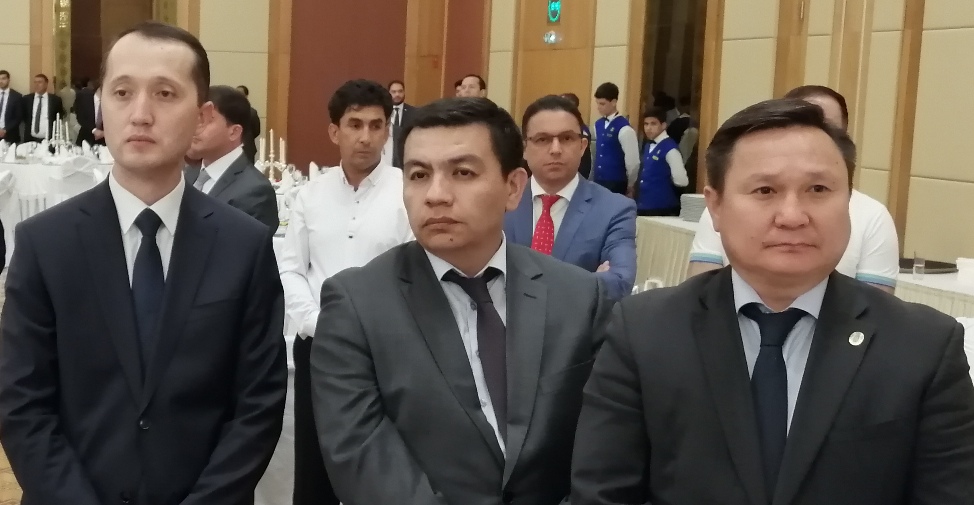 In addition, the government pays great attention to the implementation of large-scale projects that will create jobs, ensure regional economic integration and contribute to the eradication of poverty.

Despite the fact that undeclared war and terrorism causes enormous pain and torment which leads to numerous casualties among the innocent people of Afghanistan, nothing can harm the strong will and solidarity of the Afghan people in achieving peace, stability and development, which are fundamental rights of the people.

Under any conditions, the Afghan people will not deviate from the historical achievements of two decades in the fields of political, economic and social development, which are also guaranteed in the our constitution.

As a hub of trade and transit, Afghanistan sees its national interest in cooperation with other countries of the region and the world.

The Government of Islamic Republic of Afghanistan with full seriousness actively participates in the implementation of large scale projects in cooperation with the countries of the region, in particular with our friend and brotherly Turkmenistan such as TAPI, the Turkmenistan-Afghanistan-Tajikistan railway lines, Turkmenistan-Herat railway lines, 500kW transmission line , Turkmenistan-Afghanistan-Pakistan, 500 kW power line. TUTAP, the construction of the Turgundi, Herat, Chemen highway, the Chabahar-Khuwaf-Herat railway line, as well as in such large regional projects like CASA -1000 and the Lapis Lazuli Trade and Transit Corridor.

Taking this opportunity, I would like to express my gratitude to His Excellency the President of Turkmenistan for long-term cooperation and the attention and assistance rendered in the implementation of these projects.

Successful implementation of these projects will contribute to job creation, social well-being throughout the region, and help the fight against extremism and terrorism. 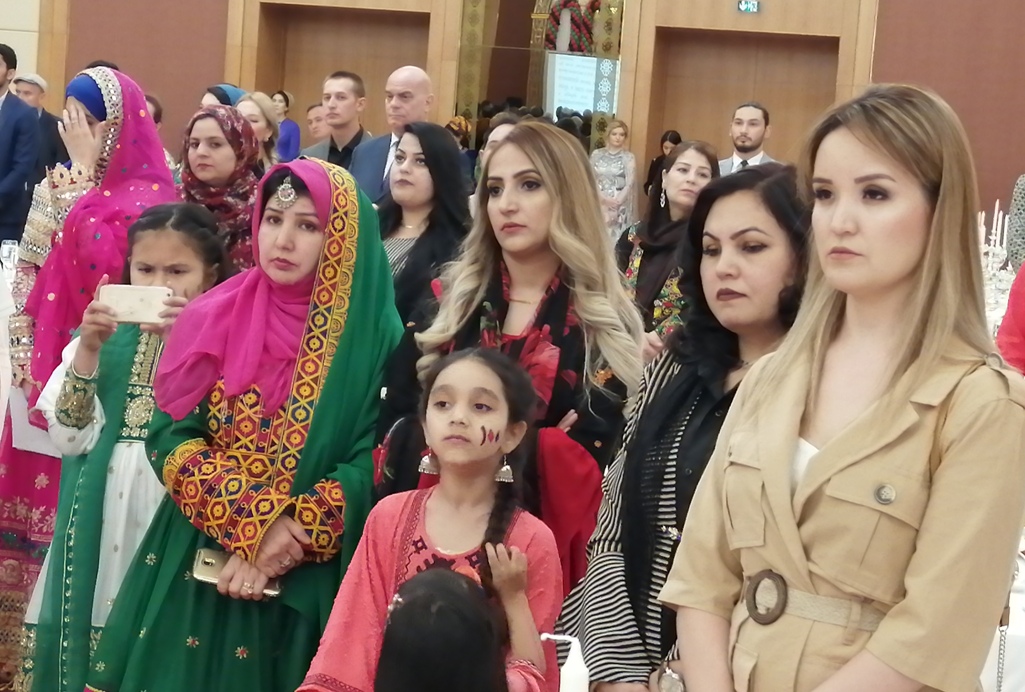 In addition, these projects will form the basis for investment (attraction) of investments, economic development and regional integration, as well as create a vacuum for the activities of groups that cause panic.

The implementation and commissioning of the aforementioned Regional Infrastructure projects will turn Afghanistan into a natural hub of trade and transit between the Central Asian region and South Asia, and will prove that economic integration and regional development projects have the results of a “win-win” result for all countries of the region. 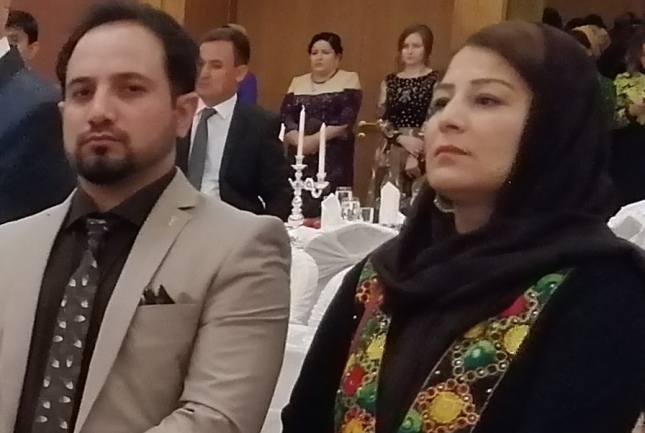 In this regard, the start of construction of several large projects such as the Lapis Lazuli Trade and Transit Corridor and TAPI Pipeline are evidence of the significant role of Turkmenistan in economic development, ensuring peace and stability in Afghanistan.

In recent years, friendly relations between Afghanistan and Turkmenistan have developed at a rapid pace. The signing of the Strategic Partnership Agreement, the numerous visits of the Presidents of the two countries to Turkmenistan and Afghanistan, the visits of Mr. Meredov the Minister of Foreign Affairs of Turkmenistan to Afghanistan, as well as dozens of visits by dignitaries of the two states are evidence of the development of relations between two sincere neighbors having a common identical culture and civilization. 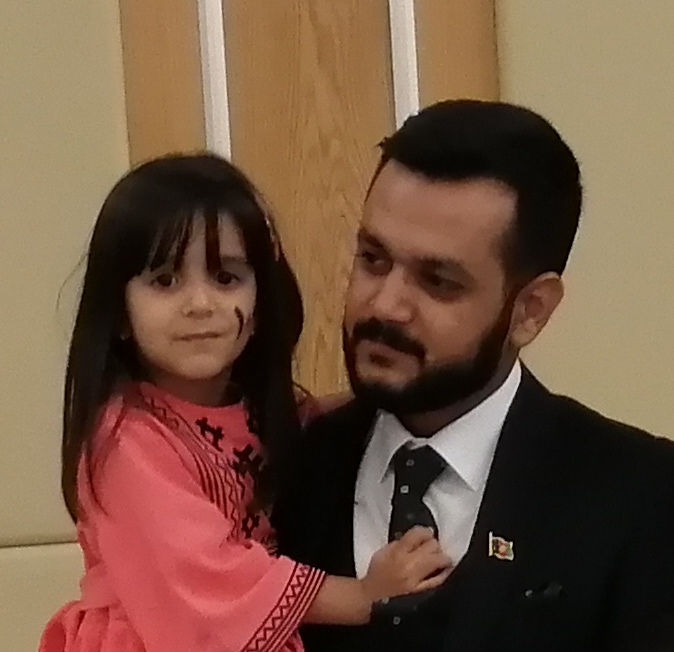 The commonality in religion, language, culture and history of the two nations are deep and inseparable.

It is glad that the people and government of the two countries have transformed historical closeness into political and economic integration.

The deep relations between the two countries in various fields such as politics, economics, energy, transit and culture are testament to a wise long-sighted policy. 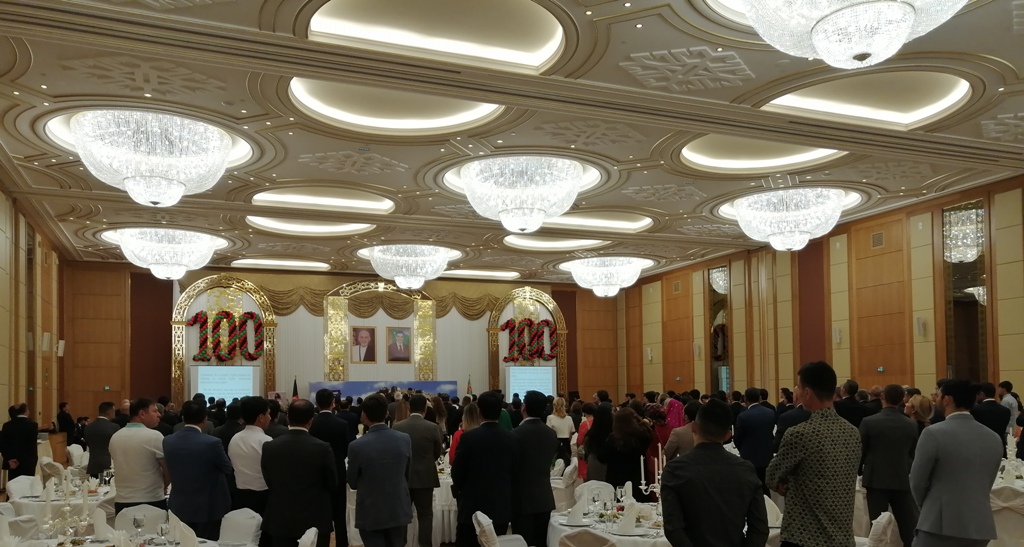 Concluding my speech, I thank you all once again for your participation on our National Day reception.