You are here: Home / Articles And Reports / Preservation of historical heritage of Central Asia and Russia discussed in Kazan

The Institute of Central Asian studies, one of the research arms of the Kazan Federal University, hosted on 26-28 July a scientific forum on the problems of preserving the historical and cultural heritage of Central Asia and Russia. 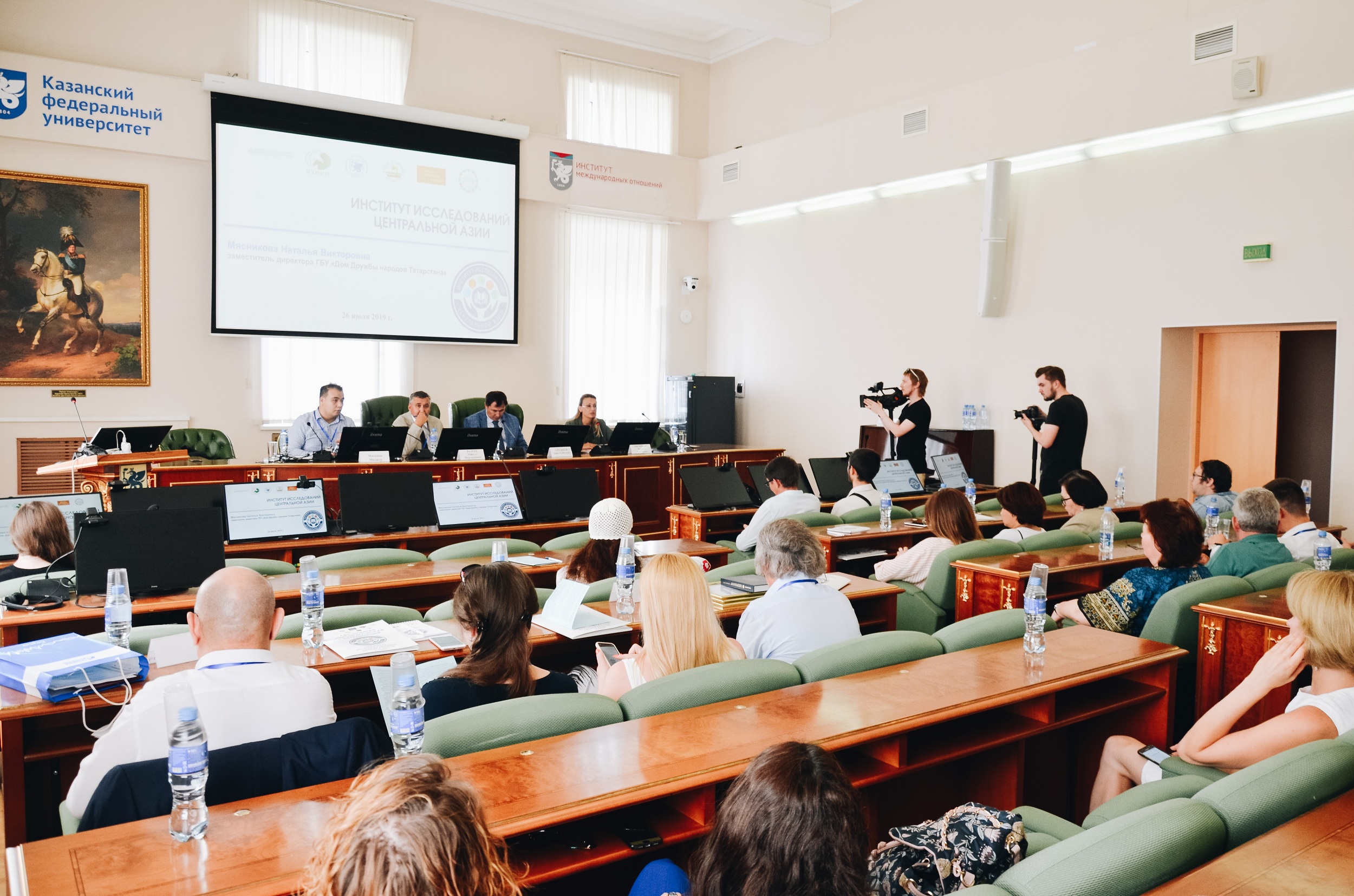 Why is the topic of humanitarian security relevant today?

Opening the forum, Rafael Valeev, Vice-President of the Russian national Committee of the International Council on Monuments and Sites, explained the relationship between the concept of humanitarian security and the process of preserving historical and cultural heritage.

“The fact that any monument can become a great humanitarian problem we felt at the stage of the collapse of the Soviet Union, when Armenians and Azerbaijanis in Nagorno-Karabakh disaccorded  – what is ancient – a Church or a mosque? We know a lot of examples when cultural heritage becomes a factor determining the fate of both nations and people,” Valeev stressed. 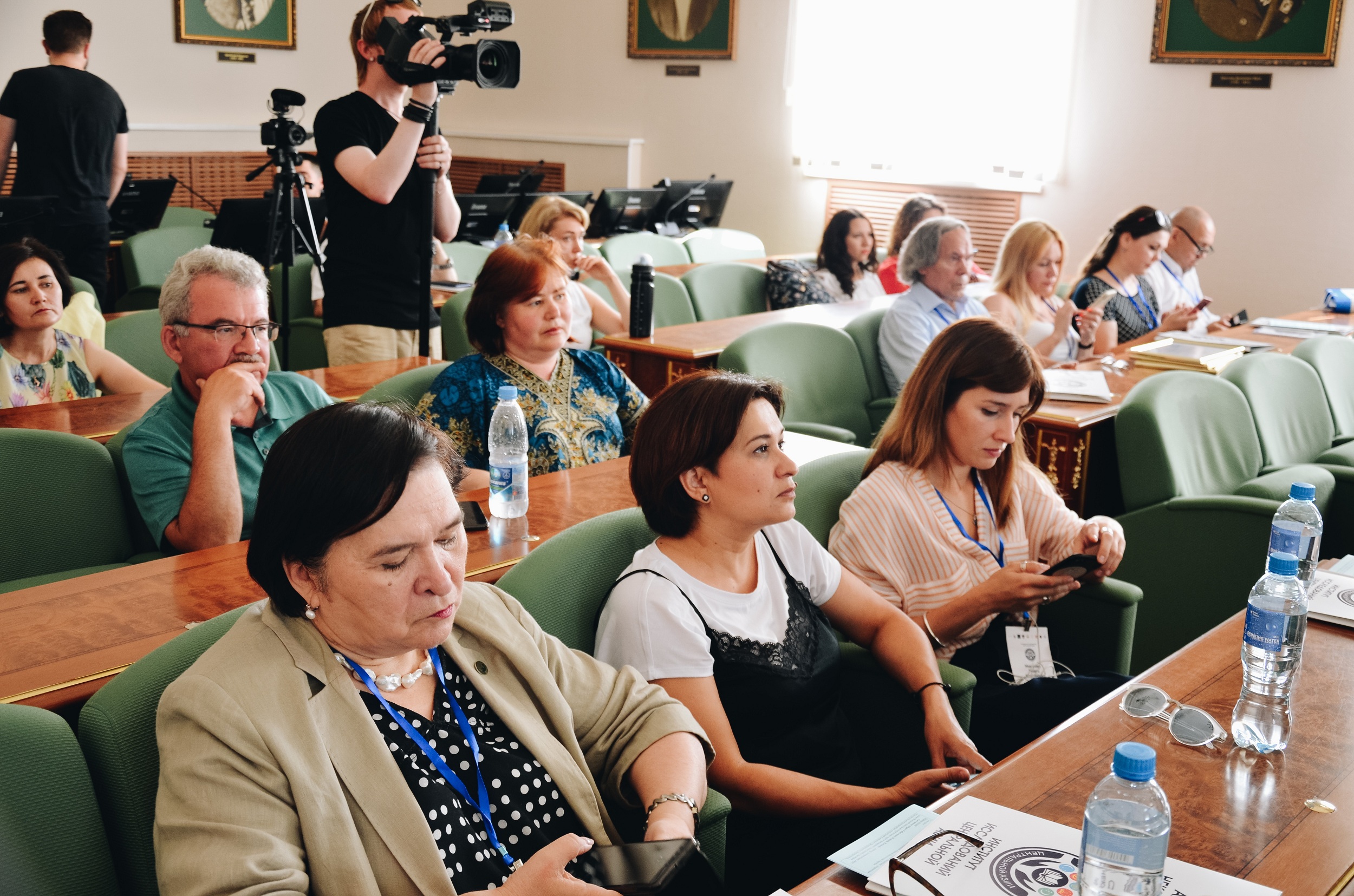 He also focused on numerous correlations in the history of Russia and Central Asian countries, tracing the entire history of their creation and formation, as well as the processes of periodic unification in the same state units. Of course, during all these centuries and even millennia, each nation within the mentioned countries created its own objects, which later gained the status of historical and cultural heritage. And these sites and objects belong often not to one nation, but to several. Today, their preservation requires joint efforts.

Valeev in his speech traced the main stages of work in the field of conservation of historical and cultural heritage in Russia and Central Asia, since the Soviet period. The experience of the USSR in this direction is largely positive. A number of objects were included in the UNESCO world heritage list. However, at the same time, the work in those years was declarative in its nature.

Problems remained after the ratification of the Convention concerning the Protection of World Cultural and Natural Heritage.

“The view on the situation with the protection of heritage was something like this – we will work on the inclusion of the object in the necessary registers, if possible, in the UNESCO list, but then we will not carry out any measures to preserve it,” Valeev said.

The expert also pointed to the need to add to the national legislations such concepts as “buffer zone” and “management plan” for the allocation of appropriate public funds for cultural heritage.

Ancient transport links on the territory of Russia and Central Asia

Director of the Higher school of Historical Sciences and World Cultural heritage of KFU, Director of the Institute of archaeology AiratSitdikovargued about transcontinental trade and technological communications between Russia and Central Asia in the context of the preservation of historical and cultural heritage. This connectivity were formed in the period preceding the Middle Ages, and over time did not lose its value. Their development, particularly the great silk road and its Volga-Caspian leg,contributed largely to the emergence of such states as the KhazarKaganate, Volga Bulgaria, the Golden Horde.

“Trade routes of the Volga-Caspian route included the Volga-Kama, Volga-Baltic and Caspian-Ural routes. When overlaid on a modern map, they cover nine countries: Russia, Kazakhstan, Azerbaijan, Ukraine, Belarus, Uzbekistan, Turkmenistan, Iran, and Latvia. And these are thousands of cultural heritage sites that were tied to these waterways and land areas,” the expert said.

These communication links can be traced in Tatarstan. For example, in the city of Bolgar, architectural features of buildings, both public and religious centers, baths, a number of findings obtained during the excavations clearly indicates the presence of stable close relationships with Central Asia, which laid the basis for common traditions and technological development. 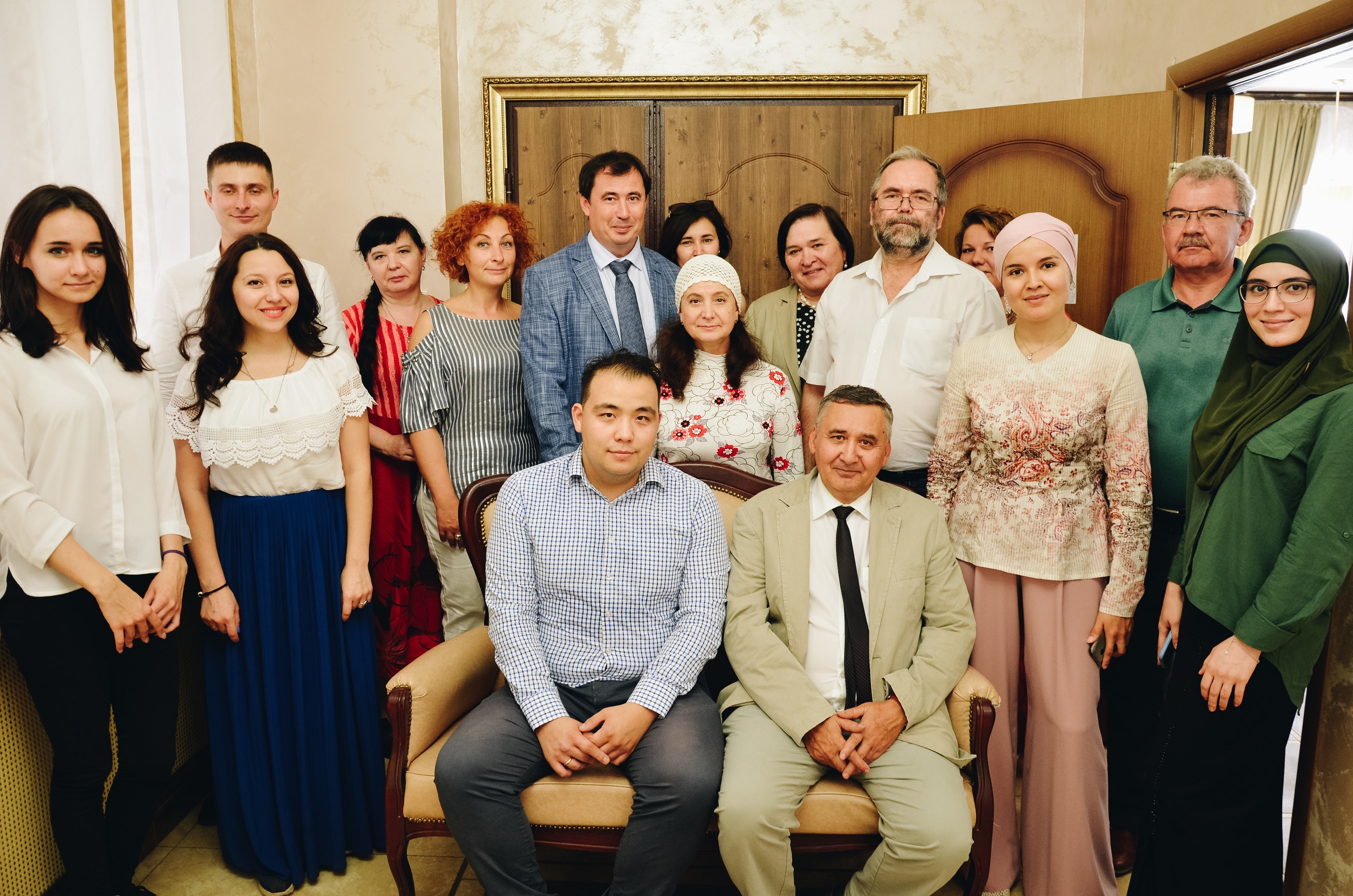 Sacral geography – the experience of Kazakhstan

During the forum, the report of the Director General of the Institute of archaeology named after A. H. Margulan of the National Academy of Sciences of Kazakhstan BauyrzhanBaytanayevwas read out.

Since 2017, the Institute of archaeology is engaged in the project of the register of sacred objects of Kazakhstan or the so-called sites of sacral geography. This includes various religious architectural structures, cities, settlements, mounds, necropolises, shrines, rock paintings, historical landscapes.

“Religious tourism is growing, involving more and more regions. There is a need to draw a line between religious tourism and popular pilgrimage associated with the cult of worthy ancestors. In connection with the urgent issue of determining the sacred objects of Kazakhstan, compiling their register, scientists will develop their own vision and formulate their attitude to this problem in order to raise general awareness. The work related to the definition of sacred place will prevent the spread of charlatanism in the field of historical and cultural heritage, the manifestation of religious extremism on this basis,” Baytanayev said in his report.

Ultimately, the large-scale work on the systematization and preparation of a multi-volume register of sacred monuments is aimed at consolidating the people, the formation of a new national idea.

Serial nominations will ensure a comprehensive approach to heritage

Another trend in the field of preservation of historical and cultural heritage in Russia and Central Asia is the serial nominations for the UNESCO World heritage. The researcher of the International Institute for Central Asian studies Majer Masanov mentioned in his report both the past experience of Central Asian States in this field, their current work, and the most promising projects in the context of transnational nominations.

IICAS is initially focused on the work within the framework of the Serial World Heritage Nomination of the Silk Roads. Thus, in 2014, the Chang’an – Tien Shan corridor was inscribed in this nomination. Now the work is underway on the Ferghana-Syrdarya and Zarafshan-Karakum corridors.

IICAS counts the inclusion of Volga-Caspian corridor among the promising projects. In addition, the organization is working on setting up another serial nomination – “Rock art of Central Asia”.

Ustyurtplateau (territories of Kazakhstan, Turkmenistan, Uzbekistan), which could be the first object of mixed heritage – natural and cultural, is also defined as a forward-looking project.

“Within the framework of serial nominations, additional protection can be ensured for its components that have a low potential for inclusion as a separate object in the World Heritage List,” Masanov said.

As the expert noted, the serial nominations also allow to work out an integrated approach, including the opportunity to get more funding for various initiatives, in particular for research.///nCa, 4 Aug