You are here: Home / Articles And Reports / Daniya Espayeva – female candidate in presidential elections of Kazakhstan

The political events in Kazakhstan are going through an amazingly rich period. One after another, the volitional decisions of the first President of the country, Nursultan Nazarbayev, attract the attention of the international community, putting the Republic in the top countries most mentioned in the press and in the network of countries of the world. 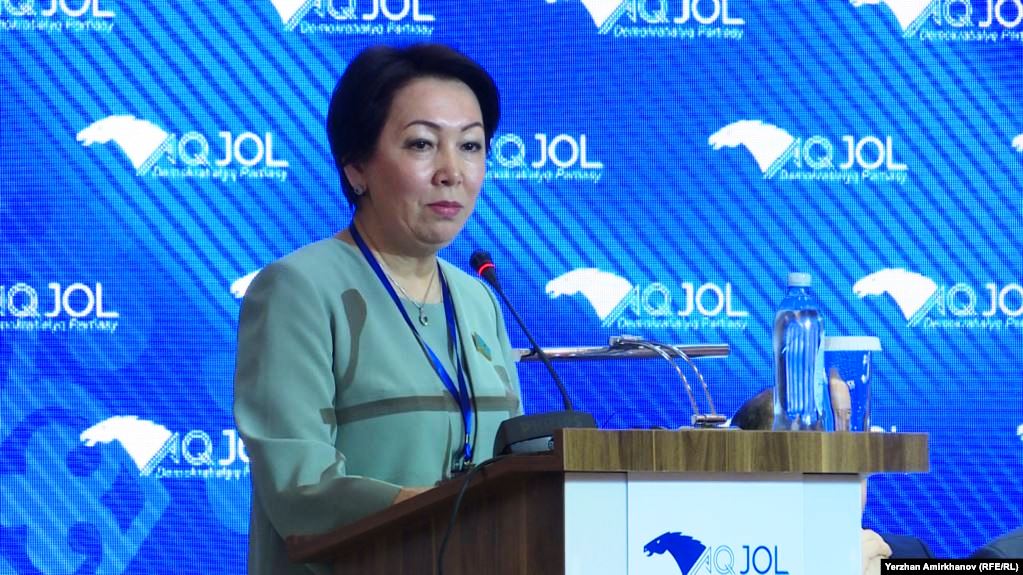 It is believed that the countries of Central Asia, more than that – of Eurasia, albeit in varying degrees, but, by and large, are not an example in the successful implementation of gender policy. Nevertheless, Kazakhstan, being the undisputed leader of the Central Asian region, and here compares favorably with its “brothers”.

So, who is she who has risked becoming the first female candidate for the presidency in the history of modern Kazakhstan?

The candidacy of Mrs. Daniya Espayeva, a member of the lower house of Parliament, was put forward at an extraordinary congress of the Ak Zhol party, of which she is a member. Her candidacy was put forward on April 24th. On April 26, Mrs. Espayeva successfully passed the compulsory exam for knowledge of the Kazakh state language, and the next day, the Central Election Commission of the Republic of Kazakhstan stated that Espayeva’s candidacy fully complied with the requirements of electoral legislation.

On May 6, she became the fourth of seven candidates registered with the CEC of the RK, six of whom are men. According to the Central Election Commission, Mrs. Espaeva gathered in her support the signatures of 144,098 citizens in all 17 regions of Kazakhstan.

According to information taken from open sources, Daniya Madievna Espaeva was born in 1961. In early childhood, she lost parents. In 1982 she graduated with honors from Almaty Accounting and Credit College. In 1993 – the Kazakh State Academy of Management of Almaty with a degree in economics.

Immediately after graduating from the technical school, in 1982, she began work in the banking system. Her total work experience in this field is 34 years, of which 17 years – in a managerial position. 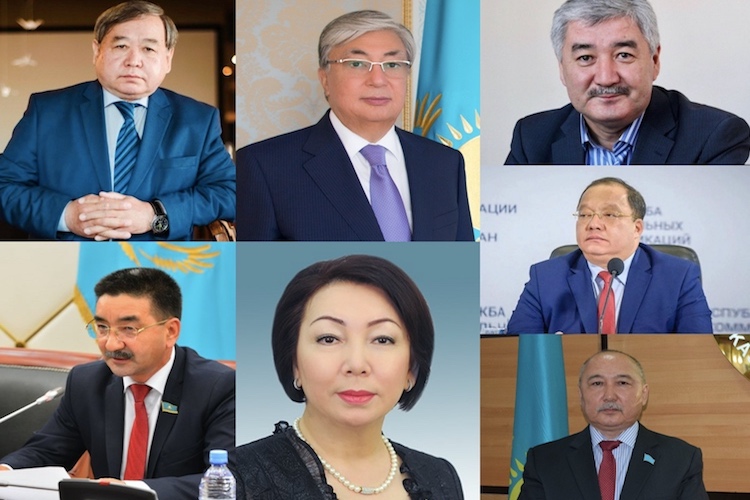 Since March 2016, she is a member of the Finance and Budget Committee, as a deputy of the Majilis of Kazakhstan. For professional services she was awarded the Order “Kurmet”. She is married and has two sons and as many grandchildren. And it’s all. Or almost everything that is known about the personal life of the first woman candidate for the presidency.

There are much more excerpts in the Kazakh press about the activities of Mrs. Espayeva as a political unit. Why are only her statements to the “sexists.”

For example, not so long ago, Daniya Espayeva said that she was saddened by the statements of some fellow citizens that a woman in Kazakhstan society should know her place. Moreover, Mrs. Espayeva apparently intends to ensure that people with such an opinion change their outlook. “52 percent of Kazakhstan’s population are women. What is the main problem? The problem of mothers, large families. And I, as a woman, as a mother, I think that I can thoroughly understand this problem and find real, right solutions,” said Espaeva.

In addition, Daniya Espayeva voiced the fact that she “made her personal contribution to solving one of the problems of mothers of many children, inviting mothers-heroines to highlight the priority in the queue for housing, primarily for rent”.

Daniya Madievna paid special attention to domestic “sexists”, stating that she would protect the rights of women entrepreneurs and eradicate corruption in the ranks of public servants, pointing out that men are always involved in major corruption scandals.

During her time in office as an elected deputy, Mrs. Espayeva repeatedly distinguished herself by active participation in the public and political life of the country, as well as by a bright social position.

And yet, Mrs. Espaeva can hardly be called a favorite among the candidates for the presidency. And it’s not about gender equality. Her experience and experience in politics are comparatively lighter, for example, to the political back-ground of such a “heavyweight” as Kasym-Zhomart Tokayev.

So, according to opinion polls, Tokayev will be a favorite of the presidential race. The current president of Kazakhstan sees his main task as “continuity, justice and progress”.

For the international political establishment, Tokayev is one of Nazarbayev’s associates, one of those who stood at the helm of the state apparatus since Kazakhstan gained independence. He is one of the architects of that very course and reforms, which, more than 20 years later, led an unknown republic in Central Asia to the state of affairs which is now called in the world “the economic and political miracle of Eurasia.”

Of the non-systemic players, an open opponent of the transit of power in Kazakhstan is a runaway oligarch M.Ablyazov, who now positions himself as a dissident and oppositionist. From abroad he has already stated several times that he will hold mass protests in all regions of the republic. But in fact, no more than 40-50 people went to all these actions in Nur-Sultan and Almaty. This indicates that Kazakhstanis mostly agree with the scenario of the transition of power, in which they see the preservation of stability in society.