You are here: Home / Articles And Reports / Ambassador of UAE hosts Iftar reception in Ashgabat 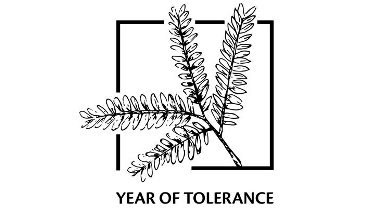 Ambassador Hassan Abdullah Al-Adhab of UAE hosted an Iftar reception on Wednesday (29 May 2019).

The UAE has declared 2019 as the Year of Tolerance. Tolerance, as elucidate by the government of the UAE, is a broad concept.

The programme, launched in June 2016, is based on seven key pillars:

The programme will be implemented in collaboration with federal and local entities under five main themes:

Ambassador Hassan Abdullah Al-Adhab highlighted the significance of the concept of Tolerance in his speech.

The members of clergy from the Russian Orthodox Church of Turkmenistan were present during the reception. 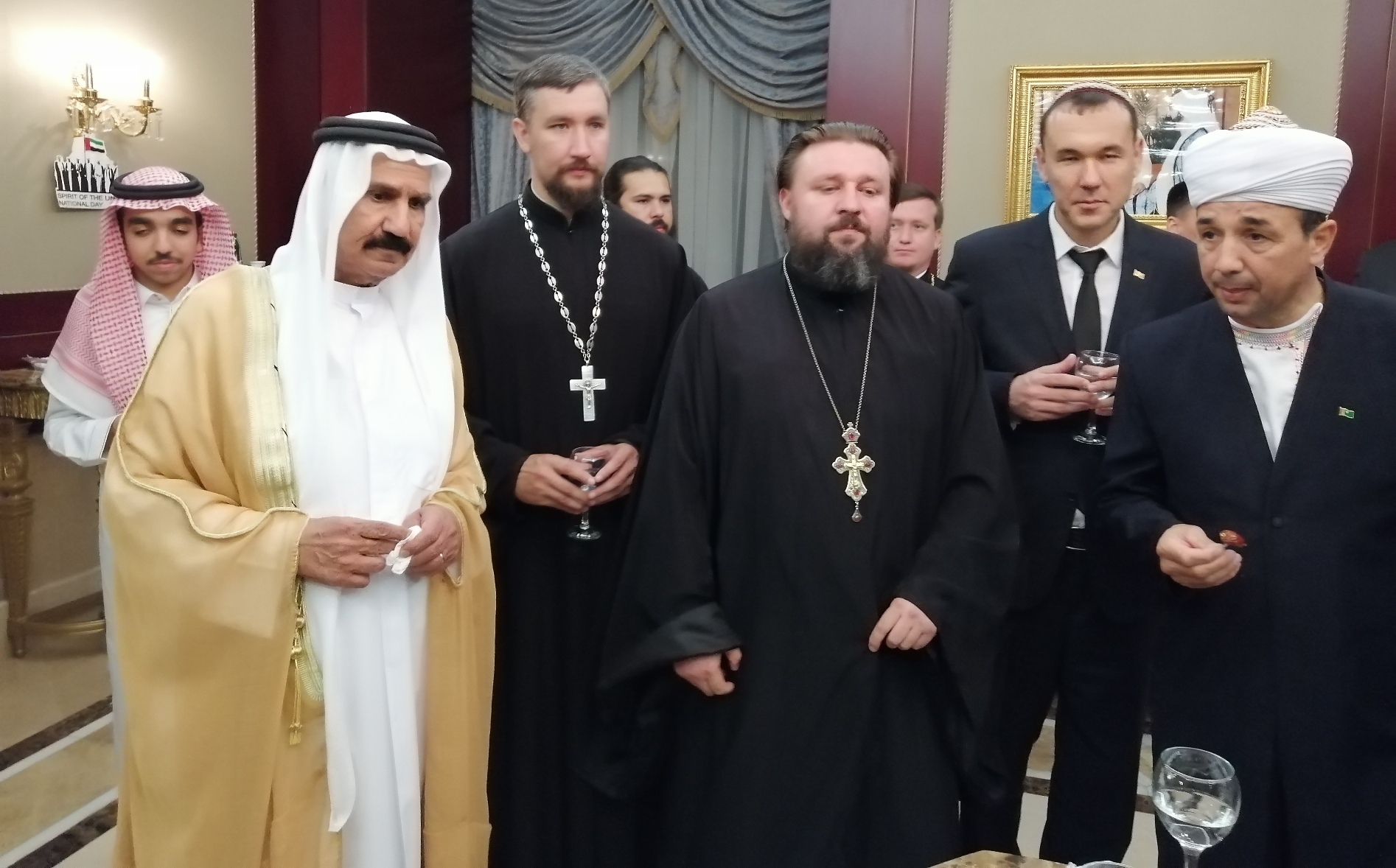 Peace be upon you, and may the mercy and blessings of Allah be upon you! 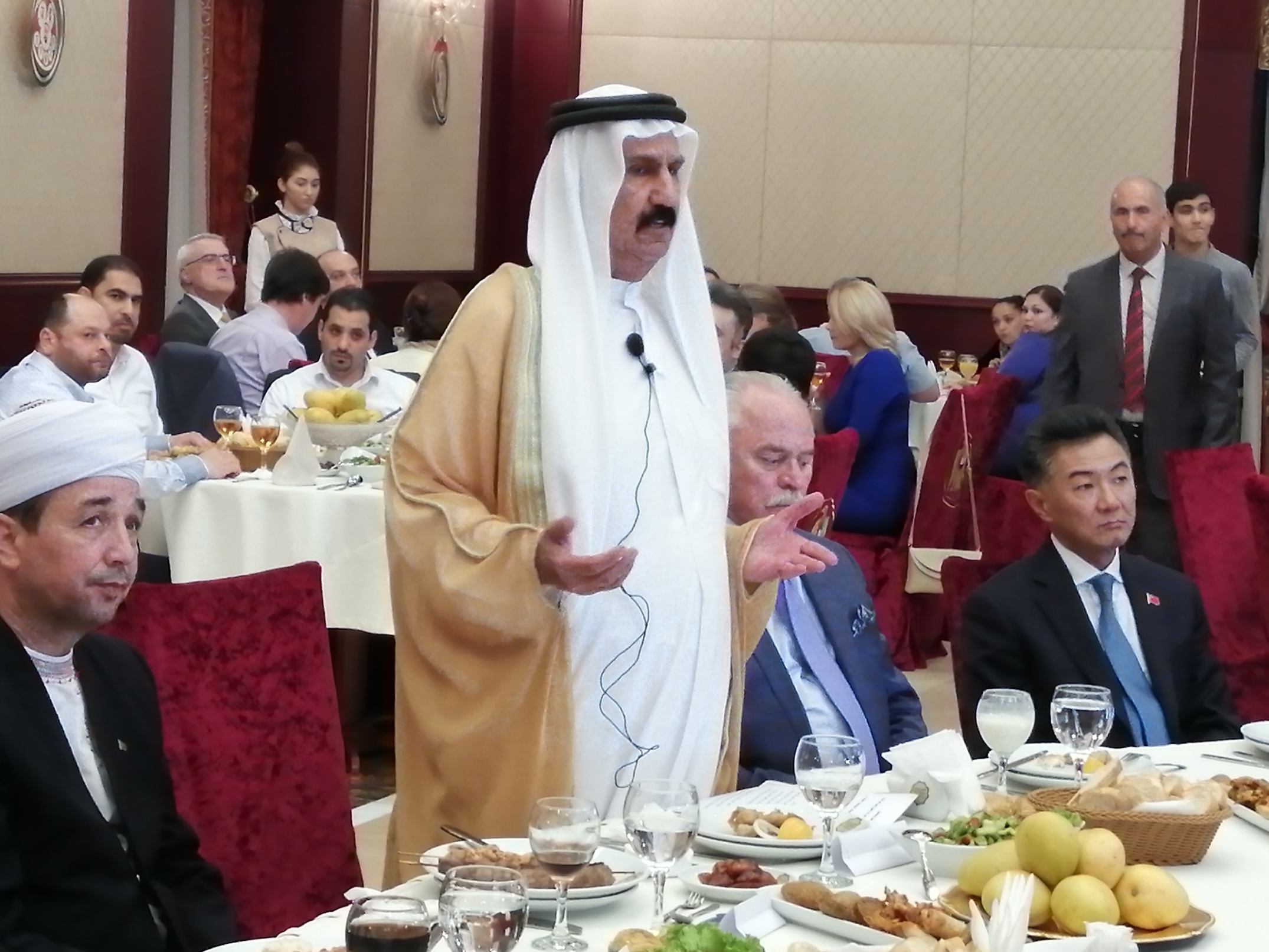 His Highness the President confirmed that the announcement of 2019 Year of tolerance reflects the approach accepted by the United Arab Emirates from the moment of the state creation as a bridge of communication among the people and the cultures of the world in the open and respectful environment, rejecting extremism, and recognising the others. His Highness the President noted the contribution of the state to the construction of societies that accept tolerance and dialogue, as the necessary approach. The United Arab Emirates bear global idea and cultural mission in the establishment of this value at regional and international levels.

In its turn, His Highness Sheikh Mohammed bin Rashid al-Maktoum, the Vice-President and the Prime Minister of the United Arab Emirates and the Ruler of Dubai, underlined the necessity of establishment of values of tolerance, liquidation of extremism, openness in relation to the cultures and the people as total social approach covering all layers of society, including state and private sectors. We aim at transformation of the value of tolerance into steady institutional work that benefits our peoples”.

«We want the state policy to establish tolerance and deep public research should extend principles of tolerance among new generations», – Sheikh Mohammed told.

His Highness told that tolerance and pluralism are one of the most important indicators of development of the countries, and that a variety is one of the major components of integration of societies. «We are proud before the world not of height of our buildings, not of expansion of our streets or huge sizes of our markets, but we are proud of tolerance, the approach of toleration of the United Arab Emirates».

His Highness also underlined the importance of a role that the United Arab Emirates play in consolidation and distribution of the concepts and values of tolerance, coexistence, peace among various nations of the world. 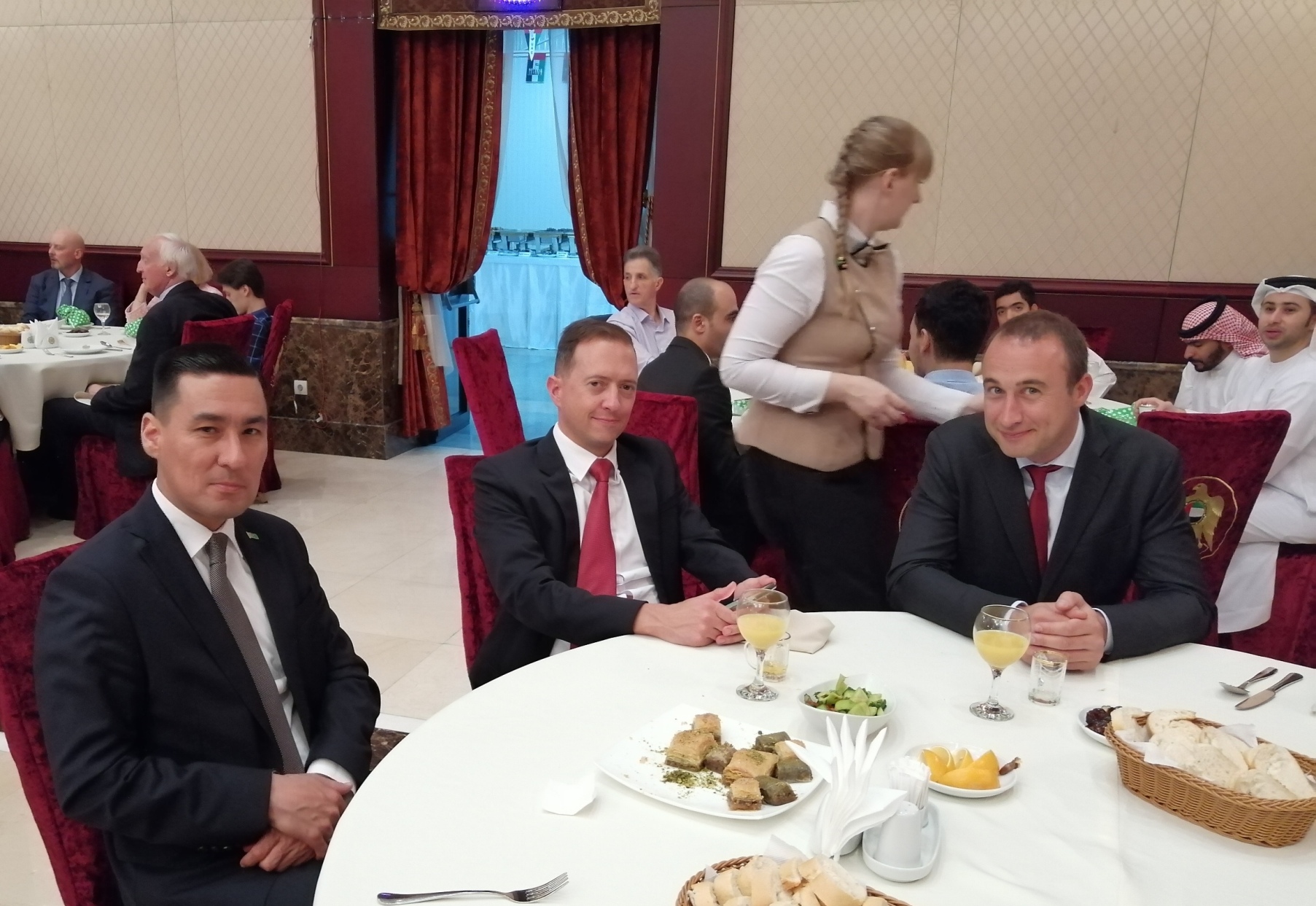 His Highness underlined that the societies based on values and principles of tolerance, love and coexistence, are those factors through which it is possible to reach the world, safety, stability, development in all aspects and implementation of aspirations of the countries and achievement on a way to future. He also added that His Highness Sheikh Zayed bin Sultan Al Nahyan, may he rest in peace, fixed a position of the United Arab Emirates as a global model of tolerance, coexistence and cooperation, aspired to impart these great values to the compatriots who embody the human values in every respect in today, in the United Arab Emirates and abroad in a very civilised and cultural way.

His Highness told that the tolerance model in the United Arab Emirates bases on values of love to everyone, harmony, cooperation, charities and equalities among all people. In 2016, the United Arab Emirates declared of creation of the first-ever Ministry of Tolerance and issued the Anti-Discrimination and Hate Law that provides a criminal responsibility for acts of defamation of religions and relics, as well as declared a number of active initiatives on dialogue development between the people and religions, such as «National Programme of Tolerance», «Prize of Mohammed Bin Rashid on tolerance», «International Institute of Tolerance», as well as creation of a number of centres on combatting extremism that led the United Arab Emirates to front positions on indicators of the «Index of tolerance to foreigners» in three international reports for 2017-2018 published by «The Legatum Prosperity index» and the Index of global competitiveness «INSEAD».

I would also like to tell that this meeting has special character as the Mufti of Turkmenistan, and other clerics are present at this reception on the occasion of sacred month Ramadan.

Thereupon, I would like to refer to the «Document on a universal brotherhood» signed in the capital of the United Arab Emirates Abu-Dhabi. In this document, it is noted that «the document became the most important one in the history of relations between Islam and Christianity, especially thanks to teamwork and continuous dialogue that lasted more than one and a half years between the Head of the Catholic church and the Sheikh of Institute Al-Azhar, and both of them bear their vision of what the relations should be among the followers of religions».

In the United Arab Emirates, we have grown on a heritage of the late Sheikh Zayed bin Sultan Al Nahyan who led our country thanks to his ideas and concepts to the level of the developed countries of the world as he implemented the concept based on strengthening love and coexistence among people, putting the foundation of knowledge, science, charity. His Excellency Sheikh Khalifa bin Zayed Al Nahyan, the President of the United Arab Emirates, continues the mission in the same spirit to finish the process begun by the Founding father, with belief, will and determination, in a view of the human culture should become the main priority in our relations with the others. Hence, more than 200 nationalities live in harmony, peace, love and according to the law in territory of the United Arab Emirates». 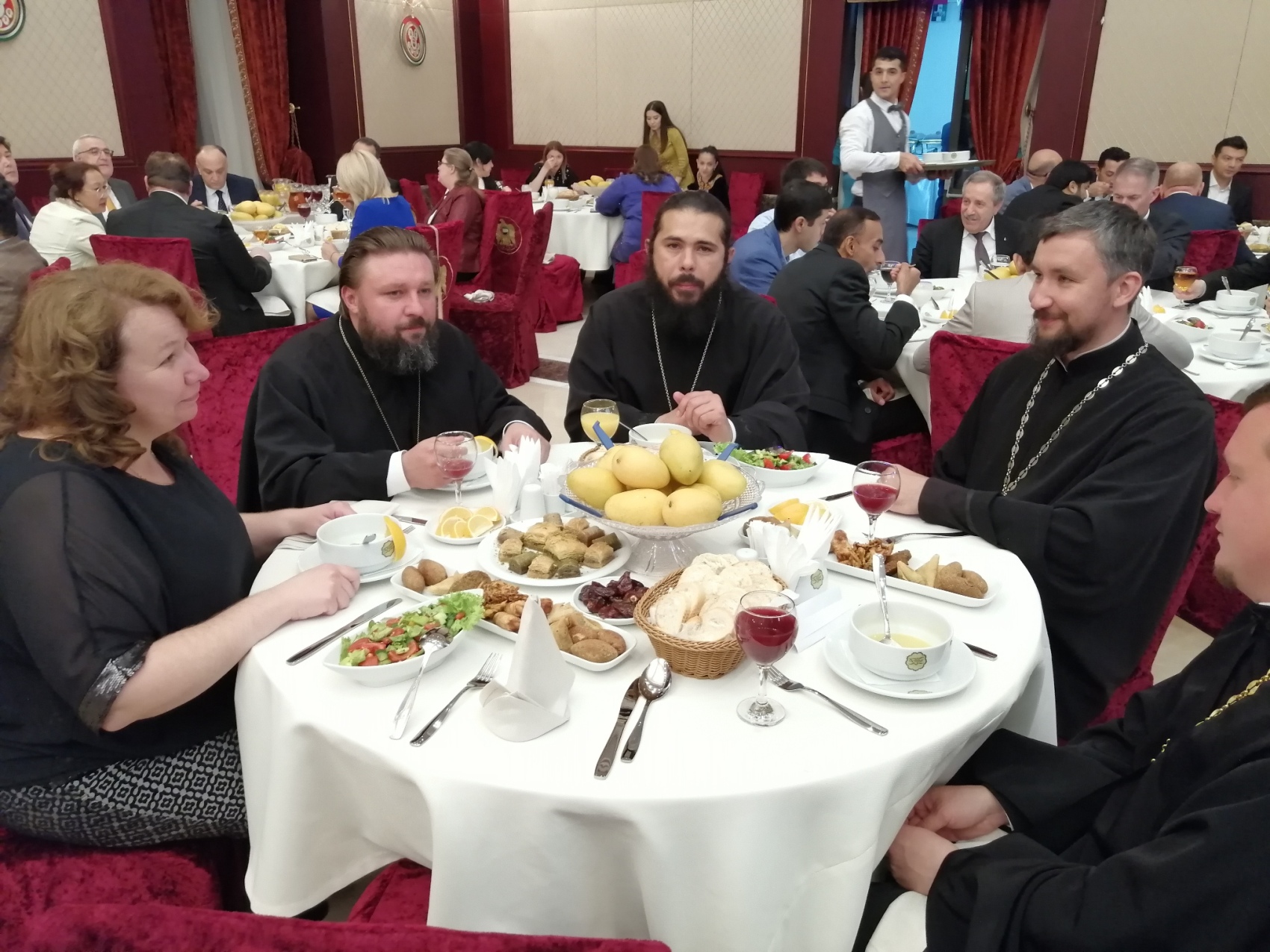 To conclude, I would like to thank all of you for your presence at the reception organised on the occasion of sacred month Ramadan, and we hope to continue dialogue with you in the forthcoming joyful events. /// nCa, 30 May 2019