You are here: Home / Articles And Reports / BRI of China – Uniting the world

It is truly global in nature and scope, this BRI of China. Never before has the world seen so comprehensive and so inclusive drive to spread the benefits around the globe.

Launched in 2013, the BRI (Belt and Road Initiative) of China has made unbelievable progress in little more than five years. 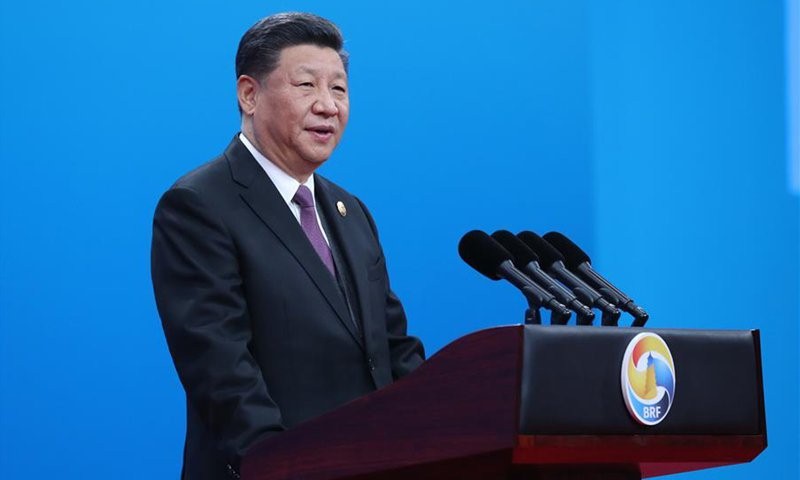 This is in addition to vast array of ports, roads, corridors, and other infrastructure objects put into operation.

The Second Belt and Road Forum for International Cooperation held in Beijing, 25-27 April 2019, has added significantly to the BRI achievements.

Here are some infographics, summarizing the outcomes of the second B&R forum: 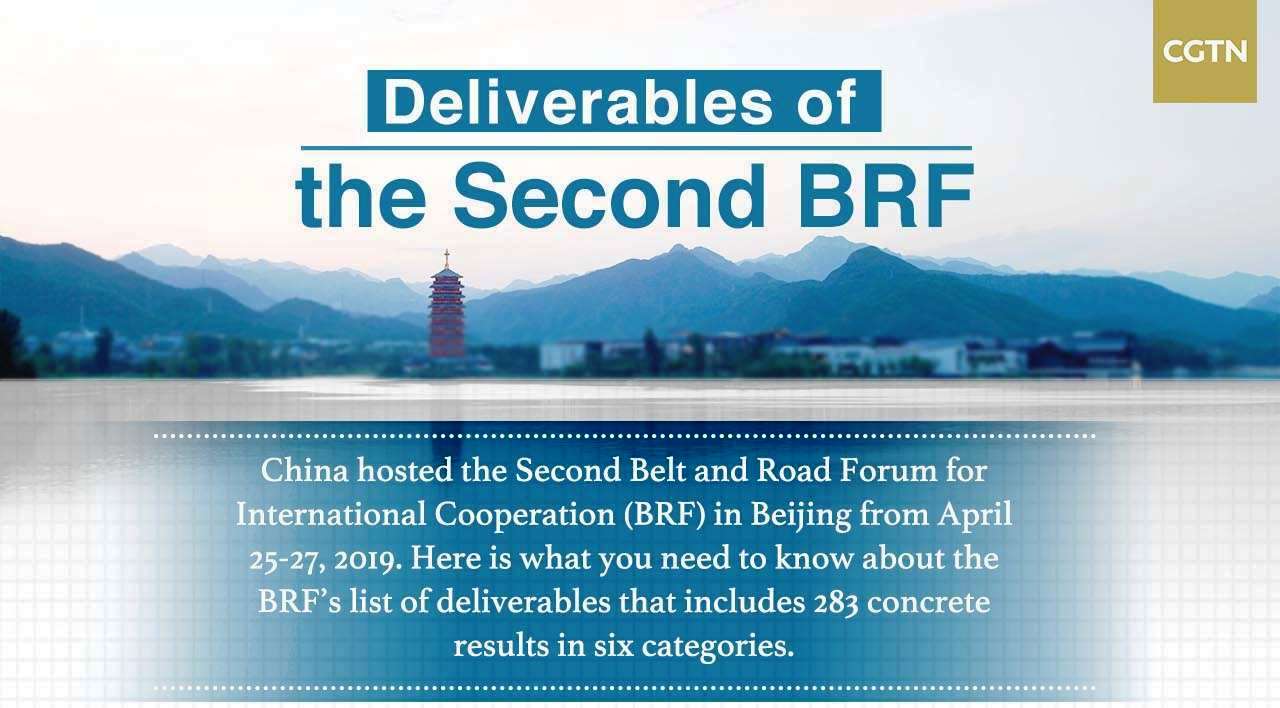 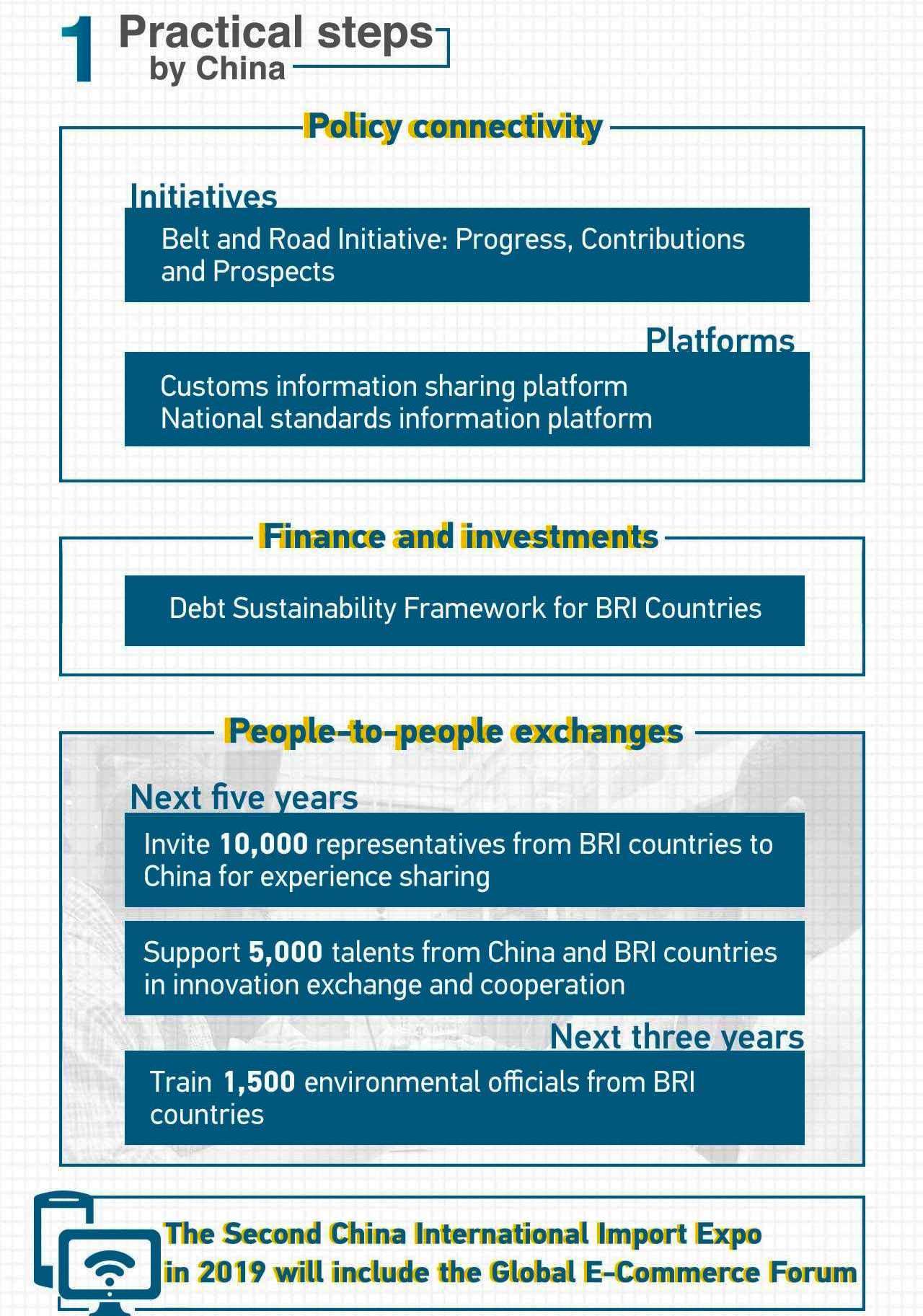 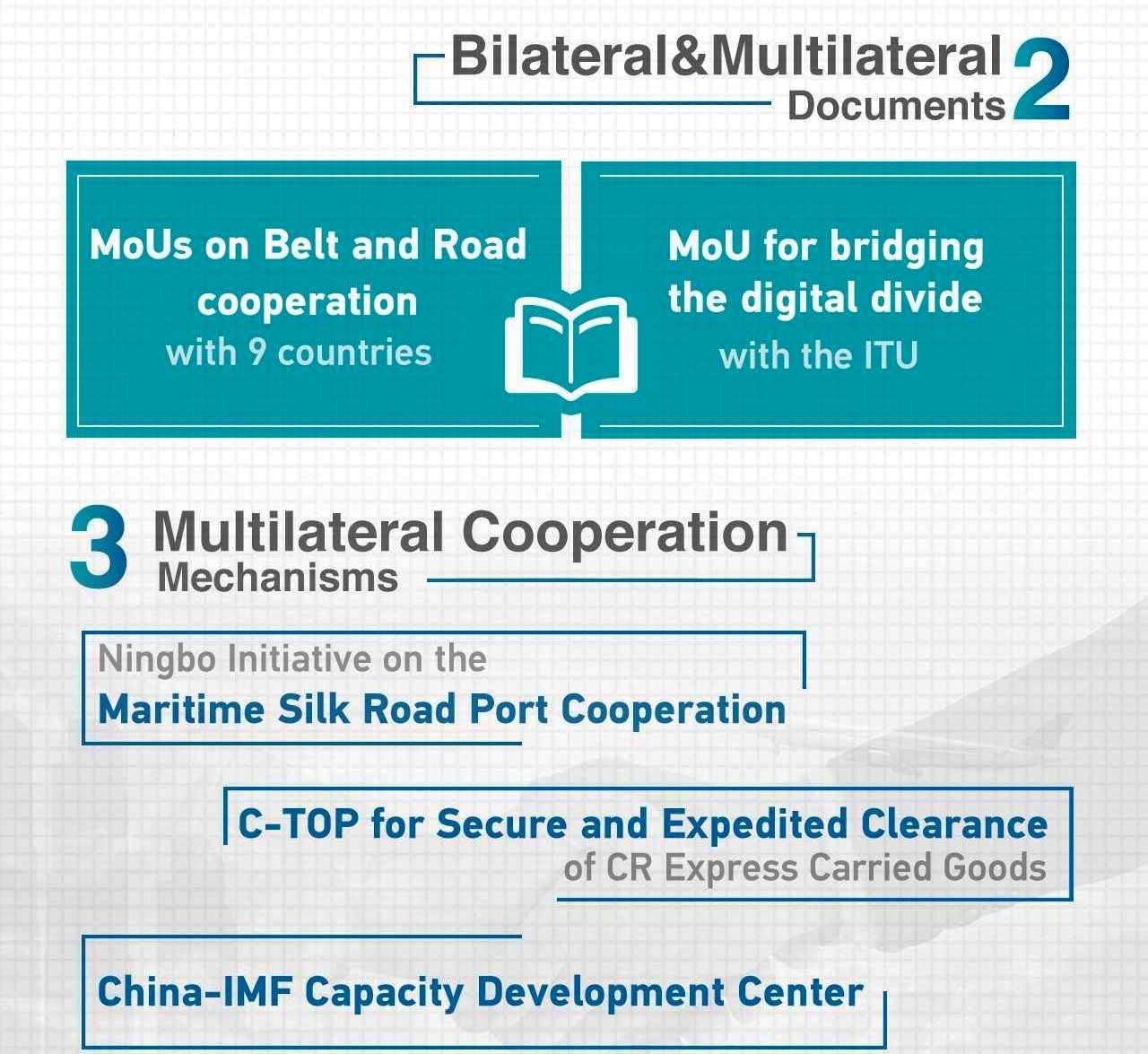 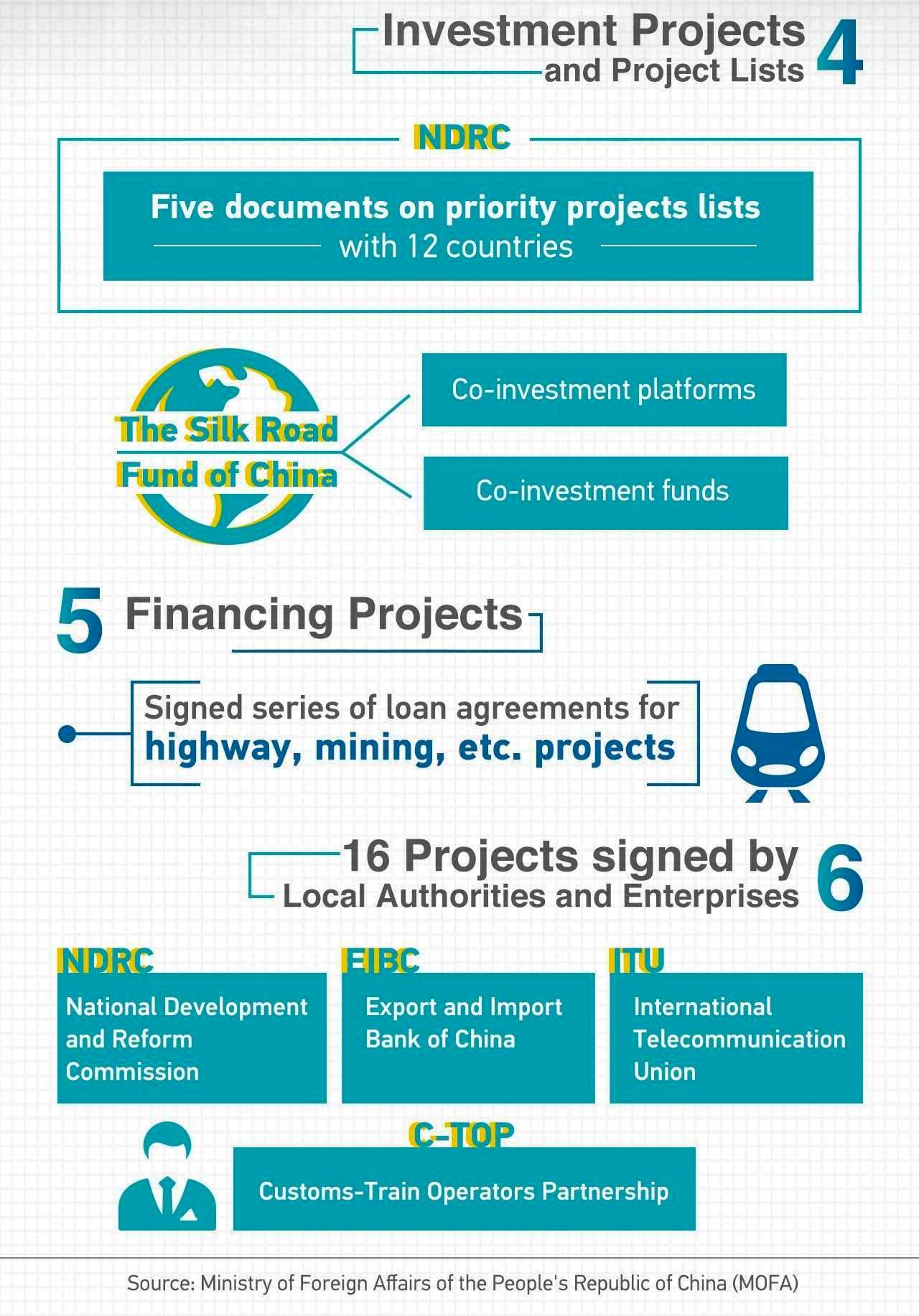 In all, the outcomes of the forum included 283 deliverables. Complete list can be found here:

The Joint Communiqué of the Leaders’ Roundtable of the 2nd Belt and Road Forum for International Cooperation is the core document of the forum. 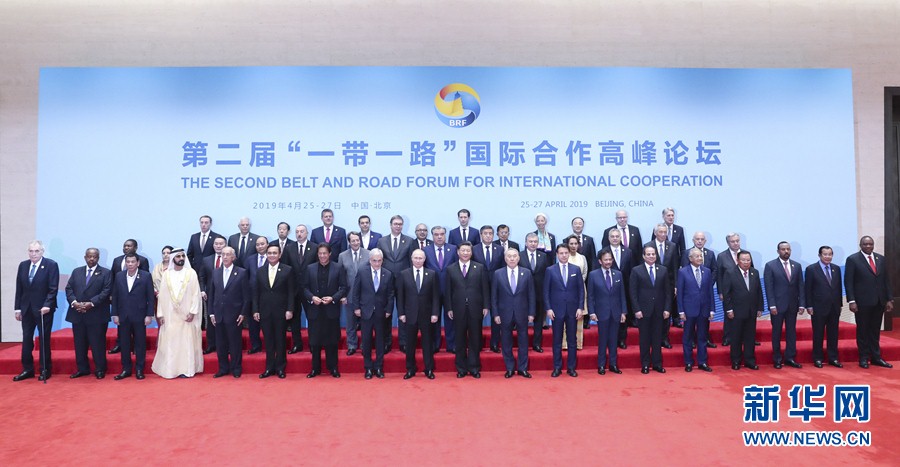 Covering all areas of the BRI, the communiqué has some points that are of immediate relevance for this region:

10. Determined to pursue trade and investment liberalization and facilitation, we aspire to further open our markets, reject protectionism, unilateralism and other measures that are incompatible with WTO rules. We highlight the importance of special and differential treatment in accordance with WTO agreements.

14.We endeavor to forge inclusive and diversified global value chains, beneficial to all partners. We encourage greater cooperation on innovation, while protecting intellectual property rights. We also encourage the introduction of digital transport accompanying documents.

15. We support the development of sustainable blue economy and call for further developing maritime links and intensifying international maritime cooperation, including among ports and shipping industries, while sustainably managing marine and coastal ecosystems.

17. We will strive to build high-quality, reliable, resilient and sustainable infrastructure. We emphasize that high-quality infrastructure should be viable, affordable, accessible, inclusive and broadly beneficial over its entire life-cycle, contributing to sustainable development of participating countries and the industrialization of developing countries. We welcome developed countries and international investors to invest in connectivity projects in the developing countries. We emphasize the importance of economic, social, fiscal, financial and environmental sustainability of projects, while striking a good balance among economic growth, social progress and environmental protection

19. We acknowledge that transport infrastructure constitutes a foundation of connectivity. We encourage the development of interoperability of infrastructure to enhance air, land and sea connectivity among countries, including through interoperable and multi-modal transport. We recognize the importance of development of trans-regional transport and logistic routes including the ones connecting Central Asia with Caucasus, Europe, Africa, South and Southeast Asia and the Pacific region to increase its transport and communication potential.

20. We support strengthening energy infrastructure, in order to enhance energy security and to promote global access to affordable, clean, renewable and sustainable energy for all.

27. We support continued efforts to build on the progress already made in developing economic corridors and economic and trade cooperation zones as annexed as well as other cooperation projects across all areas related to the Belt and Road Initiative, and further cooperation on value chains, industry chains and supply chains.

28. We will continue our efforts towards strengthening multi-modal transportation including inland waterways in landlocked countries, roads, railway networks, air, land and sea ports and pipelines in line with international law and respective domestic laws. We encourage digital infrastructure including transnational fiber-optic highways, promoting e-commerce and smart cities, and helping narrow the digital divide while drawing on international good practices.

31. We stress the importance of the development of water-saving technologies and agricultural innovations as an important component providing food security and supporting sustainable development. We stress the importance of cooperation on veterinary-sanitary and phytosanitary matters for agricultural products in order to facilitate trade and investment.

A cursory look at the annex to the communiqué can spotlight the enormity of BRI:

(34) “Two Corridors and One Belt” Framework

(10) the International Academy of Science of the Silk Road

(11) International Coalition for Green Development on the Belt and Road

(4) Belt and Road Forum for international cooperation in Belarus

There were more than 110 countries at the forum, among them heads of state or government of 36 countries. Here is the list:

It is noteworthy that among the European countries, Austria, Belarus, Czech Republic, Greece, Hungary, Italy, Portugal, Russia, Serbia, and Switzerland were represented by the topmost leadership.

As far as some concerns about BRI, mostly projected by the western media are concerned, the former secretary general of SCO (Shanghai Cooperation Organization), in an interview with the Global Times, gave short and to the point explanations:

Both countries cooperate to maintain the security and stability in the region and make efforts to fight against terrorism and extremism as well as drug trafficking, said Alimov, Doctor of Political Science and a senior fellow with Chinese think tank Taihe Institute.

Alimov dismissed the concern that China’s presence in Central Asia with the Belt and Road Initiative (BRI) may lead to conflicts with Russia, stressing that the two countries cooperate both on a bilateral and a multilateral basis.

“China and Russia are equally important and strategic partners for Central Asian countries,” he said.

Despite widespread support for the BRI, some Western countries, including the US still harbor different sentiments and skepticism about the initiative.

Alimov told the Global Times that these countries don’t make assessments objectively toward the BRI and the cooperation under the BRI is actually in the interests of all parties.

“Another thing is obvious: China will not force anyone to join the BRI. This is the sovereign right of every country,” he said.

He added that for any initiative, it won’t only have supporters, but also critics.

India is the only SCO country that hasn’t been directly involved in the BRI, as it claimed the BRI could harm its sovereignty.

Alimov didn’t respond directly to the question on what China can do to disperse excessive concerns over the BRI from India, who joined the SCO in 2017.

But he noted to the Global Times that the BRI is open in nature and is not accompanied by any pressure or coercion. “Practical results are already visible. They are felt by participating countries along the Belt and Road,” he said.

“For this reason, it will be difficult for the loan recipients to get into the ‘debt trap,'” he said.

As the Belt and Road passes through some countries and regions that are haunted by terrorism, joint efforts to counter terrorism are deemed important.

Alimov said that China has made a great contribution to countering terrorism and extremism, and is actively cooperating with international and regional organizations, including the UN and SCO.

Founded in 2001, the SCO was initially established to fight terrorism, separatism and extremism.

“China provides a variety of support to those countries that have become targets of terrorist attacks. It shares its own experience, provides equipment and grants for the training of professional personnel,” he said, adding that only by combining international efforts can terrorism be fully eradicated.

Basic Knowledge on the Belt and Road

The Belt and Road Initiative Progress, Contributions and Prospects