You are here: Home / Articles And Reports / Turkmenistan and Uzbekistan through the eyes of the inventor of color photography in tsarist Russia – Part 1

At the dawn of the XX century he pioneered the mastering of color photography techniques in tsarist Russia. His photographs, which once aroused the interest and admiration of the last Russian Emperor, became a lively evidence of events in the most remote corners of the great Empire … Sergey Mikhaylovich Prokudin-Gorsky (1863-1944) –  photographer, chemist (student of Mendeleev), the innovator, teacher, member of the Imperial Russian geographical and Imperial Russian technical photographic societies. 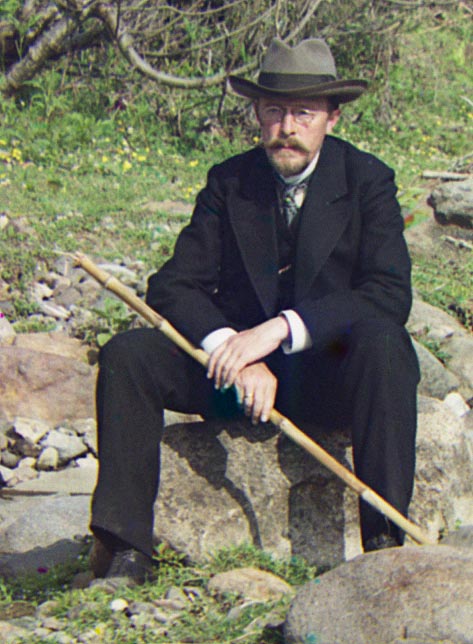 He made an invaluable contribution to the development of photography and cinematography. It is noteworthy that there is a particle of the rich historical and cultural heritage of Central Asia in the art of Prokudin-Gorsky.

Twice the great photographer toured the Central Asian region. His Turkestan expedition undertaken in 1906-1907 yielded dozens of amazing photos, inspired by the historical sites of Samarkand and Bukhara (present Uzbekistan).

In 1911, Prokudin-Gorsky went to the Merv oasis (present Mary province, Turkmenistan). A wide variety of shots, which are now stored in the largest library in the world – the US Library of Congress – tell us about the socio-economic life, the nature and unique attractions of Merv, Bayramaly, Sultanbent, Chardjew (modern Turkmenabat), Farab.

So, what are the faces and landscapes seen by the outstanding artist more than a century ago in the camera lens and left to descendants?

Here is a part of the Turkestan collection by Prokudin-Gorsky, which depicts the outskirts of Chradjew (Eastern Turkmenistan).

Plants by the railroad track

Salt-marshes, 12 versts from the station of Charjew

Seeds of sand growing plants in the Farab Museum