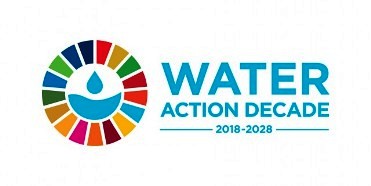 There are eight targets and 11 indicators to measure the progress on SDG6, all except one to be met by 2030. The world is scrambling to meet the challenge but doubts remain because of enormity of the task.

The roadmap chartered by the UN Secretary General is – Water Action Decade 2018-2028. This is based on a UN General Assembly resolution passed in December 2016.

To mobilize their efforts, the governments, UN institutions, international and non-governmental organizations, as well as other stakeholders at all levels for effective implementation of the water-related SDGs as well as goals and objectives of the International Water Decade will meet in Dushanbe on 20-21 June 2018.

The title of the event is: High-level International Conference on the International Decade for Action, “Water for Sustainable Development, 2018-2028.”

The embassy of Tajikistan in Ashgabat hosted Wednesday (6 June 2018) a curtain raiser for the conference. Ambassador Farrukh Homiddin Sharifzoda briefed the diplomatic community and the media about the conference and acquainted them with the draft of the final declaration ‘Promoting Action and Policy Dialogue.’

Official website of High-level International Conference on the International Decade for Action, “Water for Sustainable Development, 2018-2028

The final outcome document of the conference will reflect the resolve of the world community to ensure the best use of water for the entire mankind. It will also acknowledge that at one of the spectrum the clean and safe drinking water is a basic human right while at the other end of the spectrum the human race has no choice but to manage the water resources responsibly.

Tajikistan has offered to host the Water Action Decade Conferences in Dushanbe on biennial basis and it is expected that the world community will welcome this proposal.

The final outcome document of the conference will support the idea of Tajikistan to create an International Centre for the Water Action Decade in Dushanbe, with the support of the government of Tajikistan and other interested parties.

Tajikistan has shown keen interest in systematically dealing with all the issues related to rational and inclusive use of water.

An article of President Emomali Rahmon of Tajikistan appeared in the UN Chronicle – Water for Sustainable Development, in March 2018.

Here are some excerpts from his article:

In my statement at the First Asia-Pacific Water Summit in 2007, I noted that “…the world development trends suggest that the cost of water might exceed the cost of oil, gas, coal and other natural resources essential for the sustainable future of each country and region”. Numerous studies conducted over the past 10 years proved, with facts and figures, the accuracy of that statement and encouraged the international community to focus on addressing water issues.

I am pleased and proud that my country, the Republic of Tajikistan, has made and continues to make a substantial contribution to this process. From 2000 to 2016, at the initiative of Tajikistan, the United Nations General Assembly adopted seven resolutions on water. Among them are International Year of Freshwater (2003);1 International Decade for Action, “Water for Life”, 2005-2015;2 International Year of Water Cooperation, 2013;3 and International Decade for Action, “Water for Sustainable Development”, 2018-2028;4 which deserve special attention. Throughout this period, Tajikistan has repeatedly provided a platform for discussing global water issues.

The Friends of Water group, established at the initiative of Tajikistan in 2010, currently comprises 51 United Nations Member States, making a significant contribution to the ongoing discussion of water-related issues, as well as to the adoption of relevant decisions within the framework of the United Nations General Assembly.

Tajikistan has also been an important player in solving water problems at the regional level. About 60 per cent of water resources of the rivers in Central Asia (the Aral Sea basin) are formed in Tajikistan, and our country generously shares this vital resource with our neighbours. Tajikistan is a co-founder of the International Fund for Saving the Aral Sea and its two commissions, the Interstate Commission for Water Coordination (ICWC) and the Interstate Commission on Sustainable Development (ICSD), which provide platforms for discussing urgent transboundary water issues in the region.

In Central Asia, where the water source mainly originates from within the territories of the two upstream countries—Kyrgyzstan and Tajikistan—and the lion’s share of this water is used by the downstream countries—Kazakhstan, Turkmenistan and Uzbekistan—intergovernmental water cooperation is the key not only for addressing water problems and issues of social and economic development, but also for ensuring peace, stability and security.

Water cooperation acquires even more significance today against the backdrop of the ever-increasing impact on the region of challenges such as climate change and population growth. For instance, in Central Asia in the 1960s per capita water supply was equal to 8.4 thousand m3 per year, while today it has experienced a fourfold decrease, accounting for up to 2.1 thousand m3 per year. This amount exceeds the global indicators by almost eight times.

Meanwhile, the population growth rate in the region, at more than 2 per cent per year, is among the highest in the world, and freshwater resources are steadily depleting.

According to experts, the Central Asian glaciers, which are the main source of water for the rivers in the region, have been diminishing on average by 0.6 to 0.8 per cent per year in terms of glacial area, and by 0.1 per cent per year in terms of ice volume. The current situation demands that urgent measures be undertaken to adapt to the dramatic effects of climate change and to promote the sustainable management of water resources in the region. This can be achieved only through the coordinated actions of all countries involved in constructive regional cooperation, with due consideration to their respective interests, the improvement of the institutional and legal framework, and a significant increase in investment in infrastructure.

Numerous studies and analyses of the impact of global challenges such as climate change, population growth and urbanization have been done. It is clear that these challenges will affect global demand for fresh water. By 2030 it will increase by 50 per cent, creating a 40 per cent deficit in available freshwater resources.

In our view, a number of issues must be taken into consideration before further steps are made in this direction.