You are here: Home / Articles And Reports / Ports never compete with each other – They always cooperate

Ports, by nature, thrive in cooperation with each other. That is why the concepts of transit, transshipment, and multimodal transportation exist.

Historically, the rise of ports, particularly in Europe, coincided with the demise of the ancient Silk Road. Now that the Great Silk Road is bouncing back, in concerted drive by a number of regional countries including Turkmenistan, there are the signs of anxiety from certain quarters. —– This is understandable but not acceptable.

It must be understood that the difference this time is that the rise of the Great Silk Road will not diminish the importance of ports. On the contrary, it will strengthen and widen the role of ports in a world connected by multimodal transportation networks.

There is the need here to explain a few facts of life as far as the ports are concerned.

A number of new facilities were opened at the Turkmenbashy Port of Turkmenistan on 2 May 2018, bringing its annual capacity to about 27 million tons. While people have mostly rejoiced at this good news, it has caused heart palpitation in certain quarters.

Some media outlets, such as RFERL, have immediately pulled a scenario out of their nether regions, imagining some kind of competition between the Turkmenbashy [Turkmenbashi] port of Turkmenistan and Aktau port of Kazakhstan.

This mindset cannot be condoned on account of ignorance because what is at play here is not ignorance but prejudice and hatred. Yes, very solid hatred that doesn’t allow any rational thinking – darkness within darkness.

It is the same mentality that is already projecting the Chabahar Port of Iran and Gawadar Port of Pakistan as mortal enemies of each other.

Just for record – A delegation of the Aktau region of Kazakhstan visited Turkmenbashy City a few days before the commissioning of the new facilities at the port. Both the countries agreed on a number of initiatives including the modernization and upgrade of the road from Turkmenbashy to Aktau that passes through the narrow strip separating the Karabogaz lagoon from the Caspian Sea. This would enhance the connectivity options between the two ports, and increase the viability of multimodal transportation solutions.

The question here is: Does the proximity of two or more ports to each other automatically put them in a life-or-death competition?

For answer, let’s look at Europe.

Europe is a small continent – for context, the area of Kazakhstan is more than that of the western Europe.

In such a small continent, there are 329 TEN-T (Trans-European Transportation Network) ports. If 329 ports in a little continent can network to bolster the transport and transit capacity of the region instead of threatening the existence of each other, there is no reason to believe that five or six ports in the Caspian Sea will scramble to snatch morsels from each other’s plate.

The European Commission issued a brochure in 2014, titled ‘Ports 2030 – Gateway for the Trans European Transport Network.’

Here are the opening paragraphs of the brochure:

Ports have been the successful pioneers in Europe for interconnecting different forms of transport. Few other world regions can boast so many transport interchanges that link maritime together with rail, road and inland waterways.

We can see how they help European companies and industries to regain competitiveness in domestic and world markets, against the backdrop of the economic crisis. Our successful ports have taught us two important lessons.

The first is that we need to link ports with railways and inland waterways to promote sustainable growth in transport. The success of a good port is a solid connection to its immediate surrounding inland area: its hinterland.

The second is that we must anticipate developments. We need to invest today to remain competitive tomorrow and to make the best possible use of our port assets, which require efficient and quality port services.

While Europe improves and upgrades its ports, the Central Asia and Caspian region should be discouraged from doing so?

What is the underlying message here? That Europeans can work together for the sake of shared destiny but other people cannot? Or is it just the wishful thinking generated by prejudice and hatred?

Here is a map of the container ports network in Europe, showing how close they are located to each other: 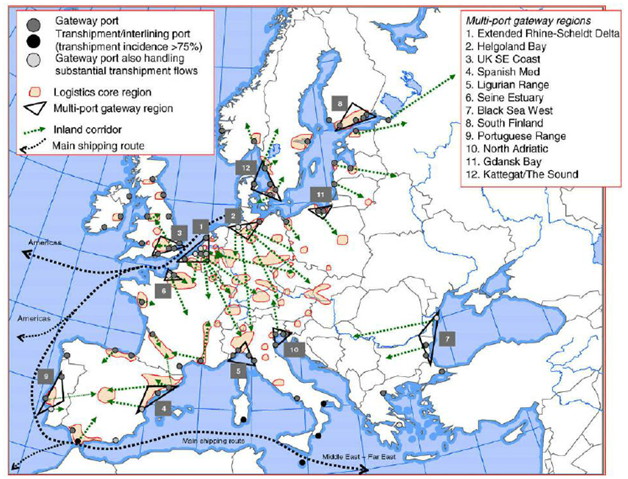 This is the spatial distribution of GDP per capita in Europe — Please note that the higher per capita income coincides with more and closer ports: 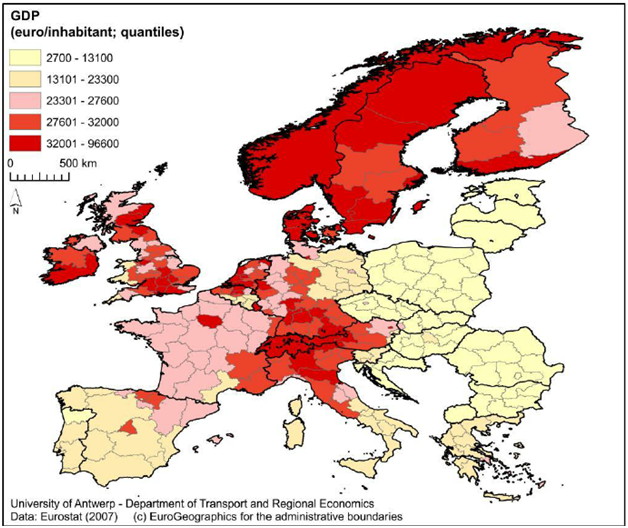 Just a simple map to show density and proximity of ports in Europe: 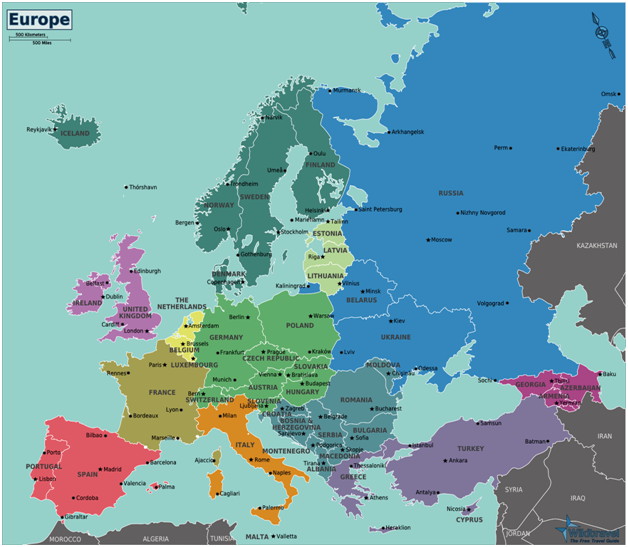 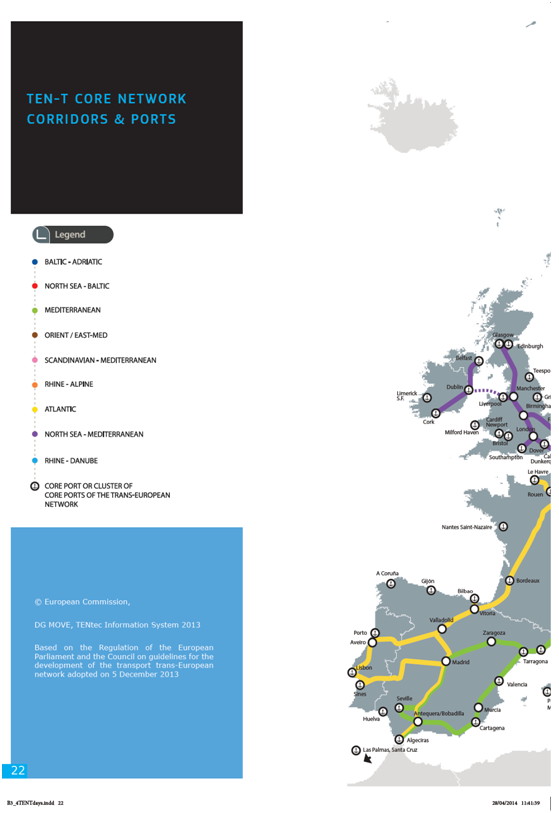 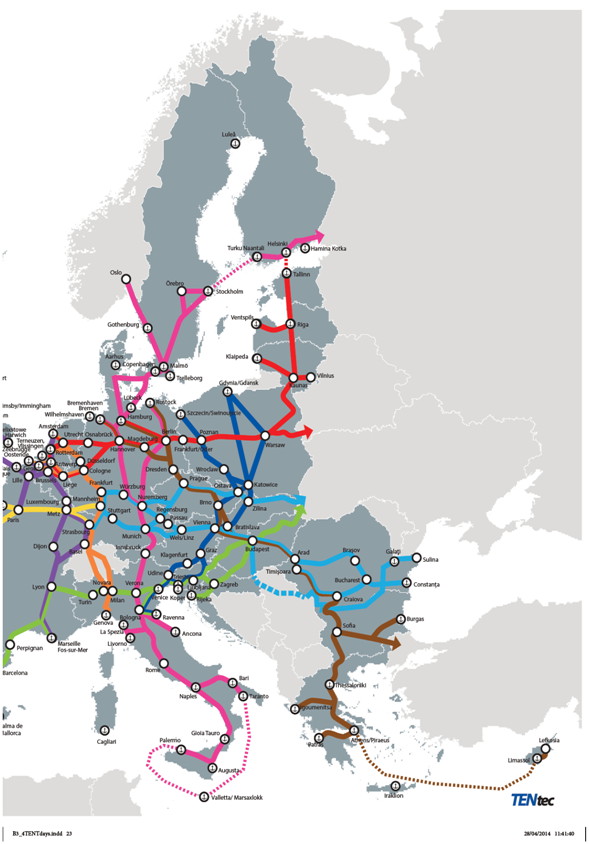 The list of TEN-T (Trans-European Transportation Network) sea ports in Europe by country: 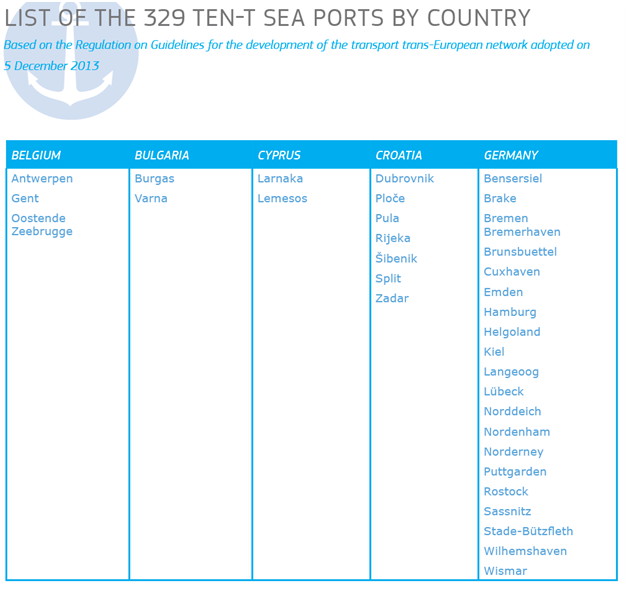 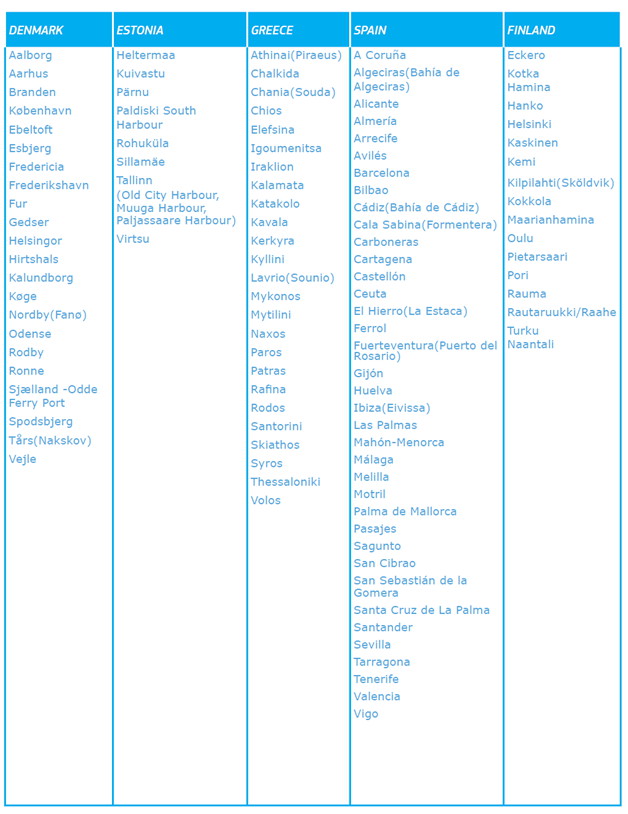 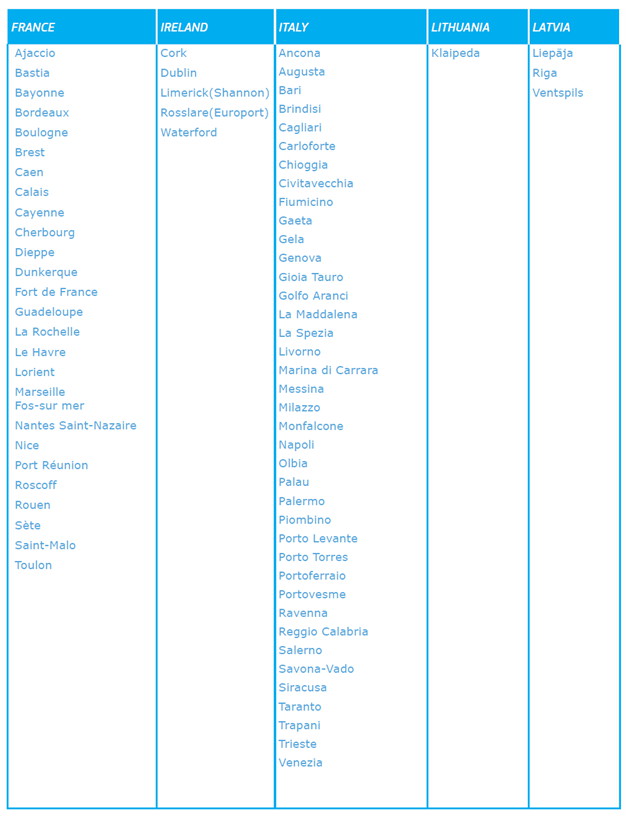 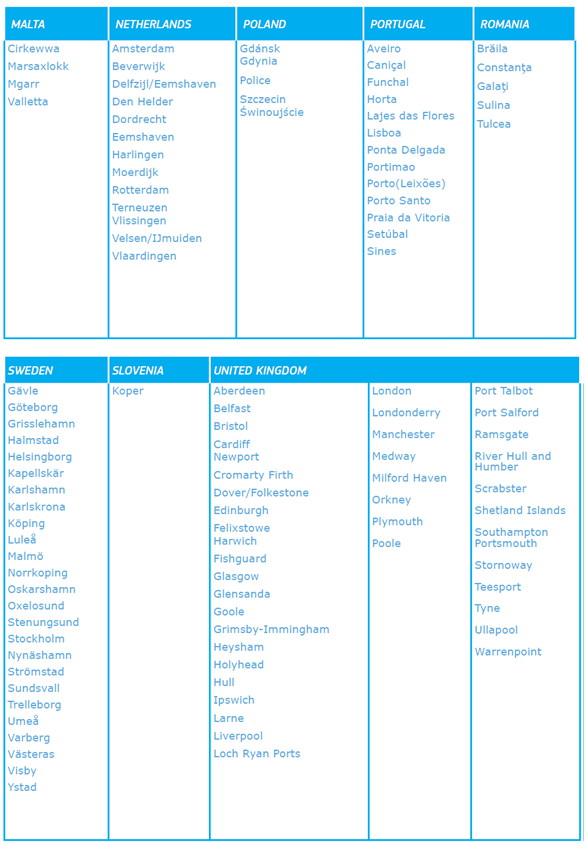