You are here: Home / Articles And Reports / Briefing at foreign office of Turkmenistan

Ashgabat, 2 February 2018 (nCa) — A briefing was arranged Thursday at the foreign office of Turkmenistan to acquaint the diplomatic community and media with the main evenets of 2017 and planned activities for 2018.

Here is the write up of foreign office, summarizing the main points of the briefing:

The briefing was attended by representatives of Embassies and international organizations and foreign media accredited in Turkmenistan.

At the briefing the participants were informed in details about large-scale events held in Turkmenistan in the past year. First and foremost, it is necessary to note the successful holding of the grandiose sports event – the V Asian Games, which have become a vivid example of the huge attention shown to the development of the mass sports and health movement and sport in the country. It was also stressed that, along with the 25th anniversary of Turkmenistan’s membership in the UN, the country marked the 10th anniversary of the opening in the capital of the UN Regional Center for Preventive Diplomacy for Central Asia (UNRCCA), the creation of which is a landmark event in the history of bilateral cooperation.

The participants of the briefing were told in detail about the three resolutions adopted in 2017 at the initiative of Turkmenistan, which confirmed that the creative initiatives put forward by the head of the Turkmen state in such an important direction, as well as in other relevant areas, are approved by the world community.

It was also told that on the proposal of Turkmenistan in Ashgabat in mid-November, the 7th Regional Economic Cooperation Conference on Afghanistan (RECCA VII) was held.

As a result of the forum, the Ashgabat Declaration was adopted, which reflected the readiness of the participating states and international organizations to further build a mutually beneficial partnership.

Last year our country presided at the International Energy Charter Conference. The 28th session of this organization in Ashgabat gathered more than 200 delegates from 50 countries, once again confirming its high status as an authoritative discussion platform for discussing the current state and trends of world development, including on global energy issues.

As the Ministry of Foreign Affairs of Turkmenistan informed the participants of the briefing, in general, in 2017 our country was visited by the 584 delegations of various levels.

At the same time, 624 Turkmen delegations were sent abroad. To date, Turkmenistan has established diplomatic relations with 145 countries around the world.

The attendees were also informed of the activities of national importance planned for the first quarter of 2018.

At the end of the briefing, it was stressed that independent, neutral Turkmenistan will continue to do everything necessary to strengthen peace and security on our planet, to contribute to the development and progress of human civilization. 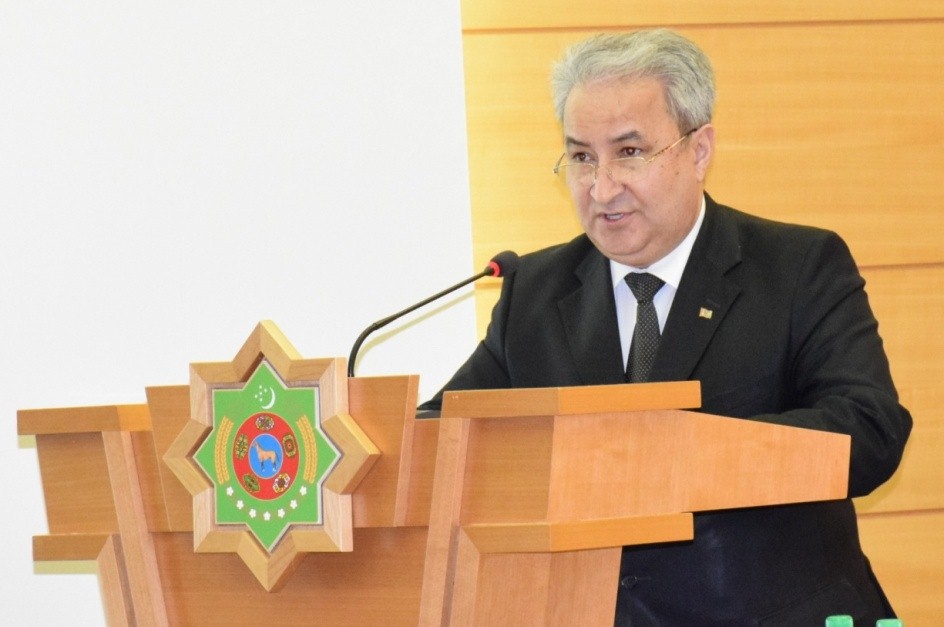 The briefing sets new grounds for interaction between the foreign office and the media.

The exact dates for the visits have not been finalized as yet but early information gives the media some time to prepare the background information, which is always helpful in reporting the event in a meaningful manner.

Equally important, perhaps more so, was the fact that the briefing highlighted that Turkmenistan is steadily emerging as ‘Corridor Builder’ in the region.

The year 2018 is devoted to the revival of the Great Silk Road with Turkmenistan as its central piece, and the briefing brought spotlight to two key events planned this year to speed up the corridor activity – groundbreaking ceremony for start of TAPI in the territory of Afghanistan, and Amul-Hazar cross-country motor and bike rally.

In fact, the ceremony for start of TAPI work in Afghanistan will be accompanied by three other ceremonies: start of TAP500 electricity network connection between Turkmenistan, Afghanistan, and Pakistan; start of work on the Turkmenistan-South Asia fiber optics link, and inauguration of the Serhetabat-Torgondi railway connection.

It should be hoped that the foreign office of Turkmenistan would continue to expand its interaction with the diplomatic community and the media in the information sphere. /// nCa