You are here: Home / Articles And Reports / Kashmir’s hidden uprising — We know the Kashmir crisis. Or do we? 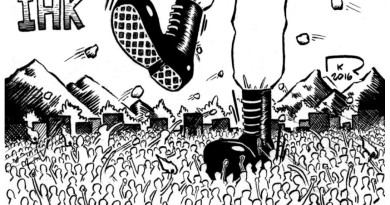 A historic popular uprising is happening in Kashmir, but the Indian public is barely aware of it. I was unaware of it myself before I went there in October and travelled across the Kashmir Valley. I had read, of course, about some sort of “shutdown” happening there since early July, and also about the stone-pelting and pellet guns. But nothing I had read did justice to the situation on the ground.

The first thing that strikes the visitor on entering Kashmir is the massive military presence. Heavily-armed soldiers and paramilitary forces are all over the place. Their number is estimated at 6,00,000 or so, for a population of six million — that’s one soldier for 10 civilians. In sensitive areas such as Sopore, Shopian and even parts of Srinagar, there is a heavily-armed soldier in front of almost every house, at least on the main roads. 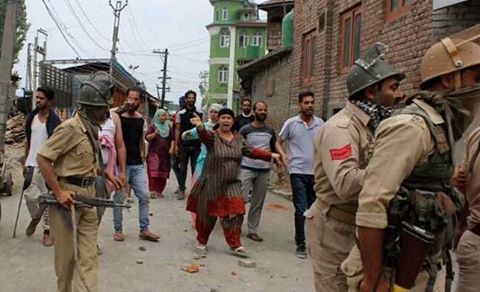 Why are these soldiers there? Clearly, they are not there to repel a possible attack from Pakistan — that would require them to be near the border. Nor are they watching for terrorists: Standing at street corners in full battle gear is not the way to hound underground militants. Perhaps the soldiers are there to counter stone-pelters? That makes no sense either, because the simplest way to clear a neighbourhood of stone-pelters is to demilitarise it: The stones are directed at army personnel, not civilians. 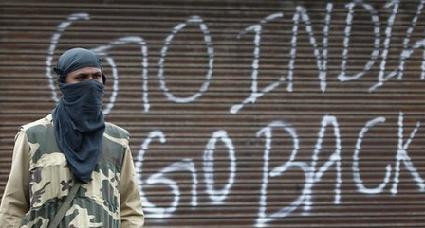 We are led to conclude what every Kashmiri knows: The purpose of this massive army presence is to control the civilian population, and especially to prevent so-called “anti-India protests”, however peaceful they may be. It was a revelation for me to learn that all forms of peaceful protest in Kashmir are banned in one way or another, if there is any hint of a demand for “freedom” (azadi). The authorities have ample powers to prevent protests, not only under the Armed Forces Special Powers Act (AFSPA), but also under Jammu and Kashmir’s draconian Public Safety Act (PSA) as well as Section 144 of the Criminal Procedure Code (CrPC). These and related powers are used with abandon to prevent any expression of the popular aspiration for freedom — not just stone-pelting but also processions, vigils, assemblies, pamphlets, graffiti, or just undesirable statements on social media. 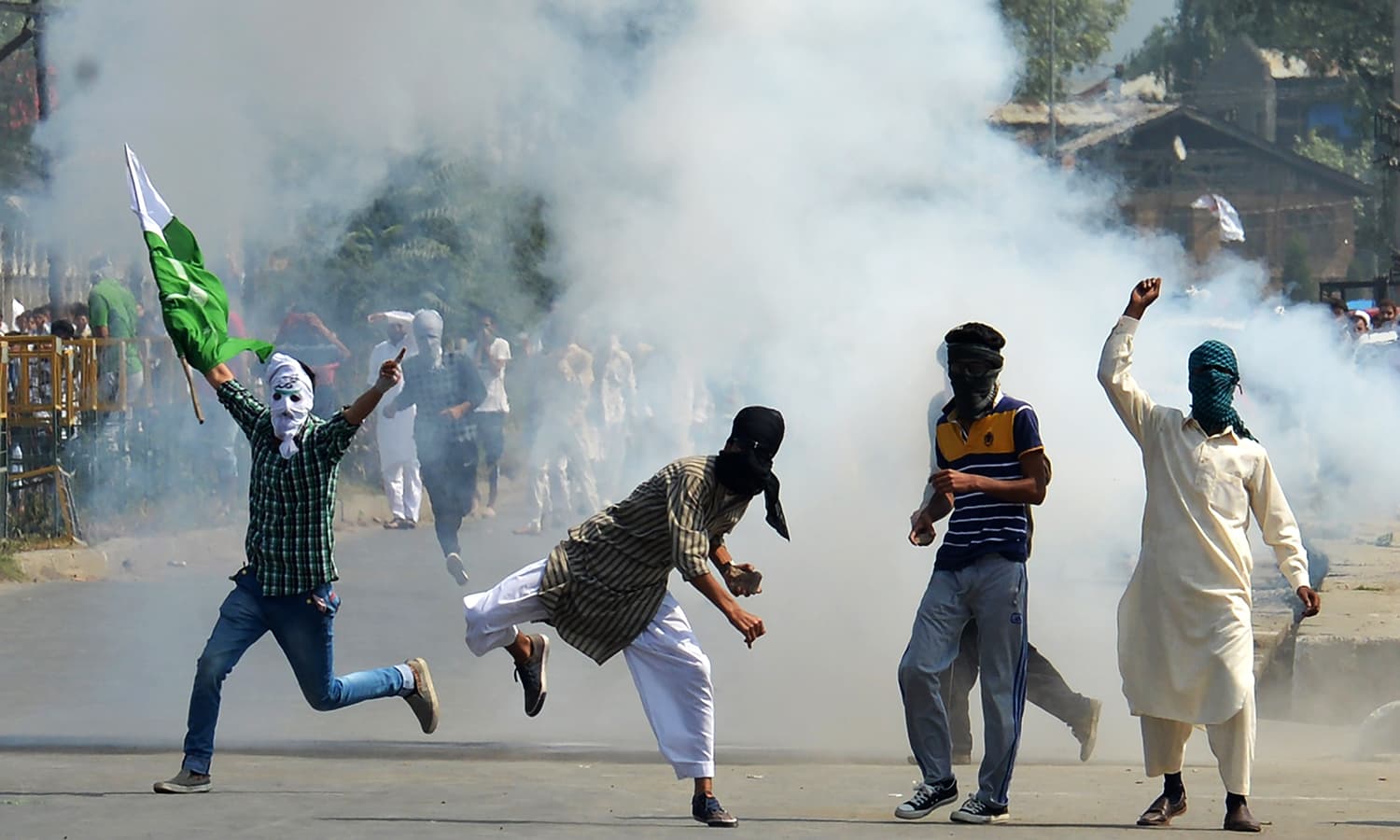 There is something puzzling about the ability of Kashmir’s economy to withstand such a long strike. This was possible for several reasons. First, Kashmir has a vibrant and relatively egalitarian rural economy, a feature that owes much to the land reforms of the 1950s. The strike did not prevent self-employed farmers, artisans and apple growers from continuing with their work to a large extent. Second, migrant workers from Bihar and elsewhere left Kashmir en masse soon after the strike began. Kashmiri workers, therefore, continued to find work, that too at relatively high wages by Indian standards. Third, Kashmir has a strong tradition of mutual support. For instance, neighbourhood relief committees (often associated with the local mosque) were active after the 2014 floods, and again on this occasion. Indeed, relief work was an integral part of the Hurriyat’s “protest calendars” during the strike. Finally, living standards in Kashmir are quite high. Unemployment is certainly an issue, but poverty and hunger are rare, except among migrant workers. Anyone who thinks that the Kashmir problem is due to lack of development is severely deluded. 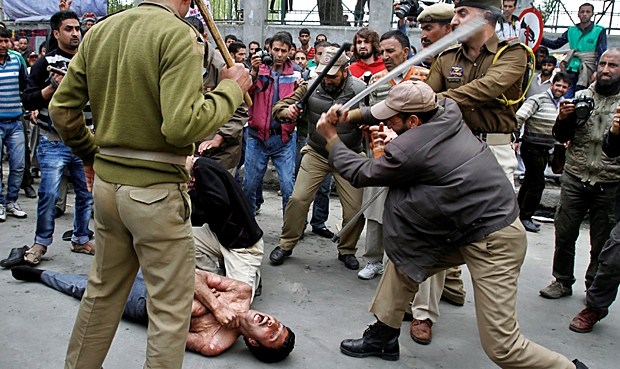 In the absence of any space for peaceful protest, stone-pelting became the highlight of the uprising. The security forces responded with overwhelming force. More than 100 civilians (including many children) were killed, at least 1,000 were victims of blinding or other eye injuries from pellet guns, and thousands were thrown into jail. Much larger numbers were harassed by the security forces in one way or another. 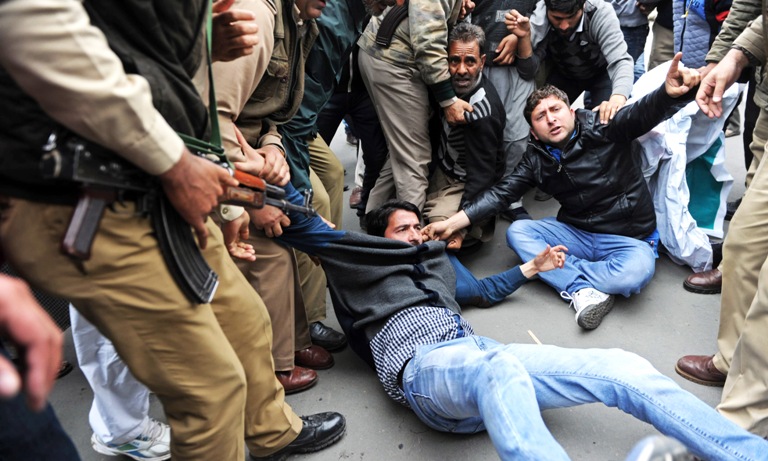 On October 18, I joined a fact-finding team of the People’s Union for Civil Liberties (PUCL). We visited the family of Faisal Akbar (name changed), a young lecturer who was said to have been beaten to death by the Rashtriya Rifles last August. According to witnesses, there was a “crackdown” in the village that evening. This means that soldiers barge into people’s homes, beat them up, smash their belongings, and generally spread terror — typically by way of retaliation against stone-pelting. One officer apparently told the terrified villagers, “we know that you are innocent, but if we don’t beat you up, you will never learn”. Interestingly, the local Station House Officer (SHO) agreed with their account of the event. Faisal, as he put it, “succumbed to his injuries”. One rarely hears such consistent accounts of human rights violations from the police and the people. The SHO promised a fair enquiry, but hastened to add that requests for permission to prosecute army personnel were routinely turned down by the home ministry in Delhi. 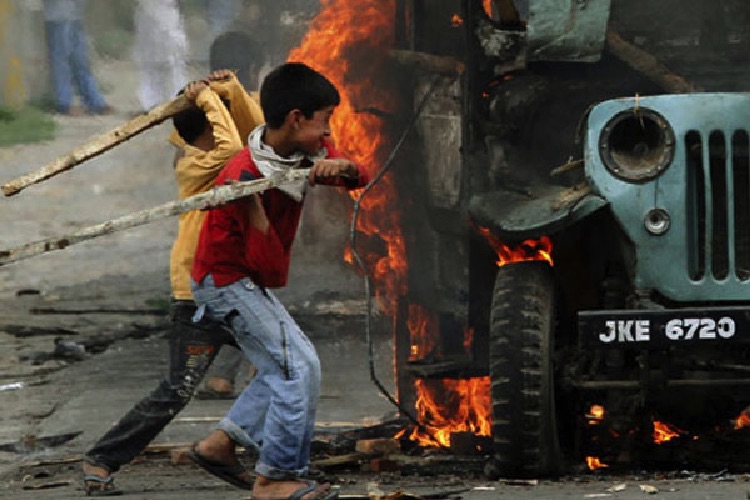 Every incident of this sort intensifies the rage of the Kashmiri people against the Indian Army, and against India itself. This rage, and the passionate desire for “azadi” (freedom), were already evident 16 years ago, when I visited Kashmir for the first time. They are even stronger today. In fact, the recent uprising, and the repression that followed, have turned almost every Kashmiri into an active participant in the struggle for freedom. 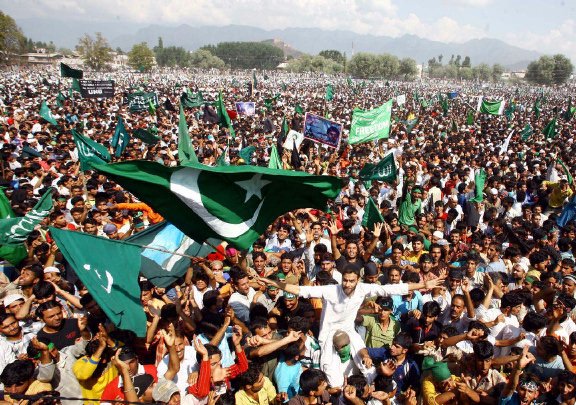 The government of India’s sledgehammer response, aside from being inhuman, does nothing to solve the problem. If the root of the problem is the alienation of the Kashmiri people from India, then state repression can only make things worse. It also undermines Kashmir’s peaceful traditions and pushes Kashmiri youngsters towards armed resistance and radical Islamist groups. The possible consequences, not only for Kashmir but also for India, are too horrible to contemplate. 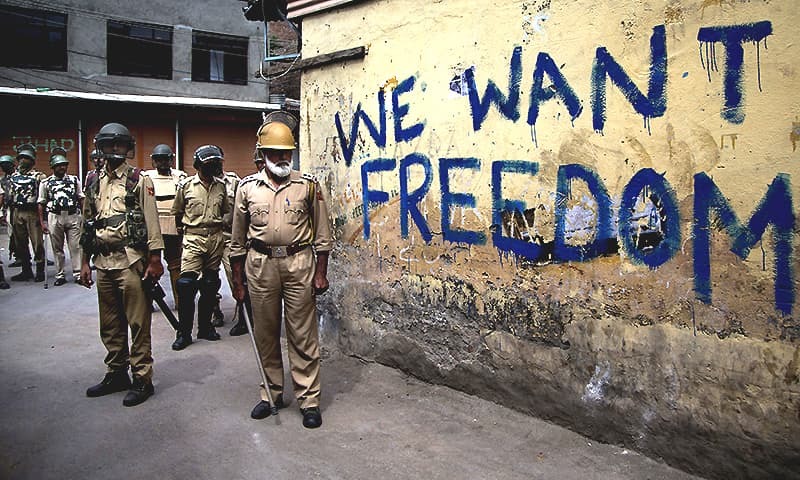 None of this is to say that there is a simple solution to this situation. Any solution would have to address multiple complexities such as the status of Ladakh, the rights of minorities in Kashmir, the injustice done to Kashmiri Pandits, how to take Pakistan on board, and more. Perhaps the important thing for now is not to devise a ready-made solution, but to initiate a process that might lead to a solution. The status quo is certainly intolerable.

The writer is visiting professor at the Department of Economics, Ranchi University

Originally published by The Indian Express on 5 December 2016: http://indianexpress.com/article/opinion/columns/kashmir-valley-shutdown-hidden-uprising-indian-army-militants-4410627/