You are here: Home / Articles And Reports / A Lukewarm Endorsement of Trump

I was planning to write a fairly enthusiastic endorsement for Donald Trump but decided to tone it down at the last moment — KKK and white supremacists have expressed their wholehearted support for Trump and he has still not distanced himself from their poisonous endorsement.

Trump has variously been described as racist, soulless, megalomaniac, sexist, immoral, etc. In fact a large number of negative adjectives in the regular and the urban dictionary have been attached to his name quite convincingly.

So is the case with Hilary Clinton. Except for being racist she has been accused of everything that gets filed in the Trump dossier. 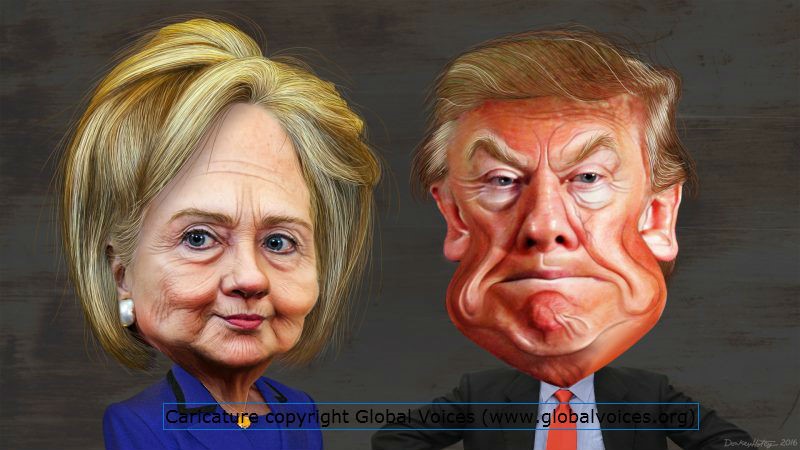 The people who have been watching the United States from the outside are not surprised that even though there is no death of talent out there, the system has thrown up two nearly equally despicable candidates. The arteries of the system are severely clogged and what we see in the shape of these candidates is the plaque, not the real blood. The heart is barely pumping.

There are so many reasons to prefer Donald Trump over Hilary Clinton:

As far as Central Asia and Afghanistan are concerned, neither Trump nor Clinton has declared any strategy. There has been no clear-cut policy statement from either of the candidates.

Chances are this part of the world will be left to the whims of CIA, Pentagon and the State Department. As such, one can predict with some caveats that the pigheadedness and selfish pursuit of their own narrow interests, otherwise known as the ‘American way of doing things,’ will not let them learn from their own mistakes. They will keep doing the same thing in the hope of getting different results, which is one of the definitions of madness.

This is just a lukewarm endorsement because, after all, someone must fill the post of POTUS. Let’s keep our fingers crossed.