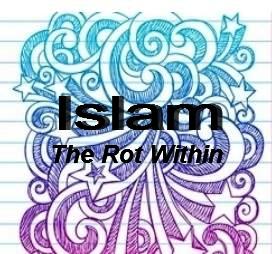 Ashgabat, 23 September 2015 (nCa) — The simple and simplistic verdict: Islam is suffering from internal infection. — There is Rot Within.

The Muslim scholars have been either in a state of denial or looking at the wrong symptoms for diagnosis. The larger and most prolific group blames everything on external elements including colonization of the Muslim lands, the deliberate fragmentation of the Ottoman Empire, the creation of Jihadis to defeat Soviet Russia, the exploitation of Muslim nations and resources by other people etc. etc.

This is truth but not the whole truth.

The other group, somewhat smaller than the first but still quite large, blames every ailment on the ‘weakness of faith’ among Muslims and the introduction of ‘impurities’ [Bidd’ah] in Islam.

This too is truth but not the whole truth.

Hardly anyone dares to paint a balanced and unvarnished picture.

Being neither a religious scholar nor a truly practicing Muslim, I am not qualified to write on this subject. However, the situation in Central Asia is moving toward a head-on collision with a lopsided version of Islam at some point in future.

The first instance when I realized the need for self-diagnosis and treatment of Islam was probably in 1994 or 1995. I will come to that incident later in this series.

Ever since, I have read more than 400 books on nearly everything related to Islam such as history, biographies, doctrinal and interpretative analyses, travelogues, poetry and of course, Quran and Hadith. What I have understood is limited by my perceptions and my ability to cut through the fluff and reach the core. Which is to say, whatever I will write in this series is just my own point of view, my expression of what I understood.

The few writers, who have tried introspection, usually start with the year 1258, when the Mongol armies invaded and devastated Baghdad. This is the basic flaw.

The fall of Baghdad was just the collapse of the termite-eaten structure; it doesn’t explain the onset of the rot. The whole thing was ready to crumble into dust anyway; the Mongols just happened to be at hand to deliver the blow.

From the point of view of Central Asia, the urgent issue is the threat of extremism and terrorism. It can be prevented but for that the governments will have to work together and that can only happen with mutual trust.

I will end this brief and abrupt introduction with a highly controversial cartoon. 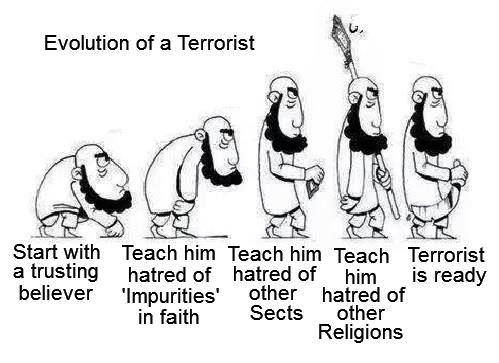