Ben Tanosborn April 29 marks a score since the “Los Angeles Riots,” sparked by a “not guilty” verdict rendered on four policemen accused of beating a black man, Rodney King, to a pulp. For six days the nation witnessed via television these riots in South Central Los Angeles where 54 people lost their lives and […] 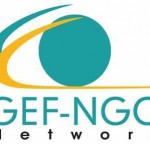 CENN, the GEF’s Regional Focal Point for the region of Eastern Europe and Central Asia (EECA), has launched an outreach campaign aimed at increasing membership of the GEF’s NGO Network in Central Asia. The GEF-NGO Network is calling on all eligible NGOs to join the Network and contribute to the development of international and regional […]